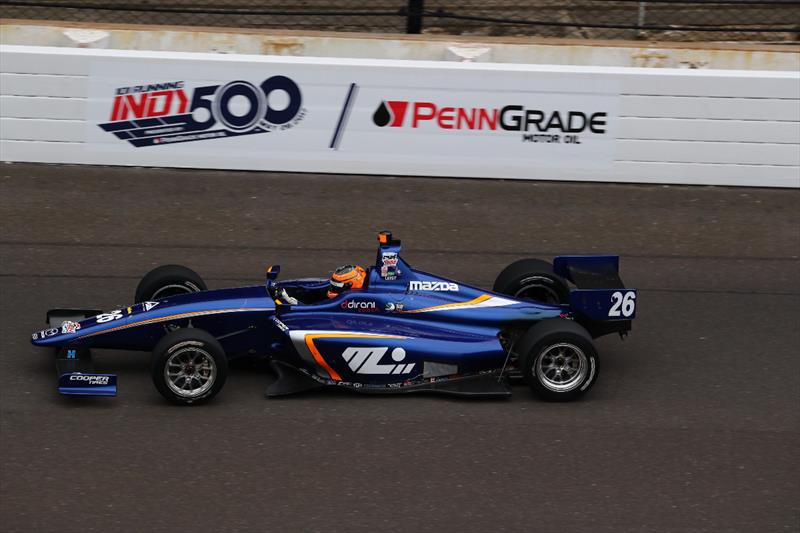 Matheus Leist has won Freedom 100 after leading every single lap and practically having no rival. Telitz and Kellett have been the only ones to challenge him and have finally taken second and third place respectively.

On first lap, Colton Herta spun after Dalton Kellett made contact with the back of his car. Herta enden into the wall and Ryan Norman didn’t manage to avoid him. Both had to retired and the yellow flag flew. Matheus Leist kept first place.

Green flag came back in lap 5 with Leist on the lead followed by Zachary Claman de Melo and Kellett. On lap 13, Kellett moved up to second. Claman de Melo started losing places and got passed by Aaron Telitz and Neil Alberico.

With Kellett in second, the gap with Leist started reducing, and it vanished definitely when Telitz took second position. On lap 34, Telitz tried the move for the lead, but Leist defended his place pretty well and Telitz had to slow down and lose his place to Kellett.

Towards the end, Santiago Urrutia got close to the leaders, but he brushed the wall on lap 38 and, despite not having an accident, his car got damaged and he lost his chance. On the last lap, Telitz recovered second place. Leist won leading all laps, followed by Telitz and Kellett. Kyle Kaiser, the championship leader, only managed to finish ninth.