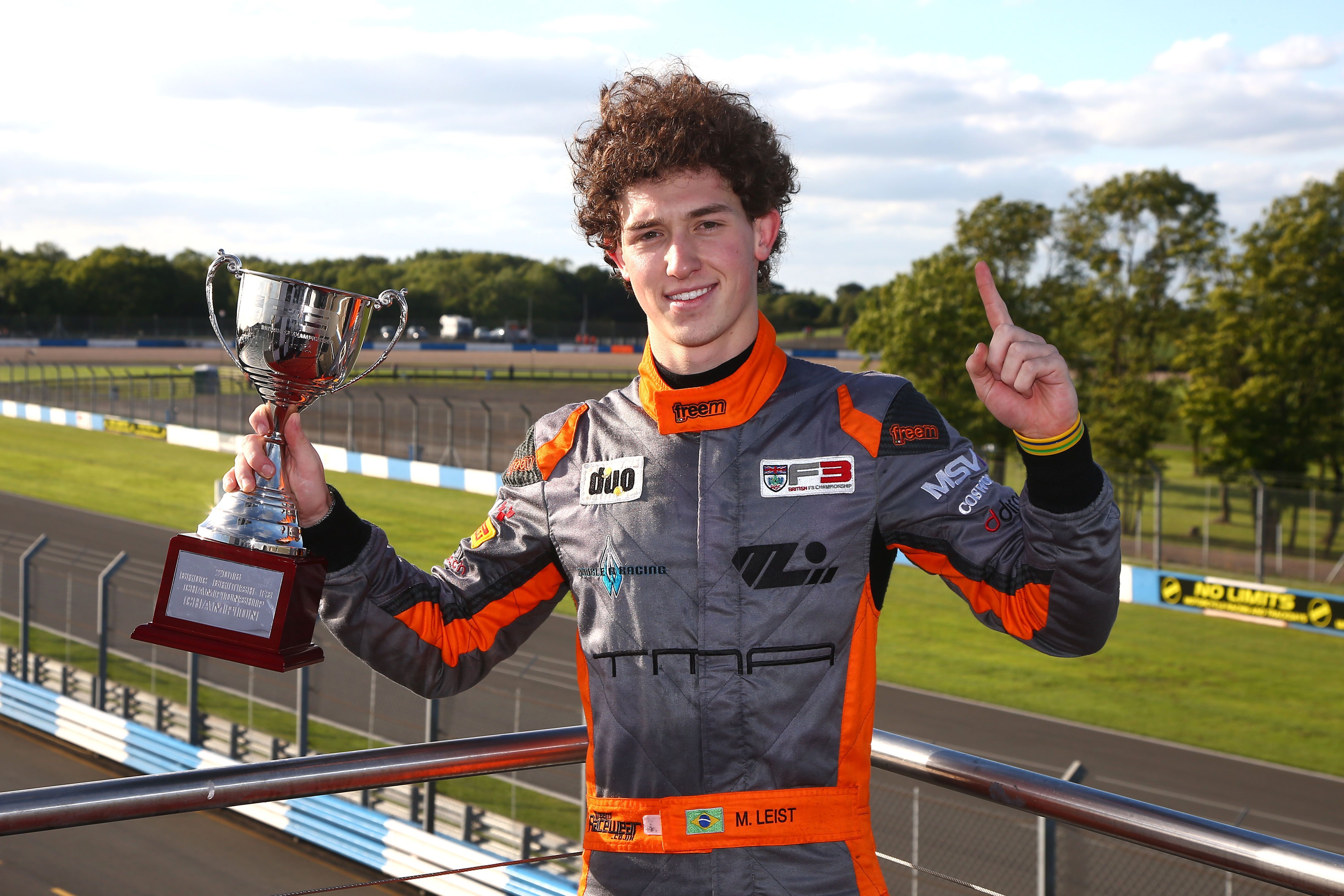 Reigning BRDC British F3 champion Matheus Leist will make the switch across the Atlantic and join Carlin’s championship winning Indy Lights team for 2017.  The 18 year-old racer who has marked himself out as one to watch on the European racing scene has enjoyed an impressive career in both Formula 4 and Formula 3.

Leist is a well-known name in the junior motorsport ranks in Europe, having been a front runner in both the British F4 and BRDC British F3 fields.  Liest’s debut season in the UK came in British Formula 4, then branded MSA Formula, where the Brazilian raced hard against Carlin’s eventual champion Lando Norris and former Carlin man Colton Herta.  In his debut season on UK tracks, Leist claimed two wins and seven podiums, enough to claim fifth in the championship standings.

The young Brazilian moved up to BRDC British F3 in 2016, showing his potential early on by claiming a victory in the first weekend of the season at Snetterton.  Leist went on to win three further races last season and an impressive 11 podiums to claim the 2016 title in a dramatic show down with Carlin’s Ricky Collard.

The 18 year-old also has experience of GP3 machinery, having taken part in all three official test days at the end of the 2016 season in Abu Dhabi where he was also regularly within the top five.

“I’m very excited to be joining Carlin in Indy Lights” said Leist.  “I had quite a few options open to me in 2017, but a combination of things, including the opportunities in the US and on the Mazda Road to Indy ladder, made Indy Lights a great option for me.   I have raced against Carlin before so I know how hard they push as a team to win.  I’m incredibly excited to get out on track in the car and get the season underway.”

“We have raced against Matheus for the last two seasons now, and have witnessed first-hand his race craft and raw speed.  Now we have chance to work together, it will be great to have those talents within the team rather than trying to beat them!  Indy Lights will certainly be a new environment for Matheus and a steep learning curve, but he has the ability and more importantly, the calm and determined nature to overcome these challenges.  I’m very excited to see what we can achieve together in 2017.”