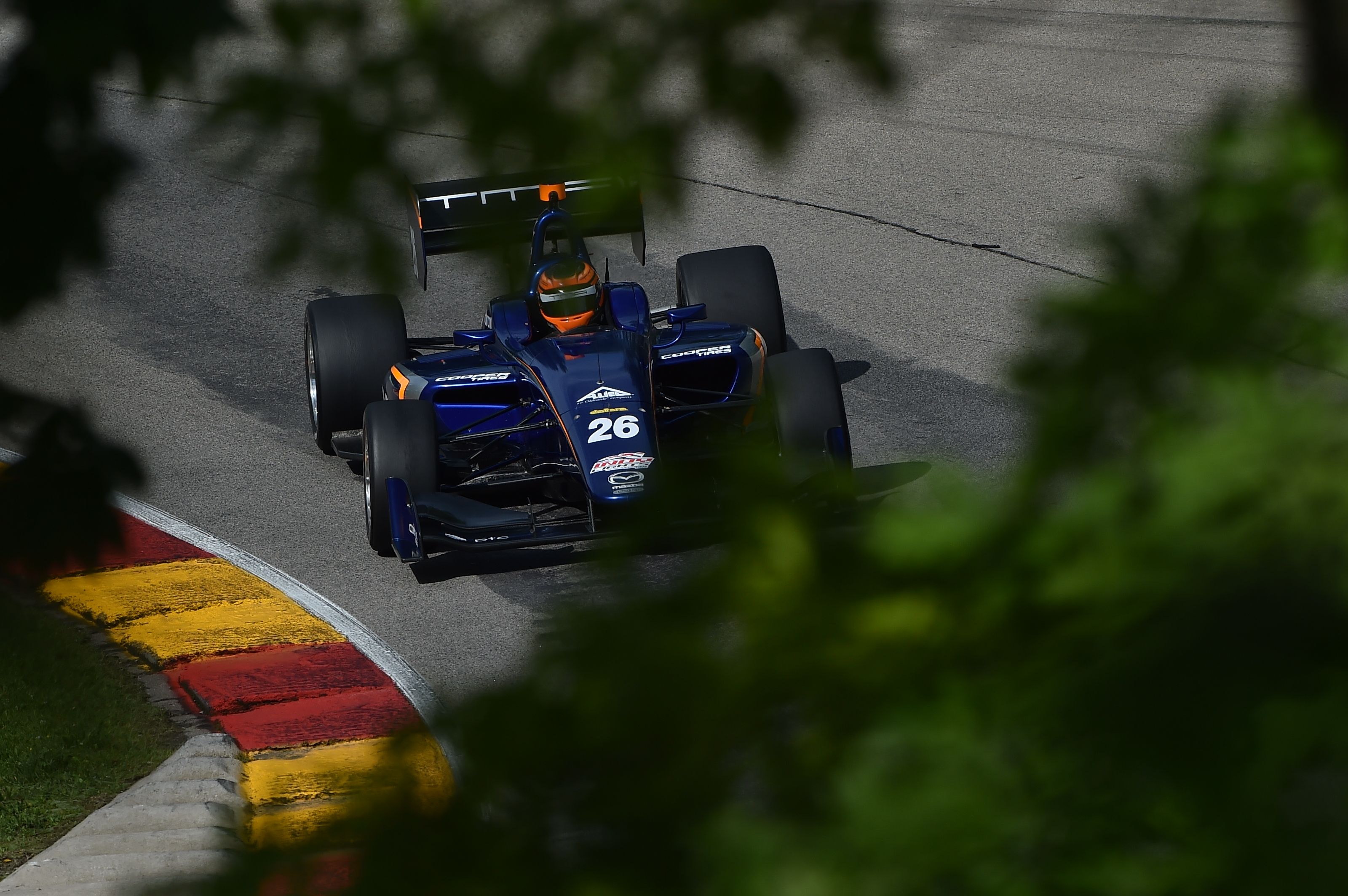 Matheus Leist has dominated one of the best races of the Indy Lights season. The Brazilian has won without trouble the first race of the weekend in Road America. Urrutia and Kaiser complete the podium.

After a month without races at the Indy Lights, the category has a double header this weekend in Elkhart Lake, Wisconsin. Matheus Leist (Carlin) was starting from pole position, maintaining the good feelings of victory in Indianapolis. The Brazilian managed to dominate the entire race and take the victory.

Behind the fight for the second position in the first laps has been very intense. Neil Alberico (Carlin) who was starting from this position, went off at the first corner and left this place to Ryan Norman (Andretti Autosport). But soon Kyle Kaiser (Juncos Racing), who came from surpassing Santiago Urrutia (Belardi Auto Racing), passed Norman by the outside of turn1, but Andretti driver left enough space for Urrutia to overcome both pilots for second final position. Kaiser completed the podium.