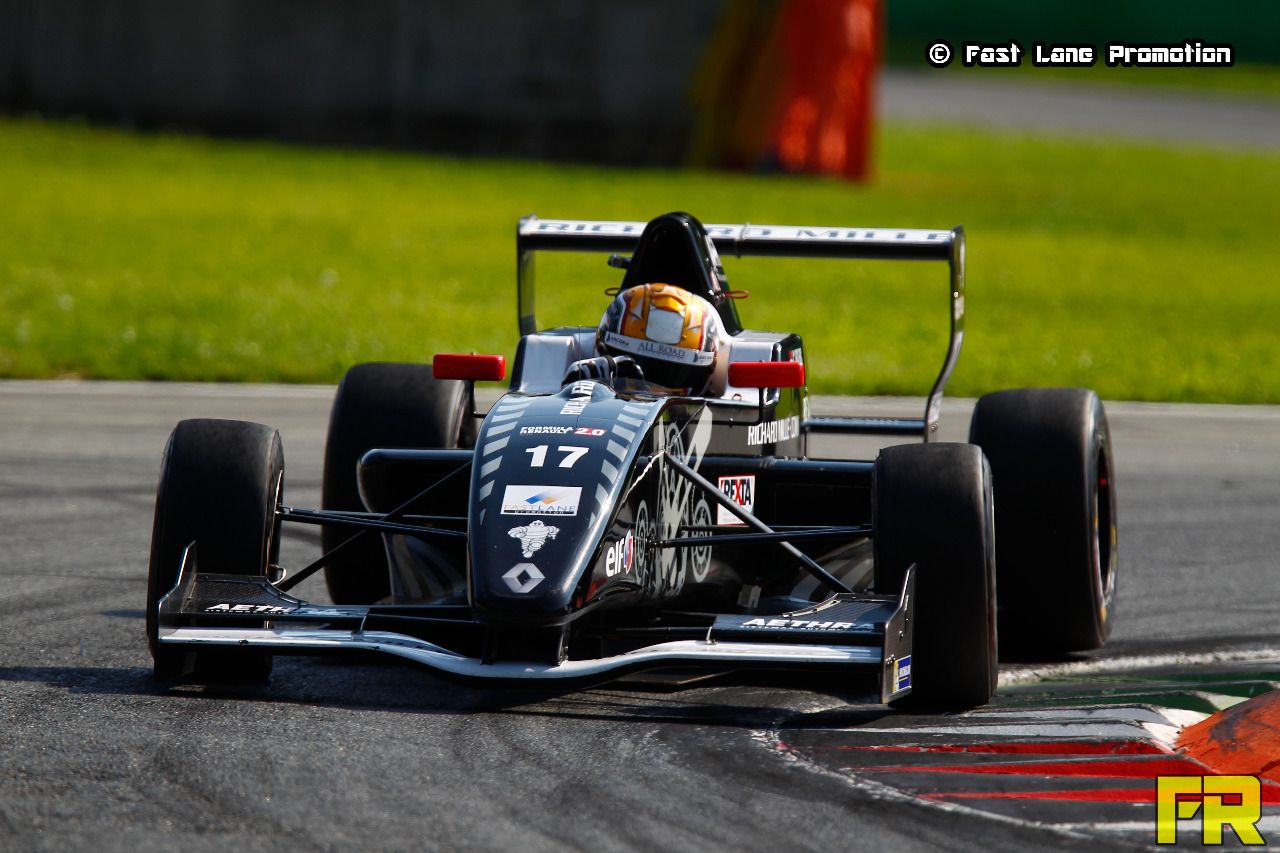 Charles Leclerc has won his second race in the Formula Renault 2.0 ALPS and completes a perfect weekend after winning yesterday too. The Monegasque now becomes the stronger driver; along with Isaakyan which can take the championship of De Vries.

At the start of the race, Aitken has stopped in the middle of the grid while Isaakyan climbed to first place followed by Leclerc, third was Rovera. Also in the first corner we saw an accident involving Barnicoat, Rinder and Korneev, two turns later Kodric and Evstigneev also suffered an accident but the two continue.
Another accident happens a lap later at Ascari curve between Hugo Saadeler, Yuan Bo and Stefan Riener; while Leclerc stood first in Isaakyan overcome.

The drivers did not take risks and De Vries rolling sixth just behind Fittipaldi, not in taking. Thus, the Dutch have a good chance to win the championship the next round at Mugello.

The possibilities to win the championship for De Vries to the Mugello race 1 are very high and if it fails in one race, the race will 2.