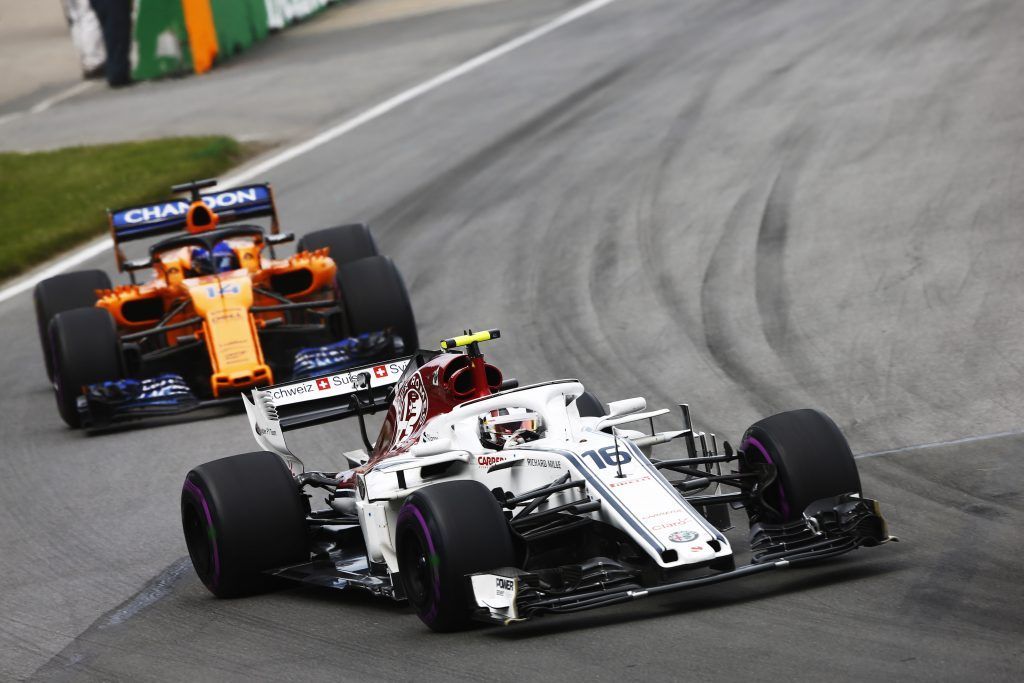 Sauber’s Charles Leclerc is learning it hard way in his young Formula 1 career going up against the two-time champion McLaren’s Fernando Alonso in already three of the seven races in the 2018 season so far.

In Azerbaijan, the Monegasque managed to take Alonso en-route his best F1 result so far. But the Spaniard took him on in his home ground in Barcelona where Leclerc was once again in the points scoring position.

In their third duel on track in the Canadian Grand Prix, the Sauber driver had a battle with Alonso for the last point scoring position upon re-start – both having made up three places from their starting position.

The fight continued for a handful of laps as Leclerc managed to fend him off until the Spaniard decided to pit on Lap 18. The McLaren driver went for an undercut which worked as Leclerc came behind Alonso in their fight for points.

But Alonso was forced to retire on Lap 40 due to an exhaust issue which helped Leclerc to finish in points again – his third of the season as he sits 14th with 10 points. “It was a great [fight with Alonso],” he started.

“Then he undercut us because he pitted one lap earlier. It was basically very hard behind him because again we had to manage the brakes a lot, but I am extremely proud of the team today.

“I think we have learnt from our errors in Monaco, especially on a track like Montreal where it is hardest on brakes of the whole year. It was a big challenge for us to come back from a brake failure in the previous grand prix, so I am extremely proud of them.”

Not only did Leclerc score a point in the race, but he had his fourth straight Q2 performance in a row in qualifying on Saturday, where he managed to beat both the McLaren drivers to start in 13th position.

The results from Leclerc and even Marcus Ericssion – who had a difficult run in Canada – has helped Sauber to 12 points in the standings, where they are eight ahead of Williams and seven behind Haas after seven races in the season.