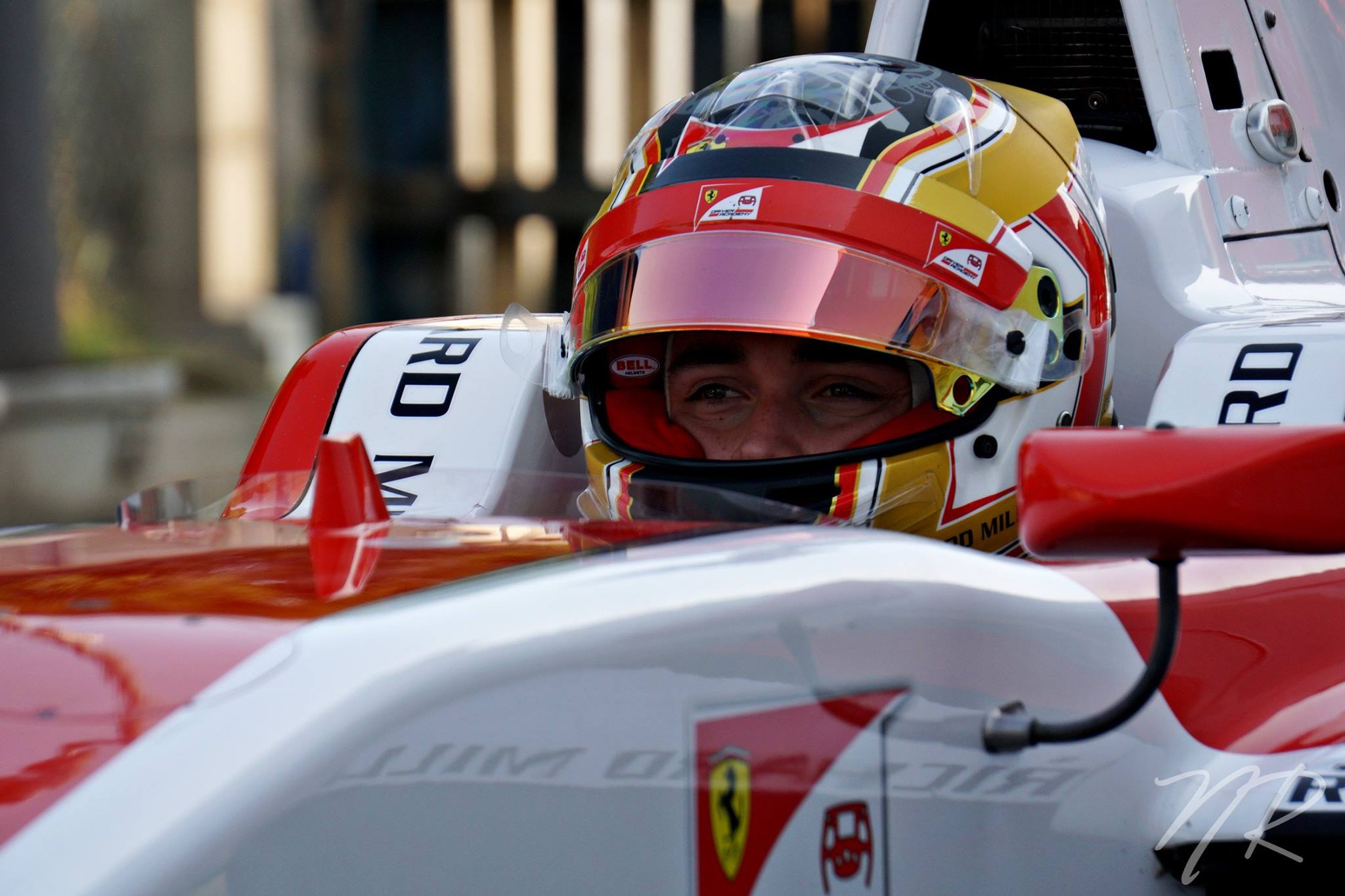 With already three FP1 sessions, Charles Leclerc will head out in the two FP1 sessions remaining this season in Esteban Gutierrez’ car.

As Haas F1 Team development driver, Charles Leclerc was announced to run in 5 FP1 sessions in 2016 with the American team alongside his GP3 Series campaign.

With already three FP1 sessions completed in Silverstone, Hungaroring and Hockenheim, Leclerc should have driven in Malaysia but a schedule problem with GP3 prevented him to do so. To even it out, Leclerc will run in Brazil during FP1 as he announced on social medias. The Monegasque driver has never driven on this track which is not on the GP3 calendar.

However, Leclerc knows quite well the circuit of Abu Dhabi where he will also take Esteban Gutierrez’ place in FP1. Indeed, he holds the track record with the old GP3 car that he set during last year’s post-season testing. Leclerc is currently leading the championship by 29 points from Alexander Albon, his teammate and main rival in the Series.