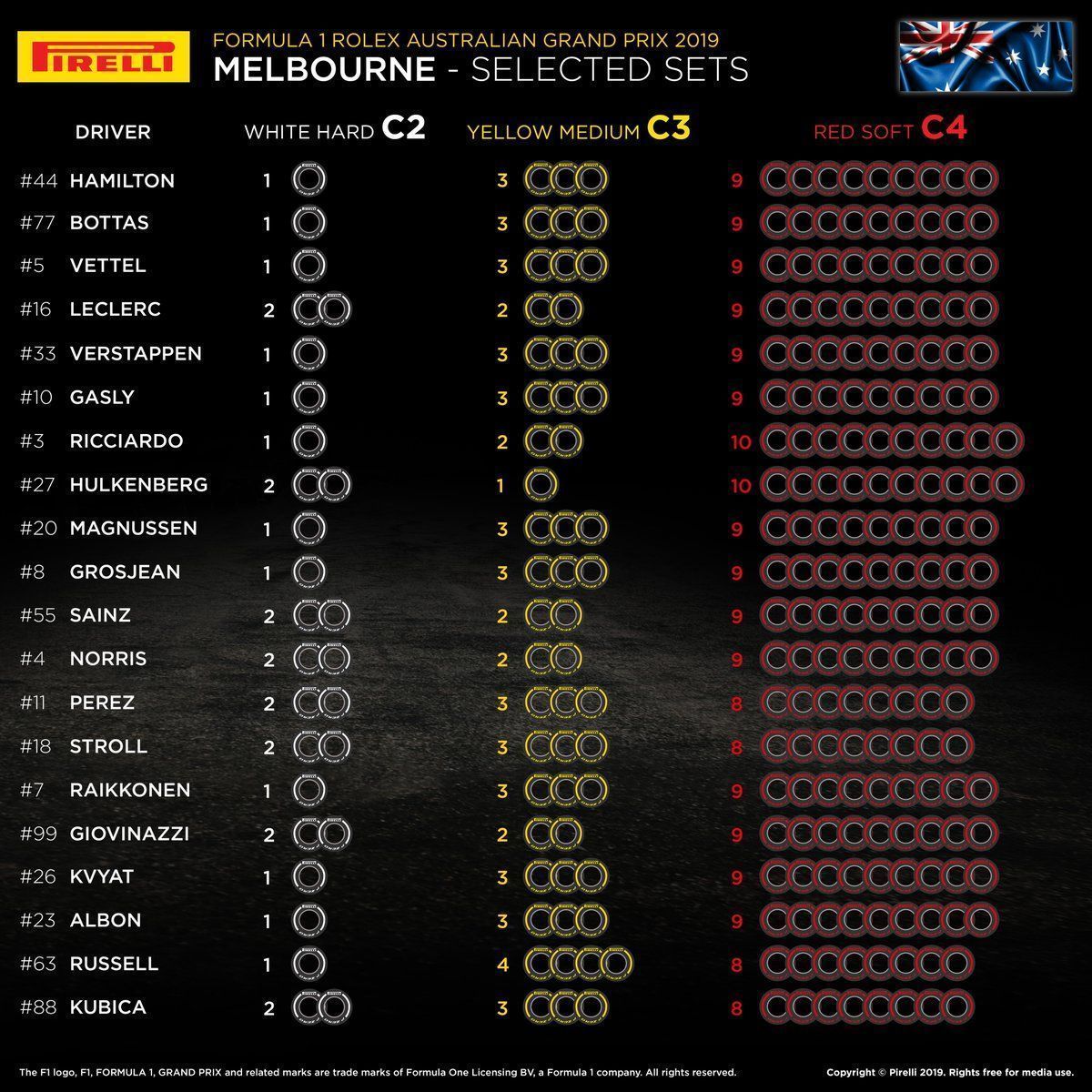 Charles Leclerc has differed from Sebastian Vettel, Mercedes and Red Bull Racing over his Australian GP tyre selection to start the 2019 F1 season.

Pirelli is to use only three colours from the 2019 F1 season onward in simple names as hard, medium and soft but they have five slick compounds homologated. For Australia, they will have C2 (hard), C3 (medium) and C4 (soft) compounds.

The Italian manufacturer has released the choices of the teams and the drivers with Ferrari’s Leclerc opting for a different combination than Vettel, Mercedes and Red Bull. The Monegasque has opted for two sets of the C2 (hard) compound.

It is same as Renault’s Nico Hulkenberg, Alfa Romeo Racing’s Antonio Giovinazzi, Williams’ Robert Kubica and the McLaren & Racing Point drivers. The rest all have gone for just the one set of the hardest compound available for the weekend.

For the second set, Leclerc has gone for two of C3 (medium) compound along with Giovinazzi and the two McLaren drivers, whereas Hulkenberg has gone for just the one set with the Racing Point drivers and Kubica going for three sets each.

Only Renault’s Daniel Ricciardo has opted for just the one set while Williams’ George Russell will have four sets of C3 compound with the remaining going with the three sets. As for the C4 (soft) compound, majority have opted for nine sets each at their disposal.

The two Renault drivers will have the maximum at 10, while the two Racing Point and Williams drivers have gone for eight sets each to complete the tyre selection for the Australian GP – the first race of the 2019 F1 season.

As the rule states, the teams get s13 set of tyres for the whole weekend, with one set of the softest compound to be kept by the Top 10 drivers to use in Q3. After the completion of qualifying, the Top 10 drivers will have to return that set, while the other drivers can keep it for the race.