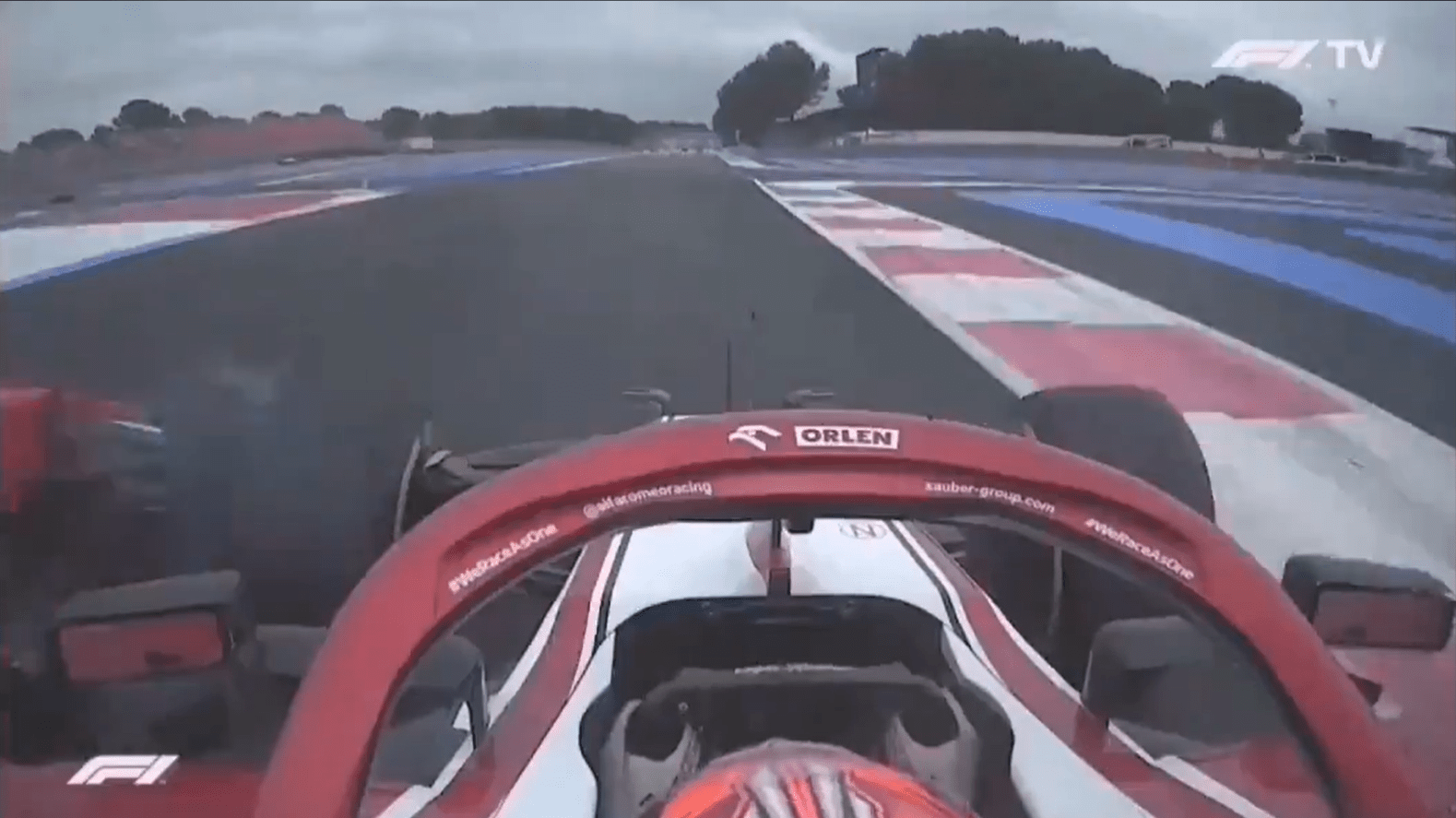 Charles Leclerc and Kimi Raikkonen had a moment towards the end of the F1 French GP which was not aired on the world feed.

In another miss from the world feed – naturally with just three laps remaining in F1 French GP – Ferrari’s Leclerc and Alfa Romeo’s Raikkonen bumped wheels at the end of the grand prix at Turn 8-9 sequence, where their front wheel/tyre touched into the left-hander.

After dropping out of the points due to tyre struggles, Leclerc switched to two-stop, which put him around the guys like Raikkonen and Antonio Giovinazzi, who were on one-stop and on the alternate strategy. The Monegasque was defending 16th from the Finn.

Raikkonen was catching Leclerc on the straight from far behind and came alongside on the outside, which became the inside line into the right-hander. Their front tyres touched, sending the Monegasque a bit off on his left, as the Finn then backed out of it.

Leclerc came on the radio straightaway to note that he was pushed off as he eventually retained the place with Raikkonen finishing 17th – both a lap down on the leaders. It was a hard run, anyways, for both the drivers, especially the Monegasque.

In fact, Leclerc struggled all-weekend long in France, especially with the front tyres. “It has been one of the most difficult races for my time in F1, I think both of the cars was struggling massively,” said the Monegasque to TV media. “We had 5-6 laps on the tyres, where we were good and then even though we were trying to take care of the tyres, they were degrading so much.

“On my side, we tried a second stop, we knew we would be out of points, so we just went for another stop and it was quite tricky because we were with blue flags and we didn’t gained much. We knew that the degradation will be big but not as much as this, so we were surprised, but it was not like we were not taking care of our tyres. We were surprised as others but our consequences was a lot bigger than others,” summed up Leclerc.

For Raikkonen, even though, they had the alternate strategy, it didn’t work as the degradation was a lot higher and the hard compound didn’t last longer for them in the first stint, leaving them on the medium for a large number of laps.

Here’s the video of the incident (FOM hasn’t uploaded an official video and so we are compelled to share a Youtube link – once F1 uploads an official video, we will replace it): https://www.youtube.com/watch?v=fdtpim94hTc