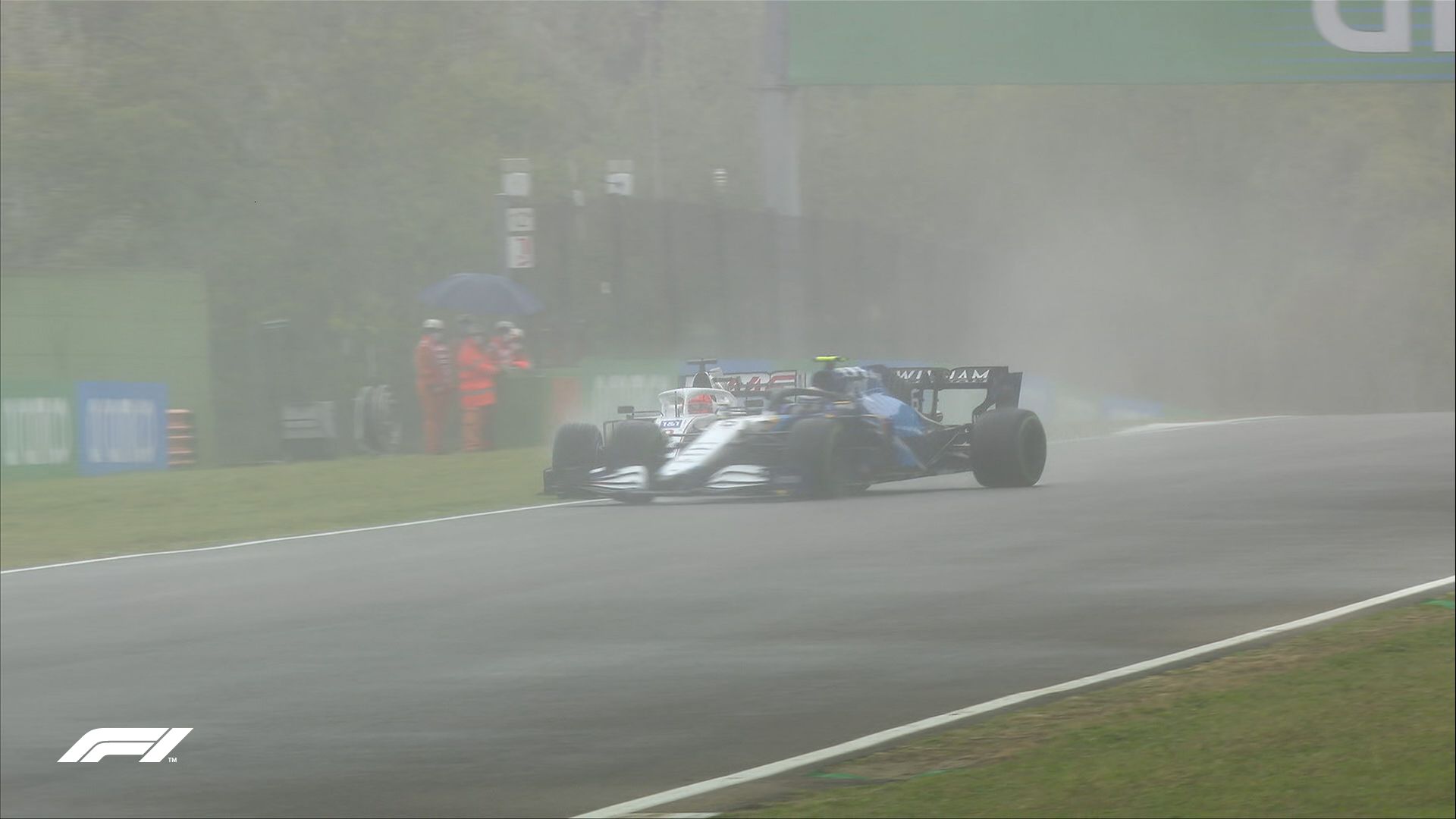 Williams’ Latifi says it would have “benefit” the race for the Imola GP to start under SC conditions, after his strong weekend.

With a damp track but rain no longer spitting, Latifi maintained that it was unwise to start the race from a stationary position as the FIA chose to do. The Canadian said the race’s first lap was the most treacherous he’d ever driven in his career, with spray “the worst [he’d] ever seen it.”

The Williams driver crashed heavily on the opening lap of the race, following contact with Haas’ Nikita Mazepin, and though he says he understands the decision to attempt a standing start, he still argues the decision was reckless.

“It was very tricky, to be honest with the laps on the grid it was difficult,” Latifi explained to media including FormulaRapida.net. “It was wet but I would say that was probably the most dangerous half a lap I’ve ever done in any of my driving. The spray was the worst I’ve ever seen it. I could not see anything up until the moment I had the first off.

“I’m just a bit surprised because normally when we don’t get any running in the wet, the race would normally start under Safety Car, and we have these new rules now that allow you to then restart [with a] standing start at least for the proper excitement which is fine.

“But I think it maybe would have been a benefit to at least give the drivers an opportunity to see what they’re going to get with all the cars on track. As I said it was the most dangerous half a lap I’ve done in history, I could not see anything. You could not see the rain light of the car that was right in front of you,” summed up Latifi.

The Canadian says his visibility was such that he was unaware of contact between himself and Mazepin in his race-ending crash, which was preceded by a spin from Latifi. “When I came back on, I was staying to the left side as much as I could,” he said. “I thought that I was the last car as I saw Vettel go by me and, to be honest.

“I didn’t even see Nikita. Anyway there was spray and looking back at the video he would have been right in my blind spot anyway. But I was not aware he was there. I actually saw the video not until quite a lot after the incident since I was in the Medical Centre for quite a long time, which actually just was a thing with the paper work.

“I originally thought I just got a bit of wheel spin and spun off because of that. So I was not aware of any contact with Nikita until quite a long time afterwards. It was very frustrating. Unfortunate,” added Latifi, who had a bad end to a good weekend.

“There were going to be some opportunities. Obviously very, very difficult conditions and actually frustrated with myself that I didn’t even get to participate in the race and see what could have been possible. But that’s how racing goes sometimes.”