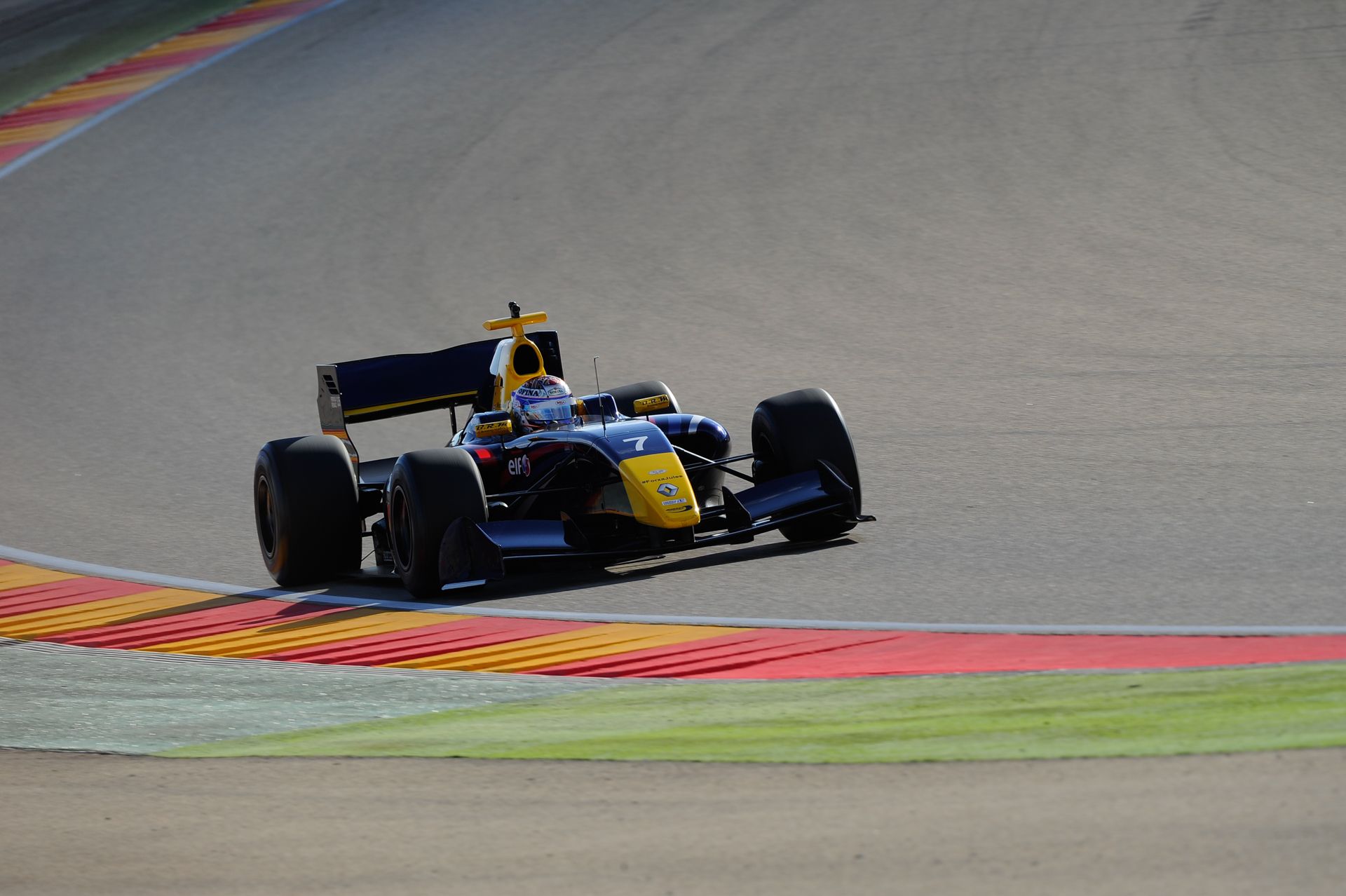 Nicholas Latifi (Arden Motorsport) posted the best time in Formula Renault 3.5 Series collective testing with the quickest lap of the week in 1:40.479 this morning. The Canadian driver was followed by Oliver Rowland (Fortec Motorsports) and Jazeman Jaafar (DAMS), the two fastest drivers this afternoon in the final session of the season.

There were several transfers to report for day three. After driving for Fortec Motorsports on Tuesday, Jazeman Jaafar moved to DAMS. Oliver Rowland returned to the British team alongside Egor Orudzhev, who was replaced by Nicholas Latifi at Arden Motorsport. Andrea Pizzitola was back in at Lotus, while Nelson Mason (Pons Racing) and Marvin Kirchhöfer (Comtec Racing) made their testing debuts.

In the morning session, Nelson Mason, Oscar Tunjo (Pons Racing) and Egor Orudzhev traded best time before Dennis Olsen (Strakka Racing) took over. Nicholas Latifi, Andrea Pizzitola then Pietro Fantin (International Draco Racing) led the way. In the final minutes of the session, Oliver Rowland went quickest before Nicholas Latifi answered with a time of 1:40.479 four minutes from the chequered flag. The Canadian preceded the Briton, while they were followed by Andrea Pizzitola, Pietro Fantin and Lucas Auer (Arden Motorsport).

Dennis Olsen dominated the second session early on before Oliver Rowland and Jazeman Jaafar went faster. The Norwegian answered, but Egor Orudzhev moved to the top of the time sheet. The pace accelerated in the final hour under the leadership of Oliver Rowland. With five minutes to go, Jazeman Jaafar retook best time, but the Englishman clocked a lap of 1:40.764 in his final run. Matthieu Vaxiviere, Andrea Pizzitola and Beitske Visser (AVF) completed the top five in this final outing of the season.

Nicholas Latifi : “I have really enjoyed these three days of testing. It was my first time at Motorland Aragón, so I had to find my way around it, work with the teams and improve both myself and the car. It was difficult jumping cars everyday, but in the end, I am pleased to get the fastest time of the three days ! I am disappointed with my final result this afternoon ; it was difficult to stay consistent with the wind. Not too many drivers improved in going to their last set of tyres, which shows how tricky it was. After the second best time ay Jerez, the best here, I’d like to keep on that way, finishing at the top. We’ll see what happens for next year !”

Oliver Rowland : “It was a good day back to get back in the car and stay active ! I could have done much better, but I made a lot of mistakes. We managed to be fastest this afternoon but I didn’t feel much comfortable with the wind and my tyres were quite on the limit late in the afternoon.”

Jazeman Jaafar : “I am happy with how these days went with DAMS and Fortec Motorsports. They are two top teams and I learned a lot. I was switching cars each day, so I had to readapt myself to the cars and their styles. We made progress, but there is still more potential and we maximize everything we could with the new tyres. Few areas can obviously be improved, but I am confident in what we have achieved and hopefully for more to come. I still don’t know if I will be here in 2015, but I would love to stay in the Formula Renault 3.5 Series.”