Citroen Racing has announced Esapekka Lappi with co-driver Janne Ferm as its second driver for the 2019 FIA World Rally Championship.

The 27-year-old will move to Citroen after two years with Toyota in 2019 to partner the returning Sebastien Ogier in the team. “Obviously, I’m delighted to be joining the team and to be the future team-mate of Sebastien,” he said.

“It’s a good opportunity for me to keep developing. After having learned many things from Jari-Matti Latvala last year, and from Ott Tanak this year, I’ll have everything it takes to be even better if I also manage to draw inspiration from Seb.

“I’m convinced that the car has a lot of potential, as does the team, which has a long history and lot of experience in the WRC. The fact that Pierre clearly wanted to recruit me also counted a lot when it came to making my decision.

“It’s also going to be a great challenge, trying to win together.” The Finn has raced with Citroen early in his career but only in two rallies as an independent entrant before driving the Skoda Fabia.

It was with Skoda Motorsport that Lappi took the WRC2 title in 2016 after which he switched to Toyota midway in 2017 and took his first-ever WRC win in his home rally in Finland – in only his fourth outing for the Japanese manufacturer.

He finished 11th despite missing five rallies in the season. He stayed with Toyota in 2018 and sits fourth with 104 points in the drivers’ standings with two rallies to go. But for 2019, he will join Citroen in a full-time capacity.

Team principal Pierre Budar said: “We were keen to sign up two very competitive crews for next year and the arrival of Esapekka is therefore excellent news. Putting faith in young drivers has long been hard-wired in the DNA of our brand and Esapekka certainly has the ideal profile.

“Talented, determined and focused, he should form both a complementary – and formidable – pair with Sebastien. We feel there is still more to come from him, so we’ll be doing what we can to get him in the best possible shape to help him continue his impressive rise through the ranks.”

The French team is looking to feature at least two cars in 2019 for the full season. Lappi’s seat at Toyota has been taken up by the returning Kris Meeke, who was dropped by Citroen earlier in 2018 for excessive crashes. 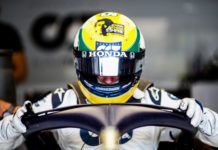