Home Single-Seaters FIA Formula 2 Lando Norris: “I never thought I would be racing at Daytona.” 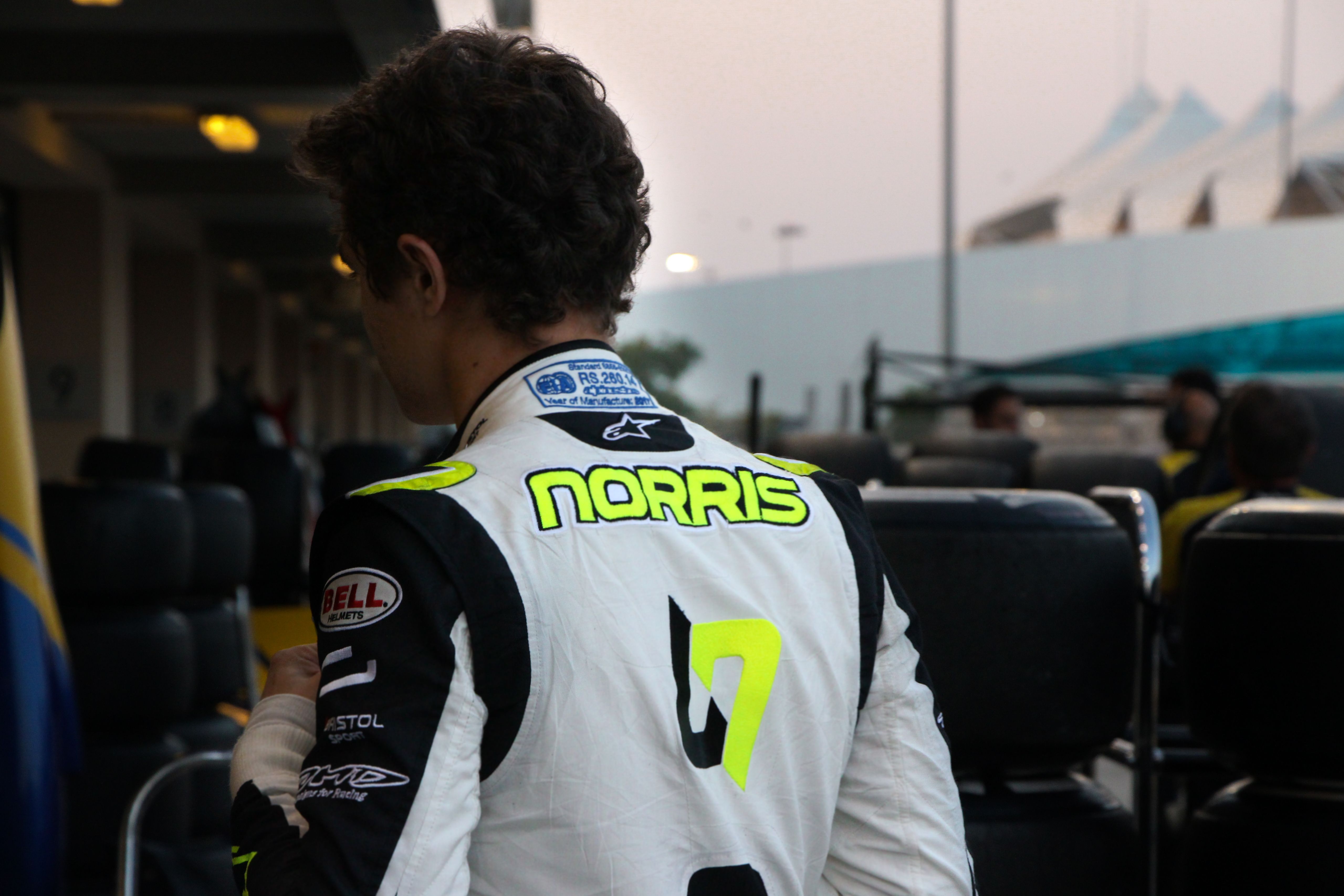 First things first, congrats on your season in F3! It’s been quite an impressive season, with 9 wins and 20 podiums overall. How have you experienced your season, it being your rookie season?

Lando Norris:          “Thank you! Eh.. I think it went very well, better than I expected it to go.Especially, going with Carlin I expected it to be worse, more in the beginning of the season. And then for us to progress more, especially towards the middle and the end of the season. At Silverstone I think we did a much better job than we thought we would, compared to a team like prema. And there the expectations, or at least my expectations changed when I realised winning the championship was possible. In general, I did a better job, or the team did a better job all together than we probably thought we would do and ended up winning. So pleased.”

Obviously, you also participated in the Macau Grand Prix. How was that for you, cause you seemed to struggle a bit with the pace? Maybe the tyres?

LN:         “Yeah for me, I struggled more with the tyres. I think my one lap pace was really good, my only problem in the races was the tyre wear. And I just struggled, euhm.. to make the tyres last as long as some others did basically. Don’t really know why, cause I didn’t even feel like I was pushing that much. Maybe the small things and that all adds up, but yeah didn’t feel I was pushing that much and I still struggled a lot in the end so yeah, think that’s about it.”

Would you like to race in Macau next year again?

Now coming to F2, this was your first weekend. How have you experienced it, coming from F3 with the Hankook tyres and having the Pirelli tyres in F2? What was the hardest thing to adapt to?

LN:         “A little bit of everything to be honest. I’ve never been here before and with such limited laps, where you need to constantly try something , it was very difficult to get used to the track. At the same time, getting used to the car, maximise the tyres and working with a new team, all of it together was difficult to get right. Yet the tests have gone much better than the race weekend did, just because I am more confident, I know the car a bit more, the tyres. We’ve done a better job in general so.. I definitely did worse than I expected, but yeah I think it wasn’t just that I was bad. It just took more time than I thought it would to adapt to it.”

You’re been confirmed with Carlin next year, yet the car is going to change compared to this one. Do you think this weekend will have helped you for next year?

LN:          “I think so, cause the tyres are the same. So I am not really afraid about the tyres and that’s a quite crucial thing, but just getting used to the race weekend, pressure, the qualifying layout with very limited laps. Yeah with the tyres and whatever and the races I think I already know more than someone would if they just went straight into the race so.. I definitely think it has helped, but it’s gonna be still completely different.

Contrarily to a lot of drivers, you’re going to have a short break considering you’re going to Daytona. Did you ever think that would happen, especially with Fernando Alonso alongside you?

LN:          “No, I think it’s come along a lot more because of McLaren and Zak Brown. He was the guy that I was speaking to and offered me the opportunity to. It’s definitely something that I didn’t want to decline, cause I think it’s just fun and good experience. Nothing else we could really be doing so, yeah I think it’s just going to be a good experience.. And I kind of knew at the time, Zak was pinching at having a good teammate, but I didn’t really expect it to be Alonso. So yeah I definitely think that’s just a nice addition, I think it’s already gonna be a fun weekend.”

Do you think doing Daytona will make you want to do Le Mans as well?

Do you have any racing idols?

LN:        “Just Valentino Rossi. Since I was young, he’s the guy I supported the most. There’s no one else really that I’ve wanted to watch, only really him.”

What are you most looking forward to for next year?

LN:          “Daytona and yeah I don’t know, going back working with Carlin. Cause I feel very comfortable there, I know everyone. Yeah it kind of feels like home basically, I know what they’re capable of so I’m looking forward to the season with them.”