Lando Norris has been amazing. His rival son this F2 could only see him at the preparations on the grid, during the podium and on the press conference. He has been such dominant, despite and advice from his engine, he could beat all the drivers of the feeder series.

His strategy has been simple but effective, and the McLaren protege reached without any big effort his first F2 victory. The best has come from behind.

The race had 1 lap less because Roberto Merhi and Artem Markelov have stalled their cars before lights went green. After aother formation lap, the race started with a fantastic first meters for Carlin driver Lando Norris.

Alongside Norris, Markelov has been ths fastest driver of the day. Impressive overtakes, like the one he did over the DAMS driver Alexander Albon. A great break which make the fans stand up on the crowd. After the fight with Albon, the fights against Maximilian Günther and Jack Aitken have been really interesting.

On the final laps, Markelov tried to ctach up Sergio Sette-Camara. The brazilian defended his position very well, and finally was second avfter a very dificult move. The russian driver from Russian Time pased him thanks to the DRS system, but the brazilian from Carlin break a meters ago than Markelov and got the inside on the corner. Markelov blocked up his tyres and let Sette-Camara to win the position and keep the russian behind him.

The fights for the eight place, always important on F2 because it gives the pole for the second race, have been though. At the end, Günther will be the man who will start on the front row tomorrow.

In addition to Merhi, the bad news from the race are the performance of the japanese drivers, Tadasuke Makino and Nirei Fukuzumi. They weren’t able to get something from the fourth row at the start and the will start from the back on tomorrow race. 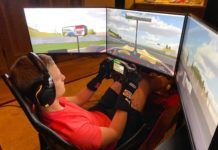