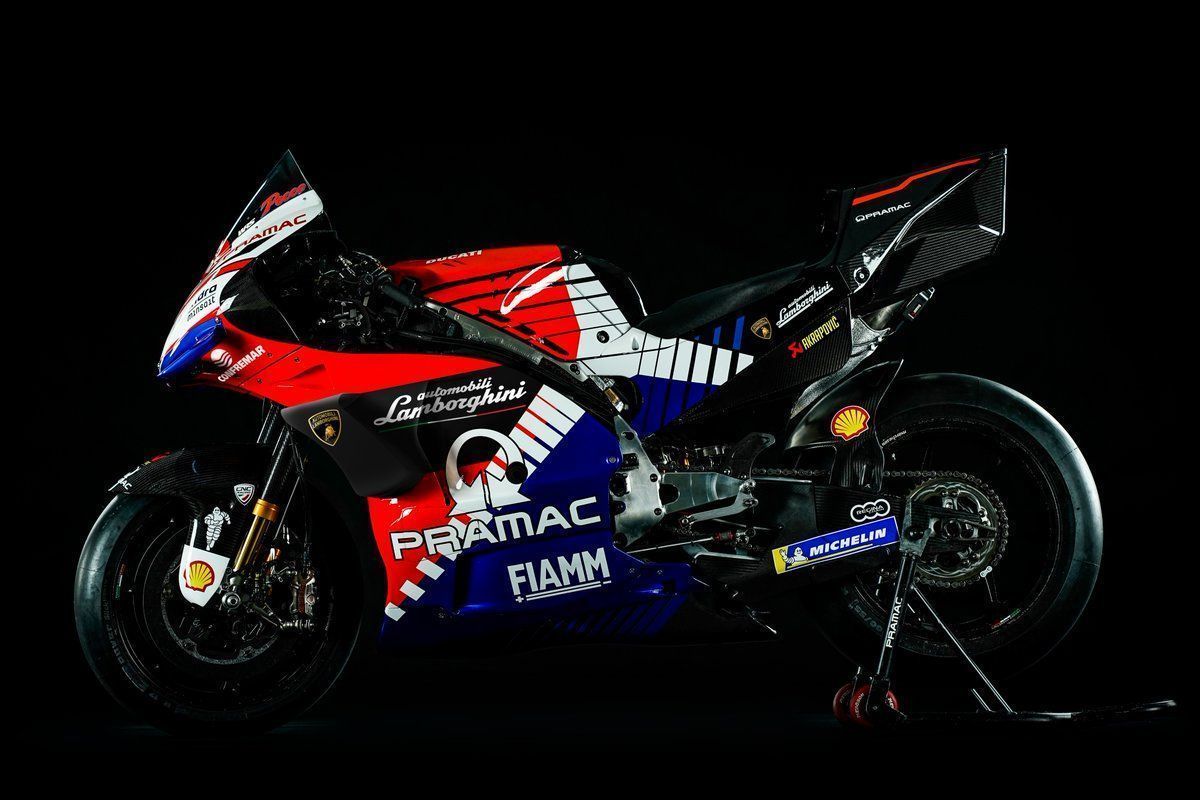 Automobili Lamborghini has become the title sponsor of Pramac Ducati for the Grand Prix of the Americas of the MotoGP this weekend.

The Italian outfit ran a special Lamborghini livery in last year’s MotoGP race at Mugello when they first had an association. The two re-unites with the Italian manufacturer named as the title sponsor in this weekend’s grand prix at Circuit of the Americas.

The team revealed a special livery for the weekend for the pair of Desmosedici GP of Jack Miller and Francesco Bagnaia. The two riders will also have the chance to drive the Huracan during the weekend with the team staff getting three Urus for their travel.

Pramac Racing’s team principal, Paolo Campinoti said: “Running a Grand Prix as important as the United States, with the Lamborghini logo next to the Pramac one on our fairing, is a source of great satisfaction for us.

“We are proud to have Automobili Lamborghini as title sponsor of the Grand Prix of the Americas and this underlines that the relationship between Lamborghini and Pramac goes beyond the feeling of deep friendship that binds me to Stefano Domenicali.”

At the same time, Chairman and CEO of Lamborghini, Stefano Domenicali added: “What better occasion than the Austin GP to confirm the important collaboration between Automobili Lamborghini and Pramac Racing.

“The main objective of this collaboration is to create a system of Made in Italy excellence. The United States is the ideal place to develop, consolidate and communicate the concept of great Italian manufacturing. The synergy with Pramac goes in this direction.”

The news comes at a time when Pramac’s original title sponsor Almac’s boss is embroiled in a tax evasion case in Italy. Already, the team removed all the branding of Almac during the Argentina GP but it remains to be seen how they take the matter forward.