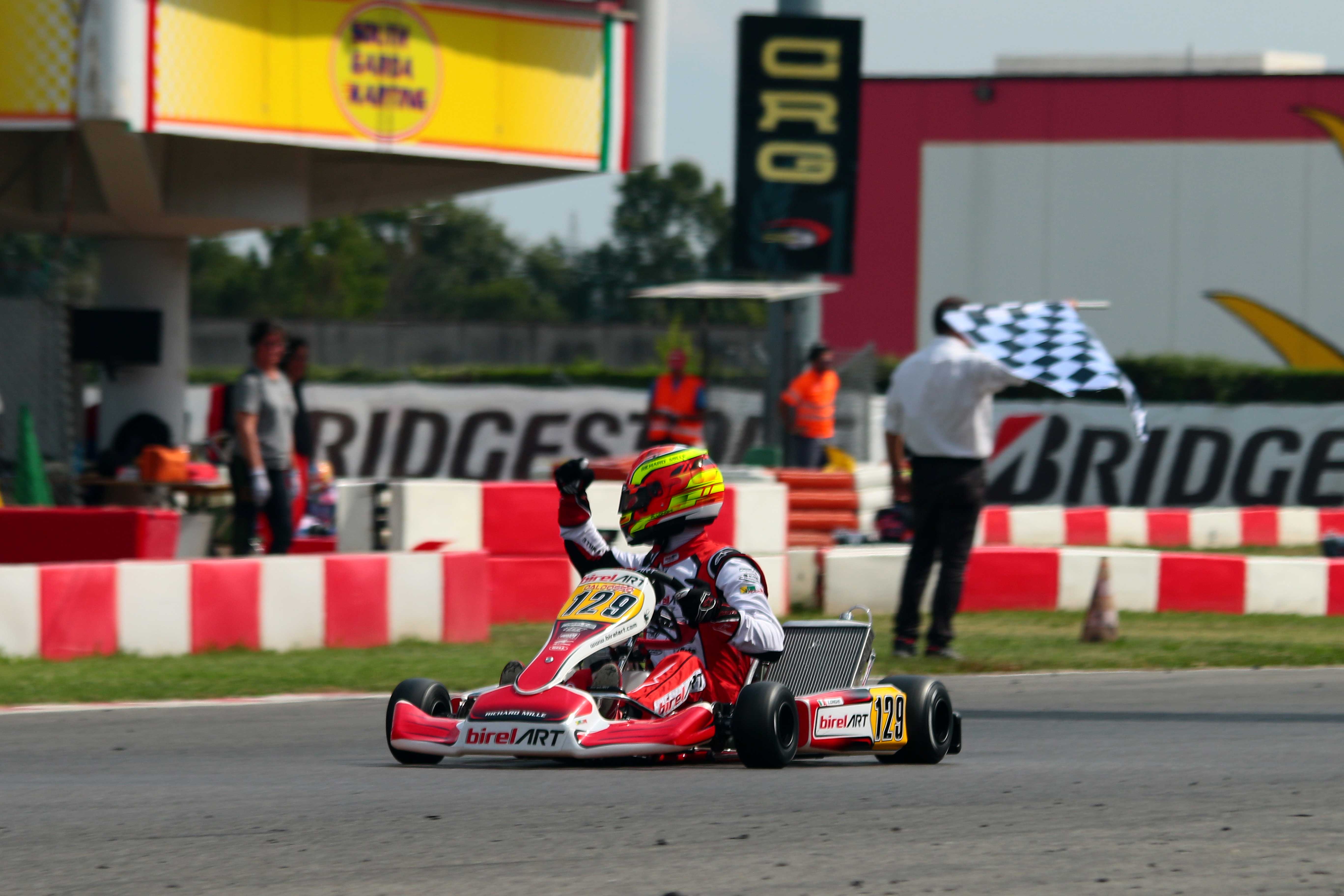 Birel ART’s driver achieved the Friday’s pole position and he was first in almost all the heats. Furthermore, he won the prefinal. Nevertheless, Longhi started second in final because Tony Kart’s Marco Ardigò was fastest in prefinal.

In final, Marco Ardigò kept the leadership in the first lap, but a mistake in the beginning of the second one allowed Riccardo Longhi overtook him. Birel ART driver took a big advantage and he could win the race 3 seconds ahead of his compatriot.

Behind them Sodi’s drivers, Alex Irlando and Adrien Renaudin made spectacular recoveries. The first one finished 8th after started from the 15th position and the second one ended 13th after started 24th.