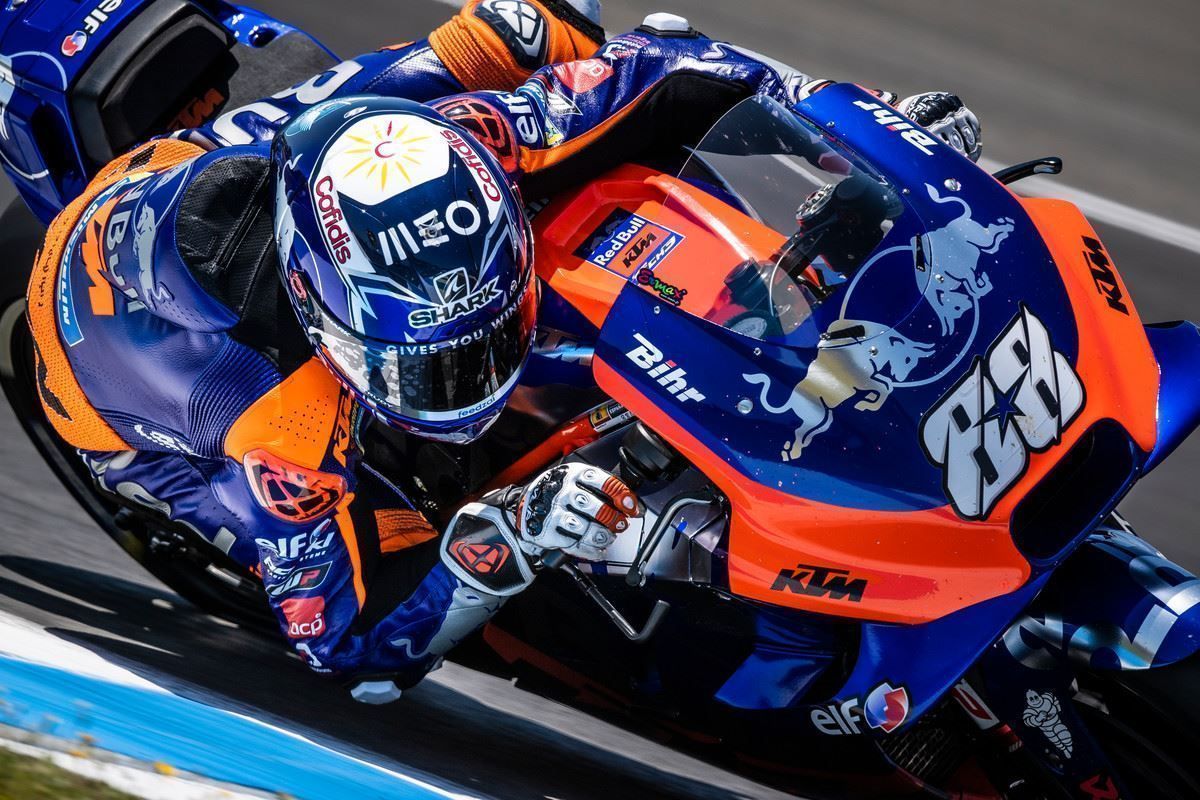 Moto2 graduate Miguel Oliveira will stay with the KTM Racing family for the 2020 MotoGP season, it has been confirmed.

Oliveira made his MotoGP debut with KTM’s new satellite team Tech 3 Racing in 2019 and has enjoyed a solid run so far with seven points to his name in the three outings. The Portuguese has looked far more comfortable abode the RC16.

Even though he is behind factory KTM rider Pol Espargaro but he has done well against teammate Hafizh Syahrin and has looked in better shape than Johann Zarco as well. There were talks of him getting an extension ahead of this weekend’s Spanish GP.

The timeline for the confirmation wasn’t set but the Austrian manufacturer eventually did it after the third practice session. It is certain that Oliveira will continue riding for Tech 3 as both Espargaro and Zarco have a secured contract to be with the factory KTM team.

“We are extremely happy to announce that we have activated our option with Miguel and his contract with us early because what he has shown in the first races is really good for us and there is no reason to wait any longer.

“We’re really pleased to have a rider of his clear potential inside KTM for another year,” summed up Pit Beirer, KTM Motorsports Director. With the 24-year-old now confirmed, it remains to be seen if the struggling Syahrin will get the nod or not for 2020.