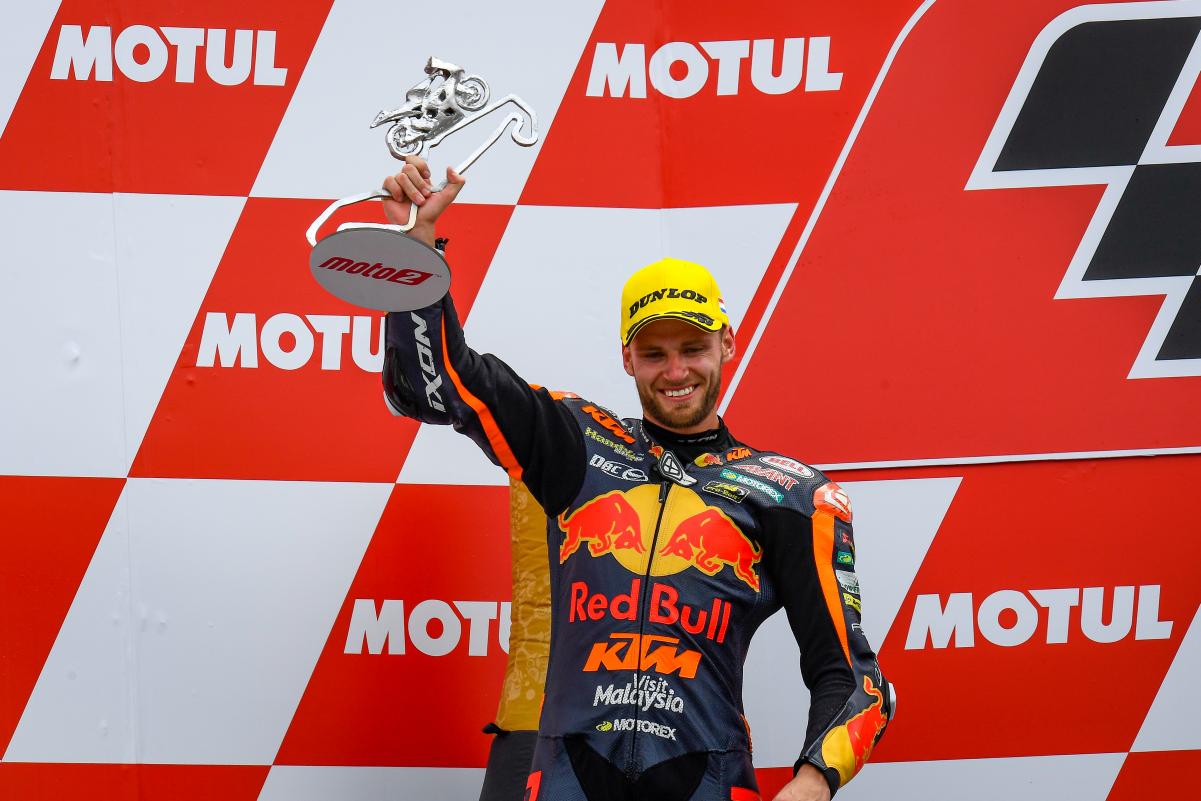 KTM confirmed about talks with Brad Binder regarding a MotoGP move but there is no contract signed yet between the two parties.

Ahead of the German MotoGP race this weekend, reports from Germany came in about KTM already having signed Binder for a premier class debut in 2020 season. The news was debunked by KTM’s Pit Beirer to MotoGP website during the weekend.

Beirer though acknowledged that the talks are on between the manufacturer and the Moto2 racer but they are yet to sign a contract to firm the move. For now, Johann Zarco, Pol Espargaro and Miguel Oliveira all have a contract in place for 2020 MotoGP season.

That leaves the under pressure Hafizh Syahrin’s position in question with the Malaysian having a troubled season so far. It is not just Syahrin but Zarco as well has had difficulties in getting used to the KTM machine, which Espargaro and Oliveira thrive on.

Both have made progress but it remains to be seen what the future holds. At the moment, it looks like if Binder is to make the move, it should be at Tech 3 for Syahrin but nothing can be confirmed with the South African unlikely to win the Moto2 title.

He is eighth in standings with 84 points in his third full year in Moto2. “I can comment that the German-speaking website was pretty fast,” said Beirer. “But we are thinking that way and we used an option with Brad to make sure he’ll be with us for next year.

“So, that option was used already some time ago but that was purely for Moto2. If you discuss with the rider one step higher, he’s interested and we are working on that and talking about that, but there is no signed contract and that’s why we can’t confirm or talk about this situation.”

KTM keeps Oliveira in their line-up for 2020 MotoGP season