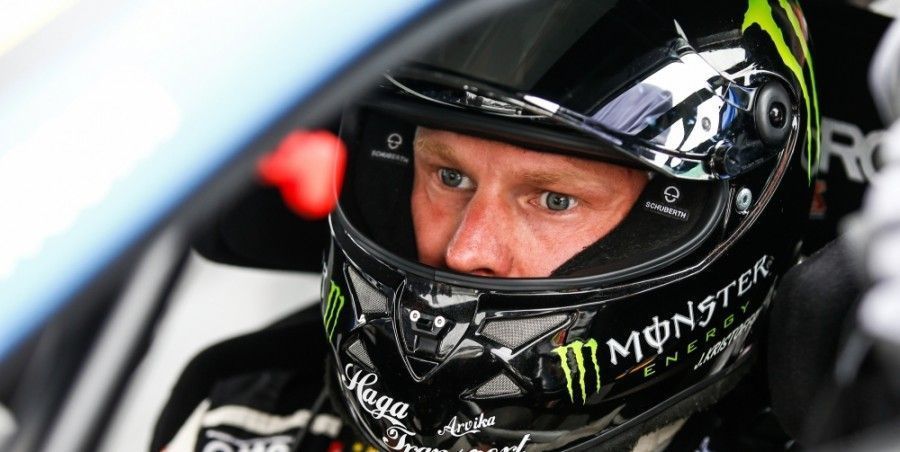 Sweden’s Johan Kristoffersson has produced another dominant display in the FIA World Rallycross Championship presented by Monster Energy after winning today’s World RX of Canada, round eight of the World Championship.  The victory is Kristoffersson’s third event win in a row – and fourth of the season – and has seen the Swede extend his lead at the top of the driver standings by 35 points.  It is also the first time in World RX history that a driver has finished on the podium in seven consecutive events.

Two-time World RX Champion Petter Solberg finished runner-up, making it a one-two for PSRX Volkswagen Sweden this weekend. Team Peugeot-Hansen’s Sebastien Loeb took the third podium spot.  EKS driver Topi Heikkinen is the only driver to have reached every Canadian final since it was introduced to the World Championship in 2014.  He was awarded the Monster Energy Super Charge Award following his rapid launch on the start of today’s final but was denied a podium spot due to a slow puncture.

MJP Racing Team Austria’s Kevin Eriksson had another solid weekend in his Ford Fiesta RX Supercar finishing fourth, one spot ahead of Heikkinen.  Team Peugeot-Hansen’s Timmy Hansen finished sixth after the Swede retired from the final on the penultimate lap due to a technical issue with his car. Reigning Champion Mattias Ekstrom ended the seventh overall after the Swede suffered from a clutch problem which dropped him to the back of his semi-final.  Meanwhile temperature problems denied Janis Baumanis a spot in the final and the Latvian STARD driver finished in eighth place. Elsewhere Hoonigan Racing Division’s Ken Block finished ninth with Kevin Hansen rounding out the top ten.

In the RX2 International Series presented by Cooper Tires, it was Frenchman Cyril Raymond who returned to the top of the podium after a lights-to-flag victory in today’s final. Belgium’s Guillaume De Ridder finished second, while American Tanner Whitten took the third podium spot.  Great Britain’s Dan Rooke was leading overnight but a collision caused the 20-year-old to retire from the final.  In the overall RX2 standings, Raymond now leads Rooke by 14 points.