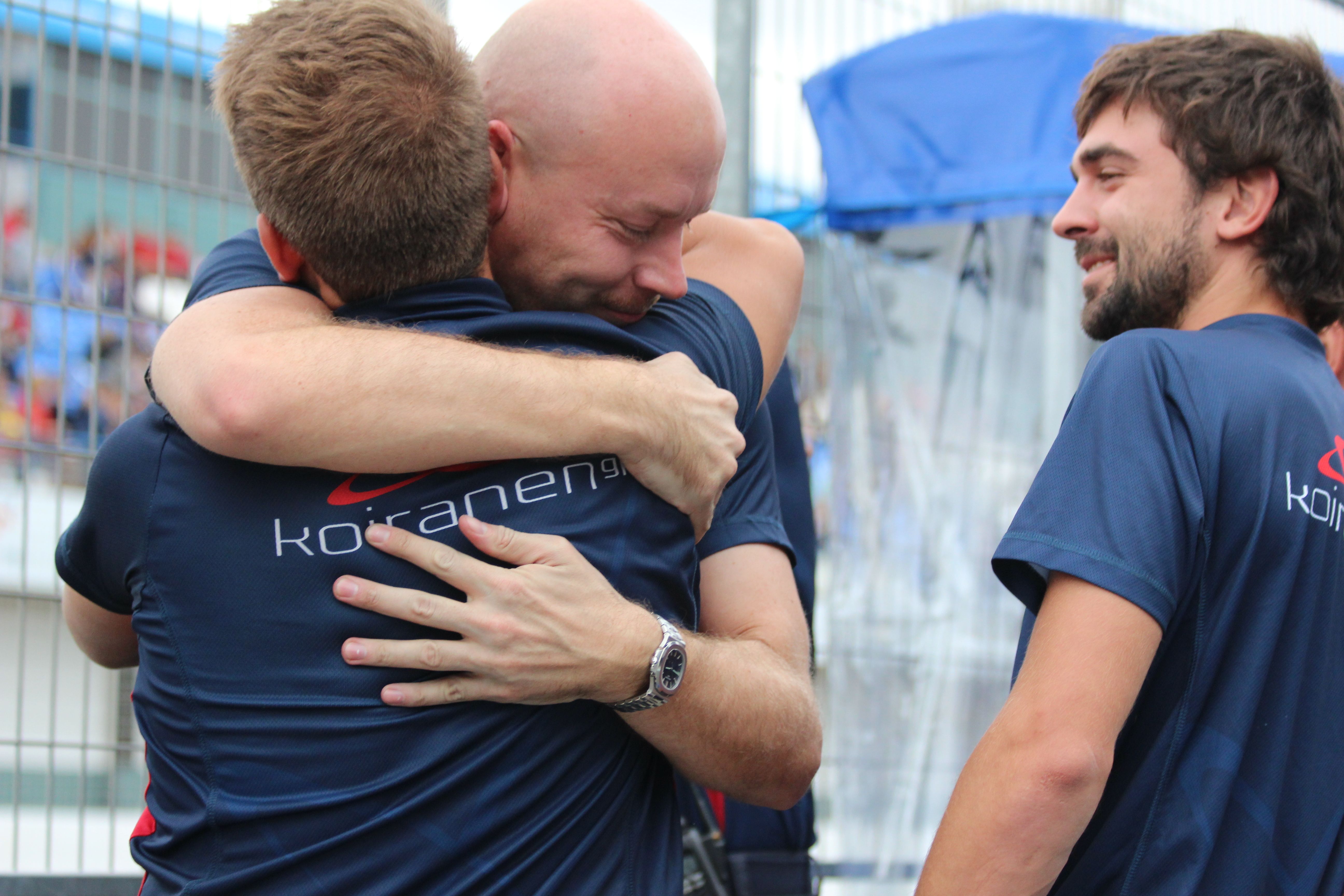 After another successful season for the Finnish team, Koiranen GP has decided to withdraw from the Formula Renault 2.0 Eurocup and ALPS for the coming season. A decision taken as the multiple-times champion team has expanded its activities towards another junior category, still focusing on what they do best: teaching the young drivers to become better sportsmen.

“Koiranen GP has marked the Formula Renault Eurocup and ALPS for the five past years. With champions as Kevin Korjus, Daniil Kvyat, Carlos Sainz Jr, Nyck de Vries or Jack Aitken, we have proved in few years only to be a very strong competitor in the category. Today, we are ready to take new challenges and aim for new titles” commented Afa Heikkinen, Koiranen GP CEO.

Koiranen GP will be involved in three different programs in 2016.

GP3 Series will be the main program for the Finnish racing team. After three years in the Championship, Koiranen GP will be aiming for the highest step of the podium in 2016. Seventeen years old Matevos Isaakyan is the first driver confirmed from Koiranen GP’s line-up. The SMP Racing driver who already entered the two last 2015 rounds will compete the complete season next year.

Koiranen GP will still be the SMP F4 NEZ Championship promoter with new countries added to its calendar, which will be revealed later this week. Four drivers are already confirmed for the second season of the FIA certified championship. Finnish drivers Tuomas Tujula and Juho Valtanen, the latter being the 2015 Finnish karting champion; and two Russian drivers, Denis Mavlanov who was already competing in the 2015 season and fifteen years old Alexander Vartanyan who made two strong appearance last season in Moscow Raceway and Parnu.

But 2016 novelty will come from Spain, where the Finnish team will promote theF4 Spain Championship certified by the FIA, visiting the famous Iberian circuits of Navarra, Motorland, Valencia, Jerez, Barcelona, Jarama and Estoril. The championship will kick off in June 2016.

“Koiranen GP won renown for breeding Formula 1 with its newest drivers. To reach that level, the basic work has to be strong to enable them to focus on learning from each step of their journey to the top. Our decision to extend our operations in the new FIA F4s categories is to continue on teaching young drivers, through a very good frame designed by the FIA to allow cost-effective equal chances for everyone” says Alexandra Consani, Executive Director.

Time is now for the team to take some deserved holidays after they completed the Winter Junior Challenge last week-end, few weeks off before starting another very busy motorsport season.