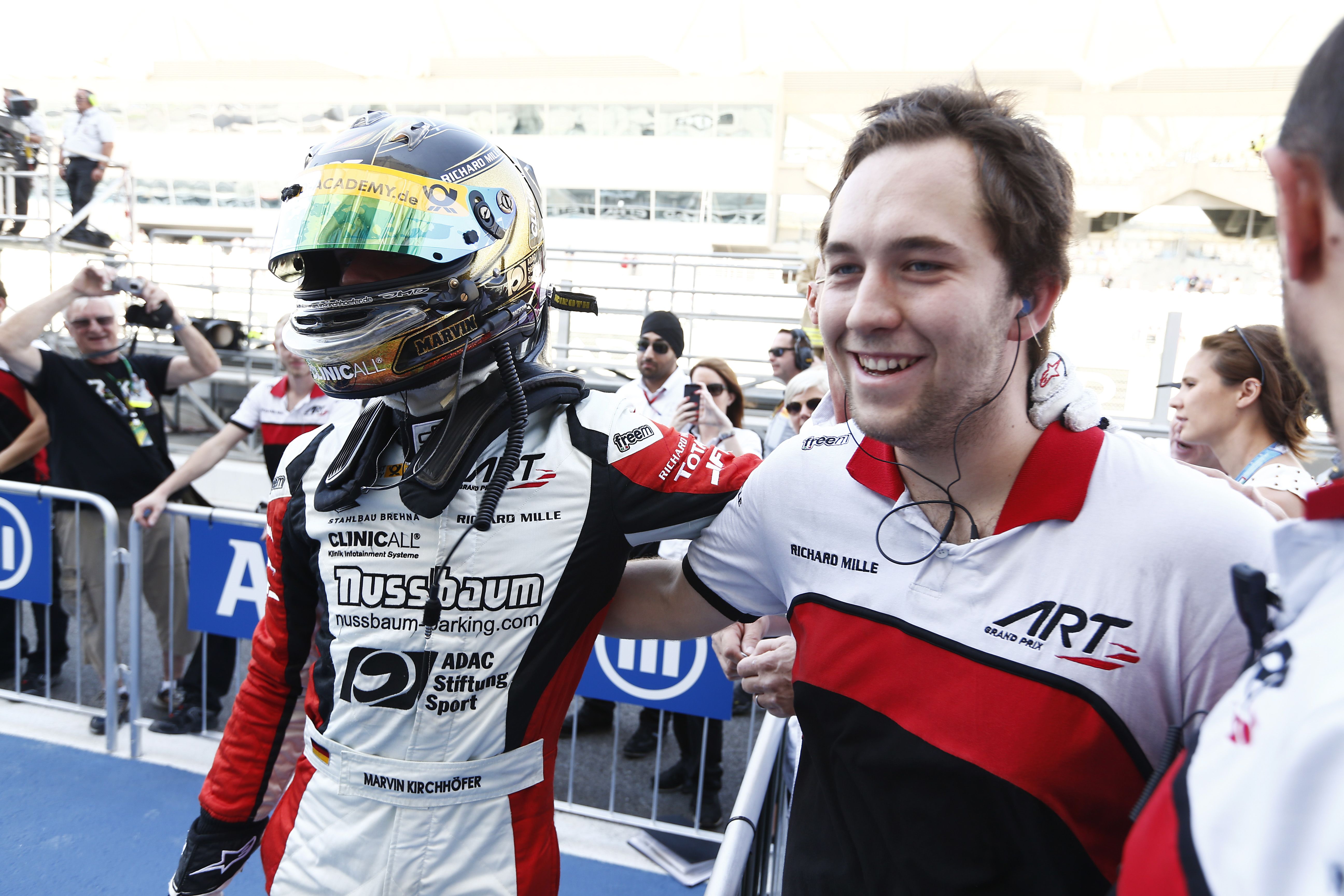 Following on from their New Year announcement that Alfonso Celis Junior has joined their GP3 team for 2015, ART Grand Prix has now confirmed that Marvin Kirchhöfer will race alongside the young Mexican as he contests a second season with the French based squad.

In 2014 Marvin amassed a total of 181 points to finish third overall in what was a very competitive and demanding title battle, with a total of seven podium finishes, including a win in the German feature race, three pole positions and four fastest laps. These statistics made the 29 year old German one of the hottest properties in the younger generation of up and coming drivers.

Therefore, ART Grand Prix is more than happy to entrust him as one of their GP3 contenders again in 2015. The goal for the new season is to help ART regain the team’s Series’ crown that slipped from their grasp in 2014 and to reconquer the driver’s crown which was held by both Esteban Gutierrez and Valterri Bottas in previous years.

Marvin Kirchhöfer commented:“I’m really happy that I will be racing with ART Grand Prix again this year! The targets are quite clear for this season and I’m really looking forward to it. I’m very proud to be a part of the team again and I’m quite confident that we can do something good this year, as we have already shown some good performances together last year.”

Sébastien Philippe (ART Grand Prix GP3 Team Manager) said: “ART Grand Prix is proud to continue the adventure with Marvin in GP3. He is a quick and complete driver who has thrilled the team with his talent and personality. In view of the results from last year, the goal will be to win the title in 2015 and regularly target pole position and victory.

Marvin has all the capabilities to do this, and after a first probative season he now has the necessary experience.”