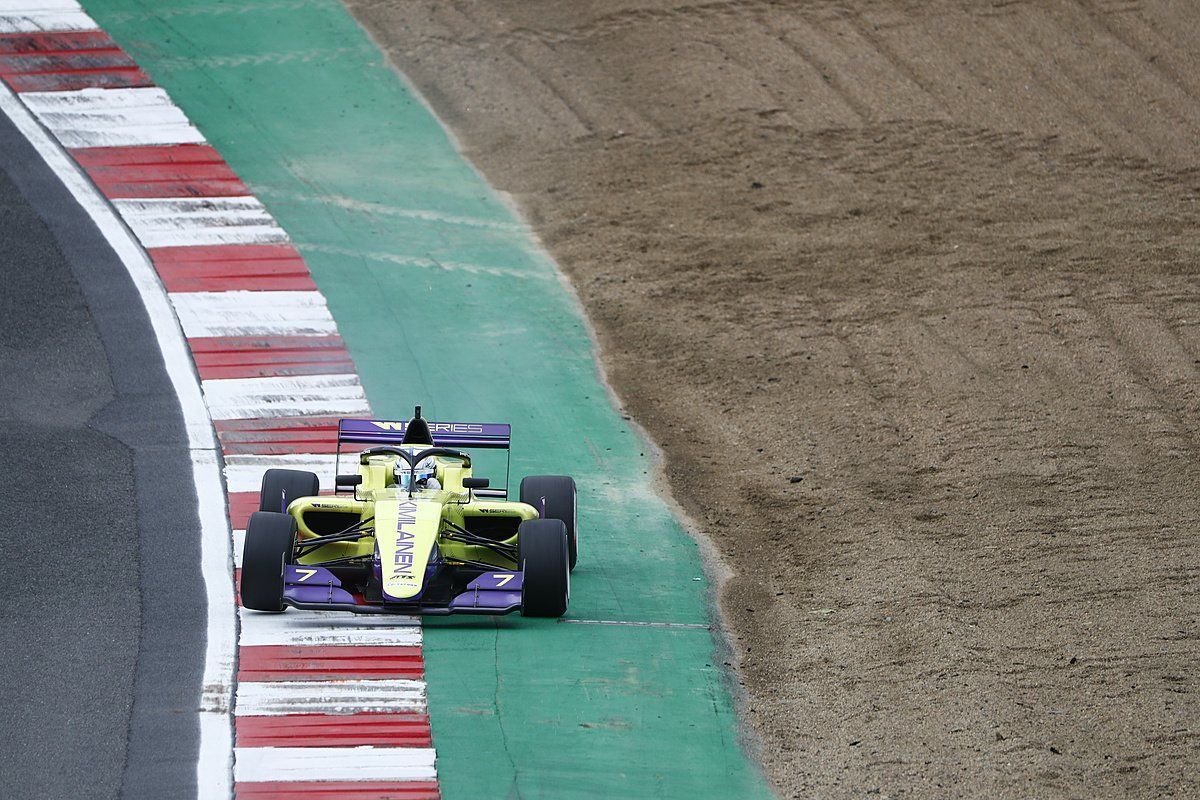 W Series racer Emma Kimilainen says her Indy Lights contract talks for a 2010 ride floundered on the clause that she’d have to take topless photos.

Finnish racer Kimilainen was forced to take a sabbatical from racing after her funds dried up in 2009 in the wake of the 2008 financial crisis – an event which prompted Audi to stop supporting her. She had found enough money to partake in a 2009 season Formula Palmer Audi, but at the end of it, her participation in racing abruptly ended.

It wouldn’t be until 2014 that her professional racing resumed, but Kimilainen revealed in a Finnish podcast that she was in talks for an Indy Lights seat in 2010, before conversations ground to a halt when she was informed that she would have to engage in a topless photoshoot, as per multiple Finnish sites.

The championship forms a crucial path to IndyCar series. Kimilainen does not reveal an Indy Lights team with which she had conversations, but says that the photoshoot would have been for a sponsor, which was a ‘high-end men’s magazine’. According to Kimilainen, what was initially supposed to be a photoshoot in a bikini soon became one in which she would be entirely topless. She agreed to neither, she says.

One of few details known is that Stefan Johansson, a manager of Kimilainen’s at the time, had long supported her career and was likely involved in negotiations of a drive. “I was already going there, but I called and wanted to know what this pattern really is, she told the podcast by the name of Shikaani in the show’s December 21 edition last week.

From there, the answer was, ‘We have had some disagreements with our partner. It was originally agreed that in a bikini, but now it should be completely topless.’ I wondered what the thing was until it became clear that this partner was a high-end men’s magazine.” Kimilainen goes on to say that she rejected the offer based on the new information, telling the podcast that she said at the time, ‘I’m not going to undress and be in sexist pictures’.

Kimilainen says the ordeal came after she had pursued a Formula 3 drive that year, only to find that all prior discussions had been nothing but hot air when Johansson went to advance discussions, only for nobody to be there when he arrived in Switzerland.

Kimilainen says both of these are examples of motorsport’s challenges for women, which she experienced at their worst in the German ADAC Formula Masters series. Supported by Audi at the time, she was placed in a Volkswagen team for 2008, and scored a highest result of second in Assen.

This, though, was only possible when a clandestine meeting with her engineer was organized to set up the car as she had wished, she says. “I experienced clutter and nasty sex issues,” said Kimilainen. “It seemed like I wasn’t allowed to succeed. I was among the fastest in the tests, but in the race my car didn’t go when it was adjusted in a worse direction.

“In Assen, the Netherlands, we arranged a secret meeting with a mechanic and took care of the adjustments. I drove to the pole, led the race to the final lap and finished second.” She raced against the likes of Kevin Magnussen in her younger days and had couple of second and third place finishes in the championships in Finland and Sweden.

After a lengthy gap, Kimilainen returned to racing in 2014 in Scandinavian Touring Car Championship. After few seasons in touring car, she made it onto the W Series grid, a women-only racing category. She ended up fifth in the inaugural year and was to compete in 2020 but for COVID-19 cancellation. She will remain in the series in 2021.

It was a drive for indy lights as told in the podcast. It was over 10 years ago and luckily a lot has changed for better concerning women rights and equality in this time! Gone through a lot in my 28-year-long career, never really talked about it publicly bf as I dont like drama.