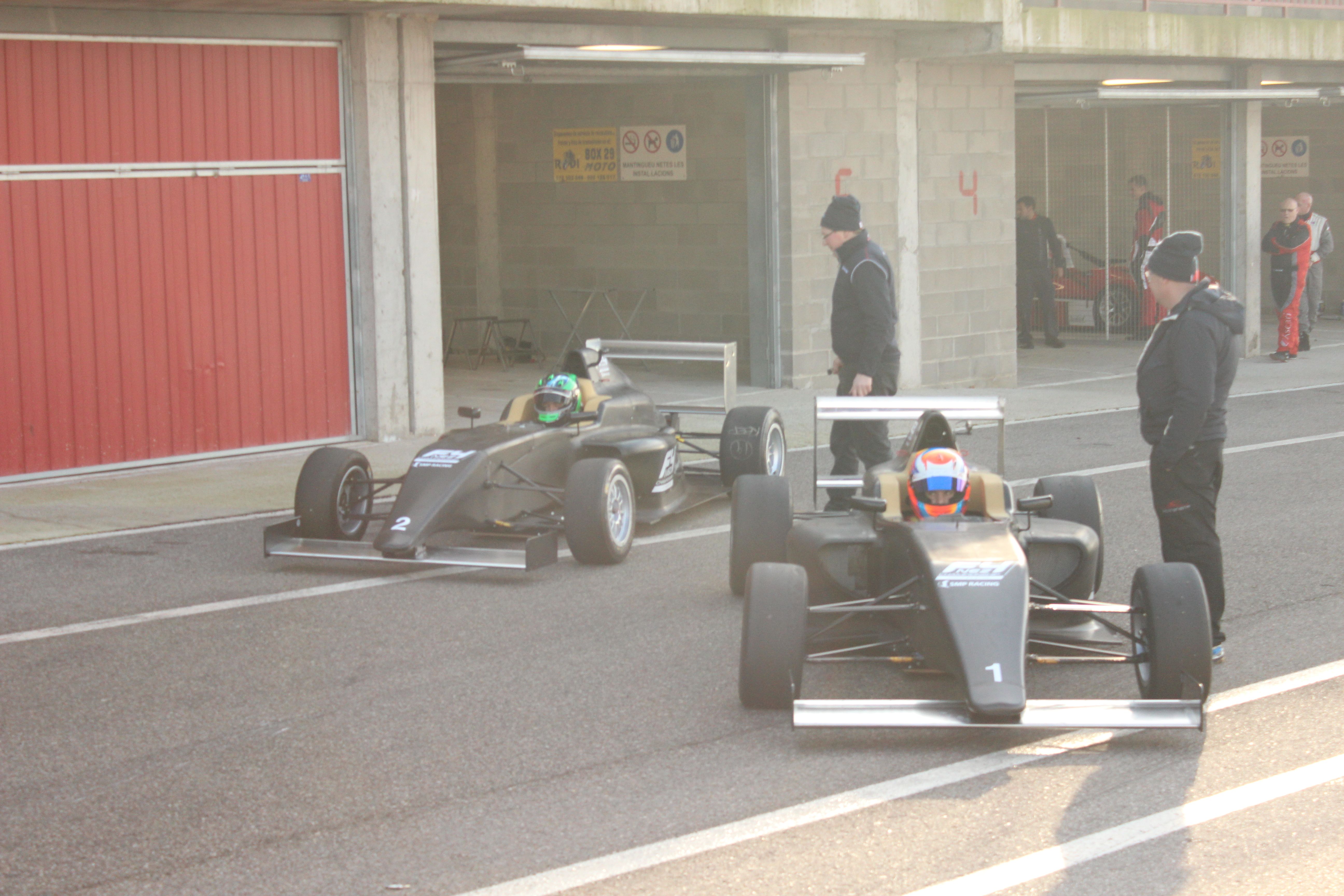 The two first morning runs started on used tyres, for the drivers to get used to the track, the lines, and the car. Niko Kari took the orders of the time sheet and set the best time.

« I have the feeling that I am improving a lot, and since Valencia test in December, I can feel a real difference. I have a better understanding of the car and it is going better and better »

Right before the lunch break, engineers launched the youngsters into a 11 laps qualifying mode were the drivers could test the Hankook Ventus Race type tyre on an improving track due to the rubber left after the two past testing days.

« I am very surprised as the car has a lot of grip, much more than the Formula Ford car. For the moment my strategy is to learn the car and how to go fast with it »

After the lunch break, Kari, Huovinen and Atoev left the box for three runs on used tyres with a track temperature which got up to 14 degrees. Vladimir Atoev and Aleksanteri Huovinen managed to set a better time than on their new set of tyres, improving a lot throughout the day. Niko Kari used his tyres much more during the qualifying session and therfore was struggling more on the last run.

« I am very satisfied with my day, I really like the car and those tyres avec very good as they last longer. They allow us a second chance. I just gather as much experience as I can, tomorrow will be another day and we will see how it goes »

Tomorrow is the last day of test in Alcarras for the SMP F4 Championship.