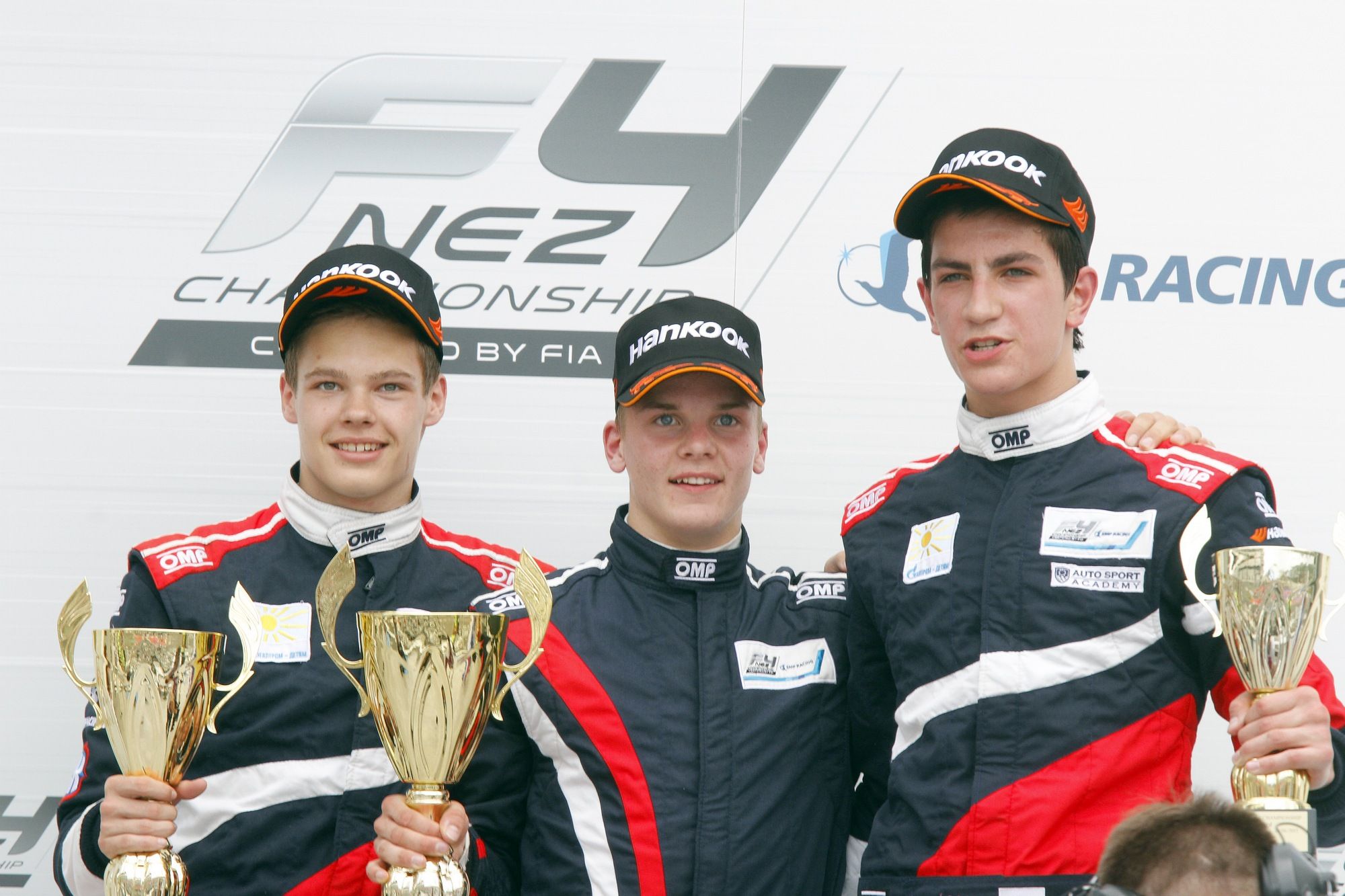 Free Practice was done and it was finally the big day with qualifying becoming the talk of the morning. With the roaring engines fired up the ten Russians, four Finnish and one Brit driver headed down the pit exit to start their qualifying session.

First off it was Aleksey Korneev who stole the top spot after ten minutes, he had Niko Kari close behind before he raced to the provisional pole position by becoming the only driver in the 2:11 window. Out of nowhere Ivan Matveev took P2 however the leader Kari was in a comfortable position being ahead by a six tenth gap. After a good qualifying run Kari held onto P1 and therefore took the double pole. Korneev took the second front row position and Nikita Troitskiy was P3.

Overcast skies hindered Race 1, before the cars even made it onto the grid Troitskiy who should have started in P3 had to stop on track, due to a fuel pump issue. The drama started as soon as the green light went out Kari and Korneev had a flying start and both held onto their positions into turn 1. Huovinen made an incredible started as he jumped from P8 to P3, as did Evstigneev who flew into P5, which was a great come back for the Russian who was in P13 at the start. Enaam Ahmed was the only staller but got his car going quickly.

Matveev was sitting in P6 but was putting a lot of pressure on Isaakyan who was ahead of him making his Russian teammate to make small mistakes. Atoev was the fastest man on the track in P4 hunting Huovinen down for the last podium position, after a few more corners the Russian’s hard work paid off as he got past the Finn. Kari kept on increasing the gap to 3.6 seconds ahead of Korneev who held onto P2 comfortably. The challenge for P10 was an exciting one between, Ahmed, Evstigneev and Sitnikov as well as the battle for P5 including Nylund, Isaakyan and Matveev. Laaksonen who is the newcomer to the series this weekend was having a very strong race running in P7 and kept a fight between himself and Isaakyan as they swapped positions throughout the race but the Finn would not let him passed again on the final time.

As the last few minutes remained Ahmed made a clean move on Maslennikov putting himself into the top 10 in P9, but at the end of the day it was Niko Kari who was in his own Race up in the lead, cruising all the way to the chequered flag and taking his second race win of the season. Aleksey Korneev held onto P2 as did Vladimir Atoev who managed to keep his P3 position and got fastest lap of the race.