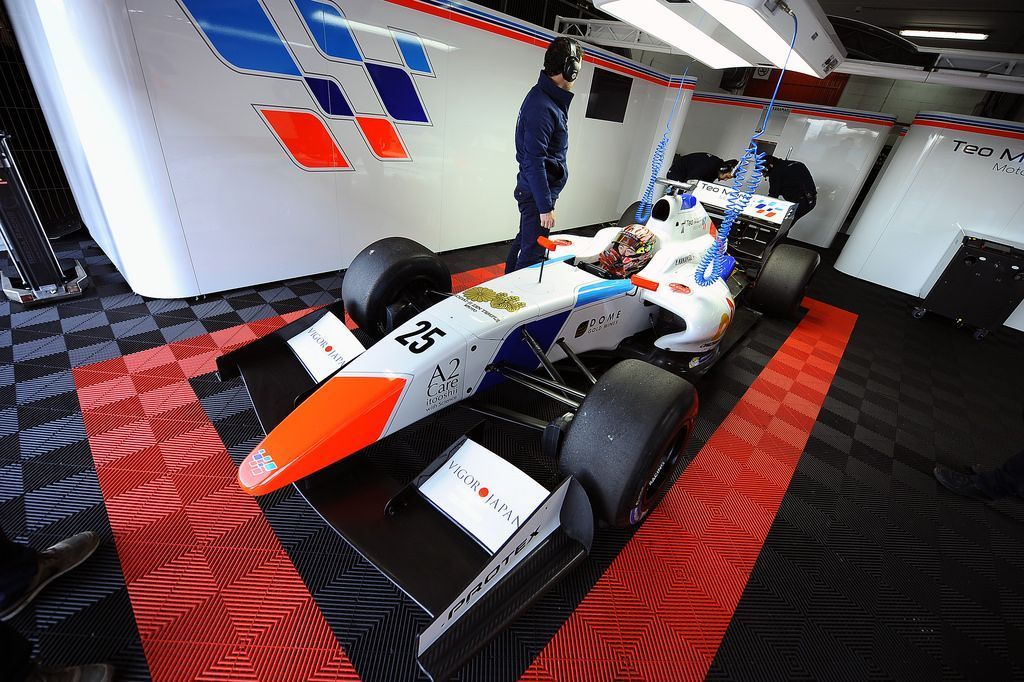 Teo Martín Motorsport has been the fastest Formula V8 3.5 team in the Collective Test Days held in the Circuit Barcelona-Catalunya with Yu Kanamaru and Matevos Isaakyan. The Japanese completed the best timed lap this morning in 1.29.571, ahead of Aurelien Panis (Arden Motorsport). Instead, the Russian topped the times in the afternoon followed by Johnny Cecotto (RP Motorsport). The teams will now head to Motorland Aragón to participate in the next Collective Test Days, the 9thand 10th of April.

A small group of Formula V8 3.5 drivers profited the fresh am temperatures with Louis Delétraz (Fortec Motorsports) in the lead. The Swiss was the first to beat the best lap registered yesterday by Aurelien Panis but the Arden Motorsport driver replied to Delétraz with 1.29.792. René Binder (Lotus), Louis Delétraz and Tom Dillmann (AVF) followed the Renault Sport Academy driver in the times.
The session was briefly stopped following an incident involving Giuseppe Cipriani (Durango Racing) and Johnny Cecotto (RP Motorsport) in the Estadi area, with no further consequences.

Later Aurélien Panis clocked the lap time in   1.29.762, including an attempt from Tom Dillmann. But the Japanese Yu Kanamaru (Teo Martin Motorsport) lapped the fastest time in 1.29.571. Then teams focused in start practices from pit exit and pit stop practices

In the afternoon, some teams profited the warmest hours of the day to complete race simulation. With less than an hour to go, some of the Formula V8 3.5 drivers went back into the track looking for the last improvement. This time, the Russian Isaakyan was the quickest driver in 1.30.596. Johnny Cecotto, Matthieu Vaxiviere (Lotus), Alfonso Celis Jr. y René Binder (Lotus) cerraban el grupo del top 5.

Yu Kanamaru (Teo Martín Motorsport): “We saved the tyres for this morning but the red flag did not allow me to complete a perfect lap. I feel really confident within this team.  I know most of the personnel from my previous team. This situation allows me to focus in my first full season in this discipline. So far I can’t complain, we had a lot of worth testing!”

Johnny Cecotto (RP Motorsport): “It’s a great car to drive, it’s very fun and very quick in the corners, especially in the high speed corners,  with the Michelin tires it’s also nice in the slower speed corners. From the first moment we were quite close to the leaders, it’s great to put down the car and feel competitive. We have to wait this should be my number one programme as a target” .

Matthieu Vaxiviere (SMP Racing):  “We are trying to improve a lot our set-up. This is just testing and we need to work to get ready for the first qualifying in Motorland. We do not need to be in P1 and fit the new tyres at the same time of everybody. There’s one sole focus: to win the championship.”

Louis Delétraz (Fortec Motorsports): “Being part of the Renault Sport Academy this year means a lot of extra support as this will be one of my crucial Seasons. We have collected very interesting data in regards to our first meeting and the two remaining days in Motorland will allow us to finalise our set-up!”

Alfonso Celis Jr. (AVF): “To be honest it took me a while to be adapted to this car again, coming from the F1 car but overall we are working with a very competitive package and I think we can expect great things for the Season ahead, and Tom (Dillmann) is a very experienced driver as well!”