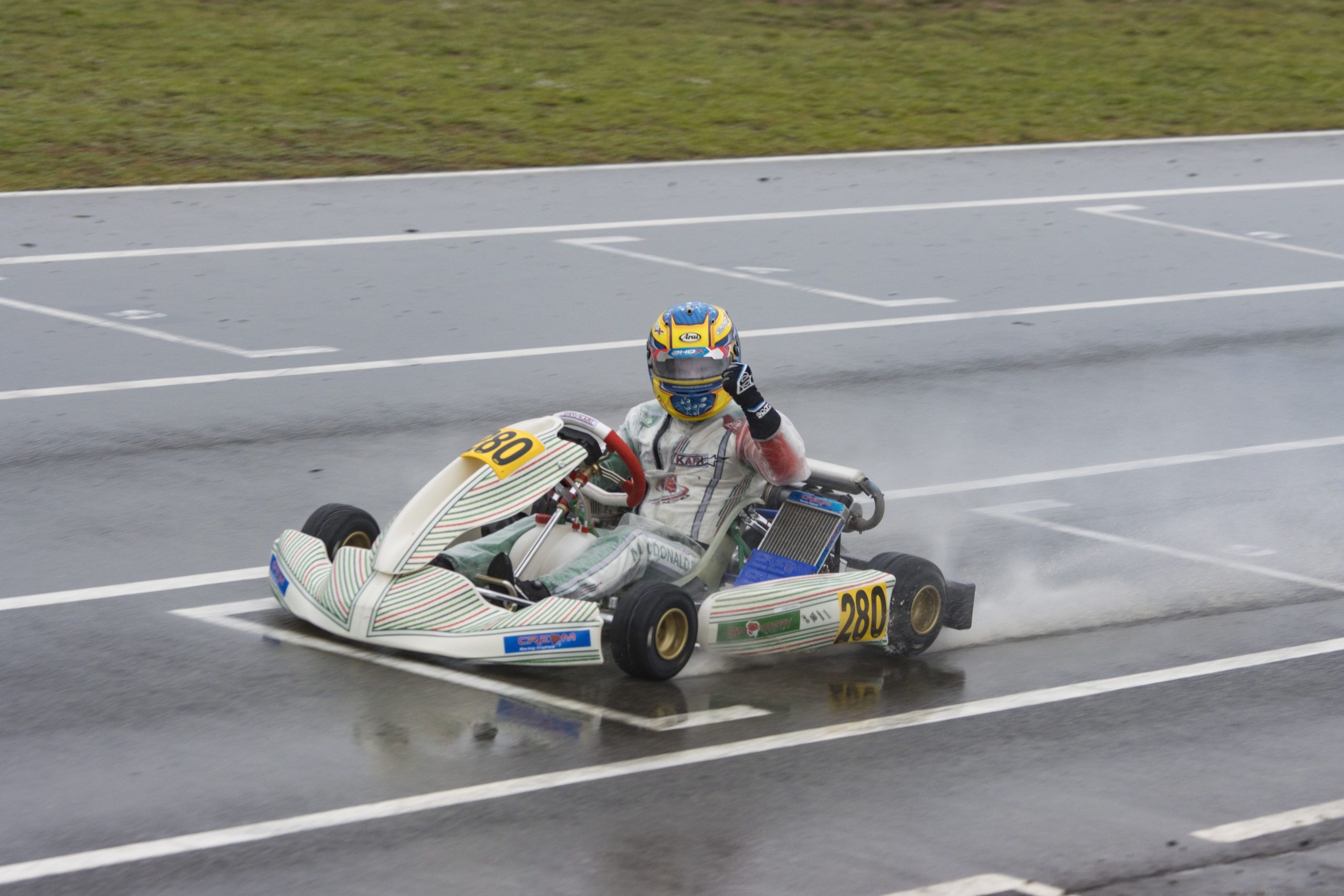 The IAME Winter Cup started off the 2021 international IAME season in great fashion on the Kartodromo Internacional Lucas Guerrero of Valencia. British drivers made the most of a tricky weather in Sunday’s Finals with Roman Kamyab claiming the victory in Mini, Bart Harrison winning his second consecutive cup in Junior, and Dean McDonald achieving another Senior success.

The fifth edition of the IAME Winter Cup, organized by RGMMC, gathered once again the best IAME teams and drivers in Mini, Junior, and Senior classes on the Kartodromo Valencia. While the Spanish track remained dry on Friday and Saturday, rain came spicing up Sunday’s Prefinals and Finals, bringing the best out of the competitors in each field. Some of them were able to make a difference in the most crucial moments, like Roman Kamyab achieving his first international success in Mini, Bart Harrison winning the Junior class for the second season in a row, and Dean MacDonald leading the Senior Final from lights to flag!

Daniel Nogales (Kart Republic Spain) set the fastest time of the Senior class, the most crowded field with up to 60 entrants. Sam Balota (Dan Holland Racing) was second-best ahead of Dean MacDonald (Strawberry Racing). The GT car driver started his weekend on the right foot with a first heat win on the same day, followed by a second place and two more victories, which gave him the provisional lead on Saturday evening. Sunday morning’s Prefinal went to Kimber ahead MacDonald and Clayton Ravenscroft (KR Sport), pulling off a 13-place recovery!

Second overall last season, MacDonald turned into domination mode for this year’s Final! Thanks to his better start, the Brit rapidly built a gap and led the 20-lap race from lights to flag, emulating his win of 2019. As the leader could not be caught again, Kimber had to make do with second place ahead of Westover.

William Macintyre (KR Sport) emerged quickest in Friday’s Qualifying ahead of Louis Leveau (Monlau Competicion), followed by Ivan Arias Chavarri (AC Motorsport) and Adria Mustienes Gil (Kidstowin). Macintyre kept the lead after the heats with two wins. Kanato Le (Fusion Motorsport) came to the fore in second position in front of Arias Chavarri, winner of the penultimate heat on Saturday. In Sunday’s Prefinal, Le made good use of the drying conditions and passed Macintyre for victory, with Robinson diving through for second place.

In Sunday’s Final, Robinson started well at lights out before Le took the lead back in the opening lap. While the Brit quickly built himself a one-second gap, Harrison was equally fast in fighting his way through the pack. From the third row of the grid, he climbed to second and launched a successful move on Le close to half-race. Once in the lead, Harrison kept all doors shut, which allowed a recovering Marcus Luzio (KR Sport), 10th on the grid, to close in on Le. In the last lap, the latter went off the track, let Luzio through for second, but was able to keep the third spot. Unaware of the drama behind him, Harrison could savour his second Winter Cup win in a row. Le was eventually classified as runner-up following a penalty for Luzio, with Macintyre completing the podium.

The Qualifying session of the Mini category saw the local drivers top the timesheet with Sandro Perez Sanchez (MDC Racing) on pole, followed by Raul Zunzarren Perez (Monlau Competicion) and Alejandro Martinez (Praga Racing). The eliminatory races led to a close fight between Perez Sanchez and Zunzarren Perez. While each driver won twice, the former claimed the first place, followed by a single point by Zunzarren Perez, with Martinez and Roman Kamyab (Privateer) third and fourth. In Sunday’s Prefinal, the leading order was turned upside down with Zunzarren Perez retiring after some troublesome opening laps, Martinez being disqualified and Perez Sanchez going from first to fourth against Sacha Van’t Pad Bosch (Fusion), Kamyab, and Luuk Taal (Fusion Motorsport).

The Minis were the first out on track for their final race on Sunday afternoon. While Van’t Pad Bosch kept his advantage at the start, Taal went past Kamyab for second place but the Brit quickly made his way up to first and kept the whole 15-lap race under control! Despite his efforts, Van’t Pad Bosch had to make do with second place with Taal completing the top 3.