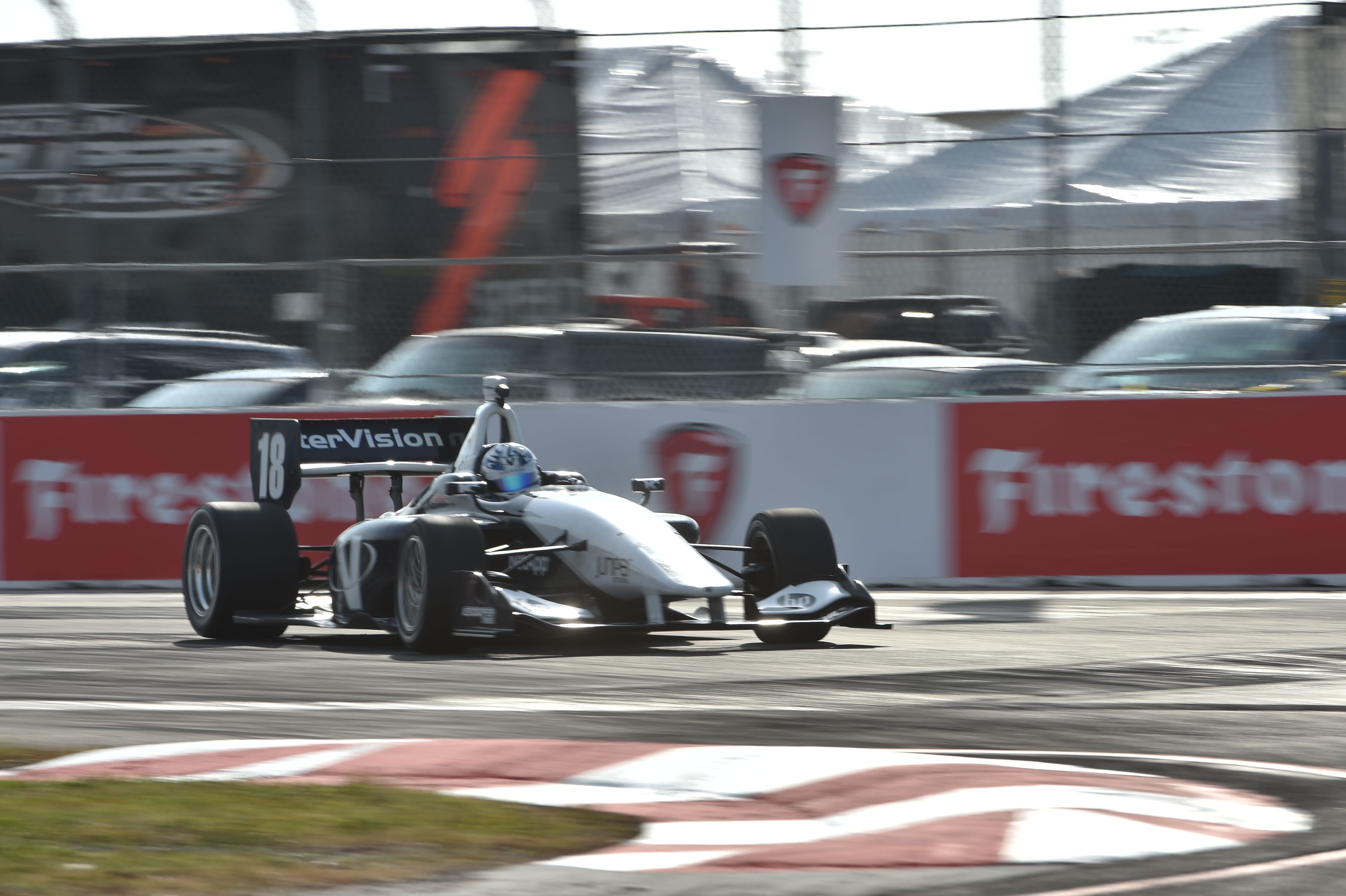 Kyle Kaiser has win a lights-to-flag race at Phoenix Raceway, Arizona, for the third round of Indy Lights Series season. The American now takes the lead of the championship. Jones and Enerson completes the podium.

Kyle Kaiser (Juncos Racing) led the race from the start to the finish. He had a clear gap with Ed Jones (Carlin) to finish in second place. Jones also had an intelligent drive, not trying to overtake the American, in order to get as much points as possibles.

Third position wasn’t that peaceful as top2 was. RC Enerson (Schmidt Peterson Motorsports) after a good start where he overtook his team mate Santiago Urrutia –who finished fourth, after a battle with Negrao, took the final step of the podium.

An oval race of 90 laps may be a little boring, but today Dean Stoneman (Andretti Autosport) and Zach Veach (Belardi Auto Racing) made the race an interesting one.

Stoneman started from ninth position, but he made up to a final fifth place, overtaking Neil Alberico, Felix Serralles and André Negrao.

Meanwhile Zach Veach was doing the same. The American started last and finished eight, an incredible pace from Belardi car. That pace is what Felix Rosenqvist was missing today, the Swede only managed to finish 15th.