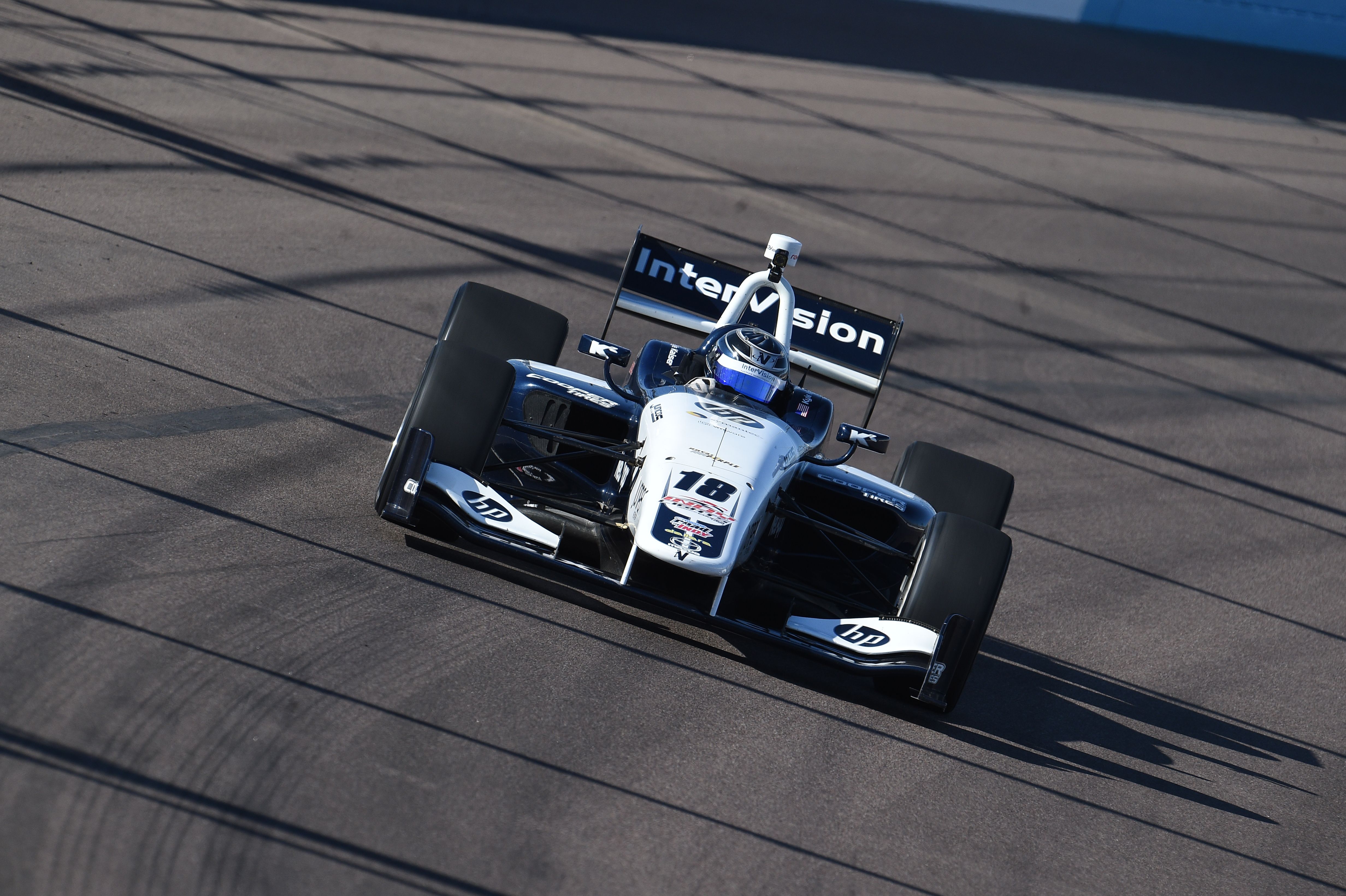 A good start to the Indy Lights Presented by Cooper Tires season is in the works for Kyle Kaiser.

The Juncos Racing driver claimed his second straight pole position of the 2016 season at the Indy Lights Grand Prix of Phoenix with a two-lap average of 167.872 mph (43.8334 seconds). Kaiser was the fourth of 15 drivers to qualify, but his speed stood as the final 11 drivers were unable to knock the Californian off his perch at the top of the pylon.

“It was pretty nerve-racking, to be honest. I’m not going to lie,” said Kaiser, who claimed a pair of podium finishes in the season-opening Grand Prix of St. Petersburg doubleheader March 12-13 and sits one point out of the championship lead. “A lot of people think that going last is an advantage.

“I feel like we’ve had a ton of confidence coming into this weekend,” the 20-year-old added. “My engineers spent countless hours really thinking about this weekend and making sure we had a fast car. We made a big change during the off time and really figured it out. I’m over the moon right now.”

The only bullet Kaiser had to dodge was Carlin’s Ed Jones. The next-to-last driver to qualify, Jones came within 0.0954 of a second of Kaiser’s two-lap time but had to settle for second place.

Fresh off his win at in the first race of the St. Petersburg doubleheader, points leader Felix Serralles (Belardi Auto Racing) claimed his best start on an oval with a fifth-place qualifying effort. The other Felix who won at St. Pete, Felix Rosenqvist (Carlin), struggled to qualify and will start 13th.

Zach Veach (Belardi Auto Racing) crashed in the second practice session, was unable to qualify and will start last in the 15-car field.