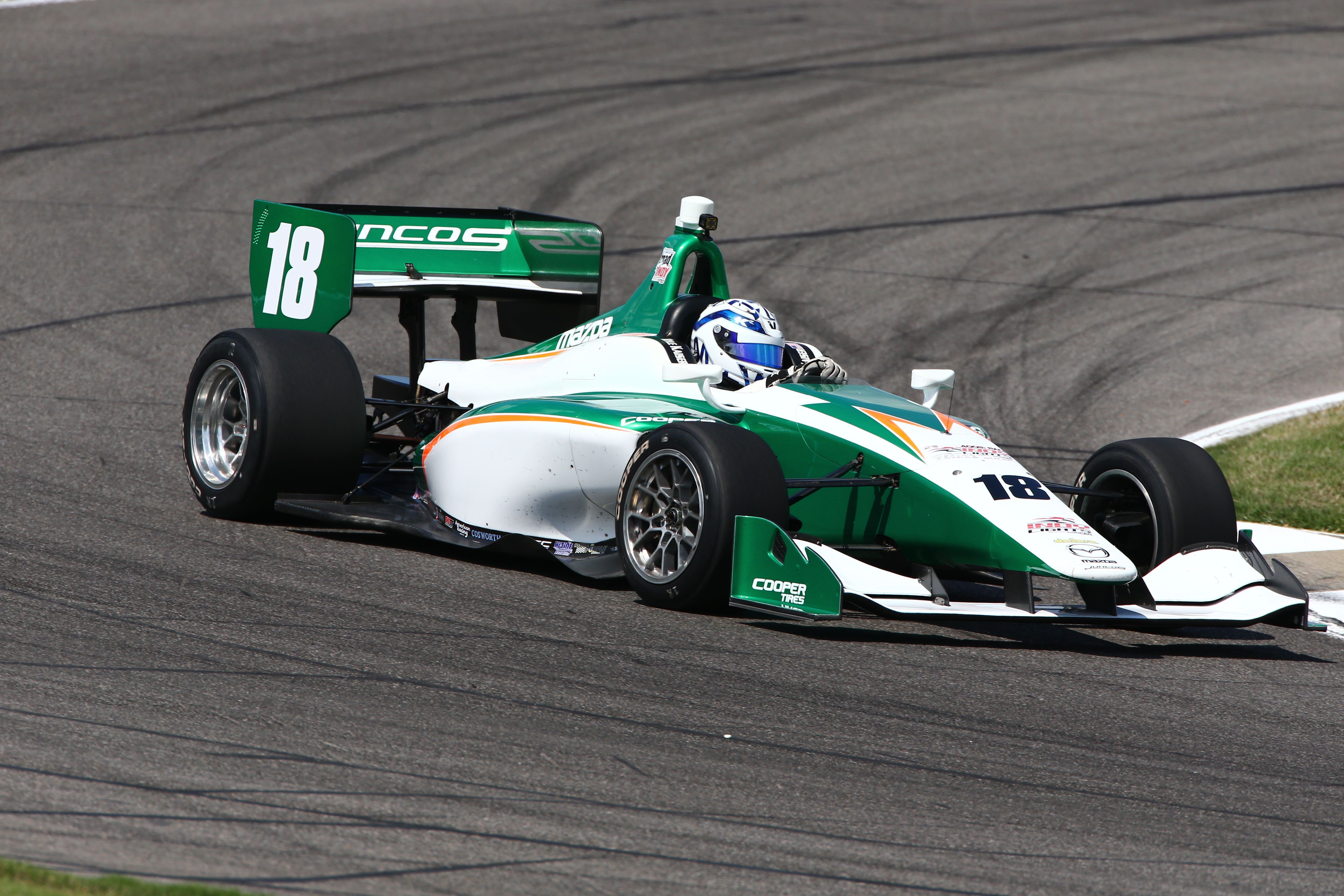 Kyle Kaiser has taken pole position for the first race of the weekend of Indy Light Series at Barber Motorsports Park (Alabama). The Californian will start ahead of Colton Herta and Nico Jamin.

In the early stages of the qualifying session 1, championship leader Colton Herta (Andretti Steinbrenner Racing) was the quickest with a lap of 1:14.2101, running ahead of team mate Nico Jamin and series runner-up Santiago Urrita (Belardi Auto Racing).

The session had to be stopped due to a red flag period caused by Garth Rickards (Carlin), who spun off at the last turn. Yesterday he did a good job finishing in the top3 but that excessive use of tyres yesterday turned against his interests today, finishing last.

When the session was green flagged, Carlin drivers, who went out on track later than their rivals, set the fastest time of the session with Matheus Leist, but Herta  immediately reacted and went back to the top spot before going to the pits to put the new fresh tyres for the last stint.

In this final stint, Herta took provisional pole, and it was the Juncos Racing driver Kyle Kaiser who beat him by 0.03 seconds.