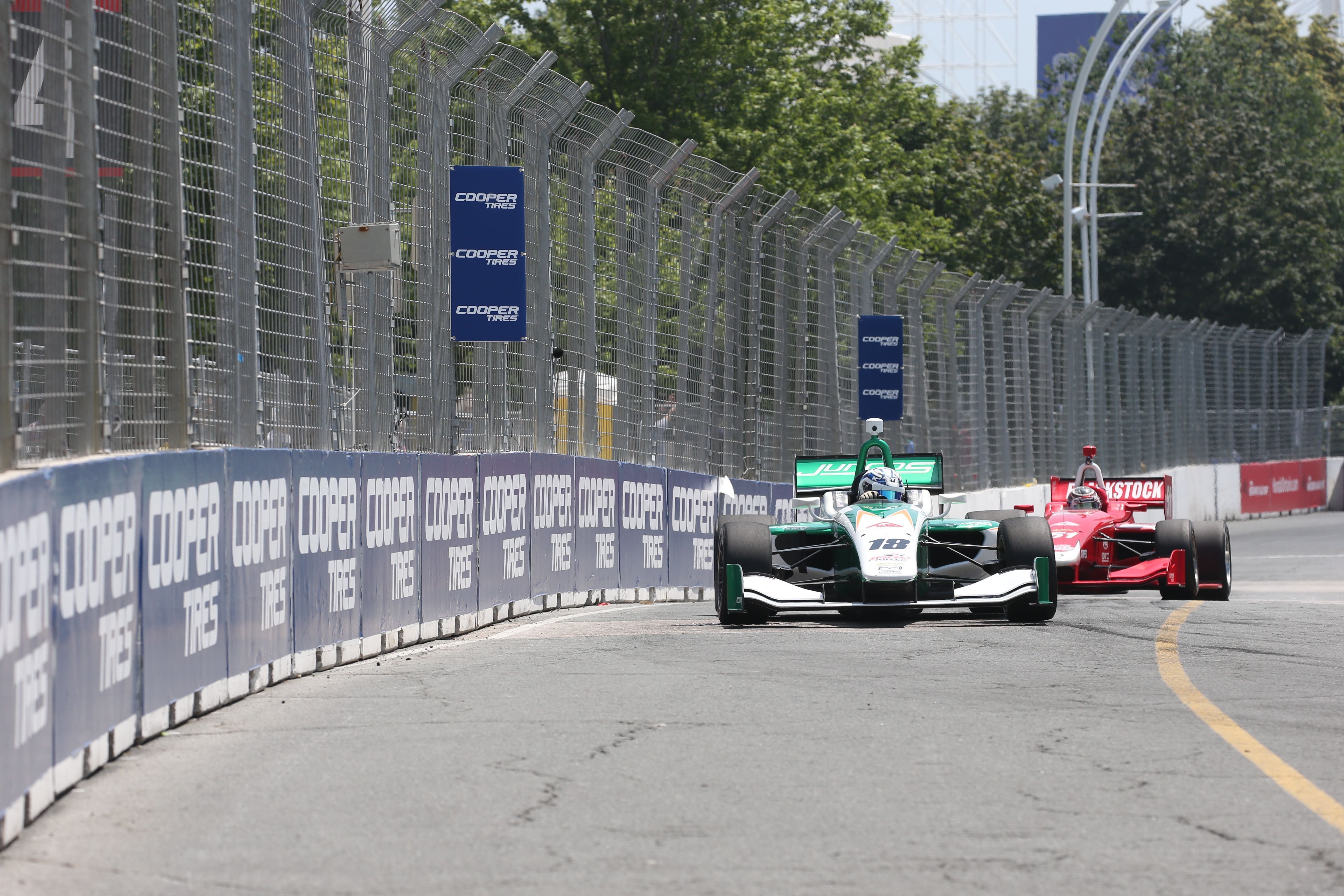 The man of perseverance, Kyle Kaiser, has taken a new victory at Indy Lights at the Exhibition Place in Toronto, Ontario (Canada). The Juncos’ driver has dominated ahead of De Melo and Urrutia.

Kyle Kaiser (Juncos Racing) has had no trouble today to extend his lead in the championship. The Californian has dominated the whole race starting from pole position.

He has also seen how Matheus Leist (Carlin) – one of his rivals in the title fight and  who was starting in P2 – abandoned the race when he was trying to maintain third place. The Brazilian crashed against the tyre-wall causing the first and last yellow flag of the race.

The podium was completed by Zachary Claman de Melo (Carlin) and Santiago Urrutia (Belardi Auto Racing). The Uruguayan has controlled Colton Herta (Andretti Steinbrenner Racing), who has carried out a great comeback after starting in P8.

Herta’s comeback has been used by Aaron Telitz (Belardi Auto Racing) to finish fifth. Behind him, a major fight for the sixth position has occurred, with Juan Piedrahita (Team Pelfrey) beating Ryan Norman (Andretti Autosport), who would finally retire after making a mistake.