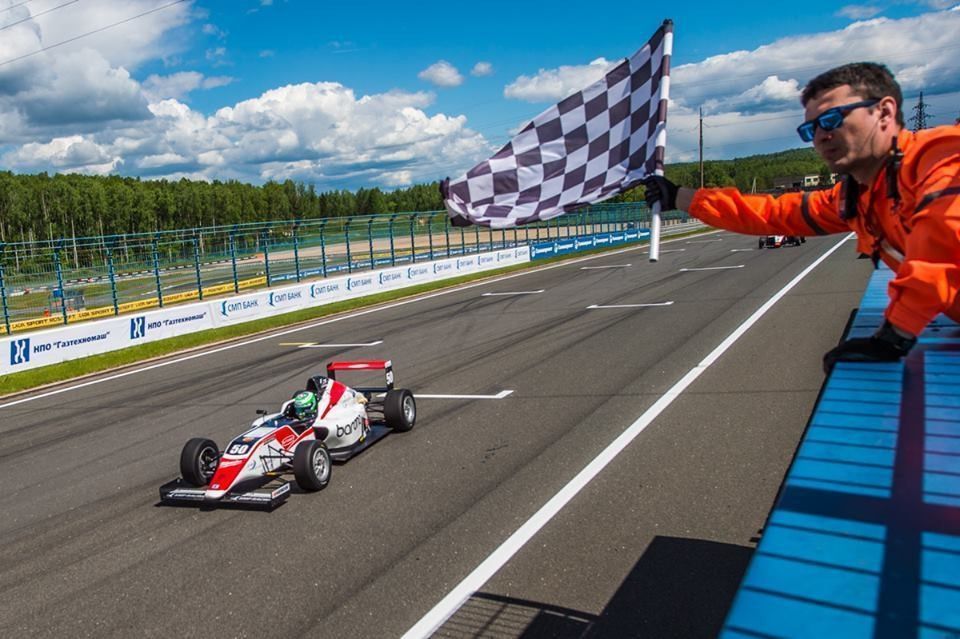 The race started in a dramatic fashion with pole sitter Lloveras stalling on the grid and dropping to the back end of the field. Puhakka took control of the race immediately by jumping onto P1 at the start and did not let anyone catch him. The Finn drove to his first race victory of the season but the gap in the end was just under a second to Lundgaard. Danish MP Motorsport driver managed to extend his championship lead to seven points after Lloveras drove his FA Racing car to an excellent P4 after charging almost through the hole field. There was drama also in the final lap of the race when Tuomas Haapalainen and Nikita Volegov collided at turn 1 while fighting for P3. That was the occasion Russian Smolyar took, to rose to the podium with Puhakka and Lundgaard. Volegov dropped down to P5 and Haapalainen finished P11 after being handed a 10-second penalty after the race. Tziortzis finished P6 while Meikup and Viscaal had a drag race from the final corner to the finish line with Estonian driver edging Viscaal by eight hundredths of a second. Belov finished P9 and Trogen took his first point of the season with P10.

Tomorrow there will be two more races with Race 2 starting at 10:05 and Race 3 at 16:20. Let’s hope that it will be as thrilling as it was today, with LIVE retransmission on SMP F4 NEZ Championship Facebook page !