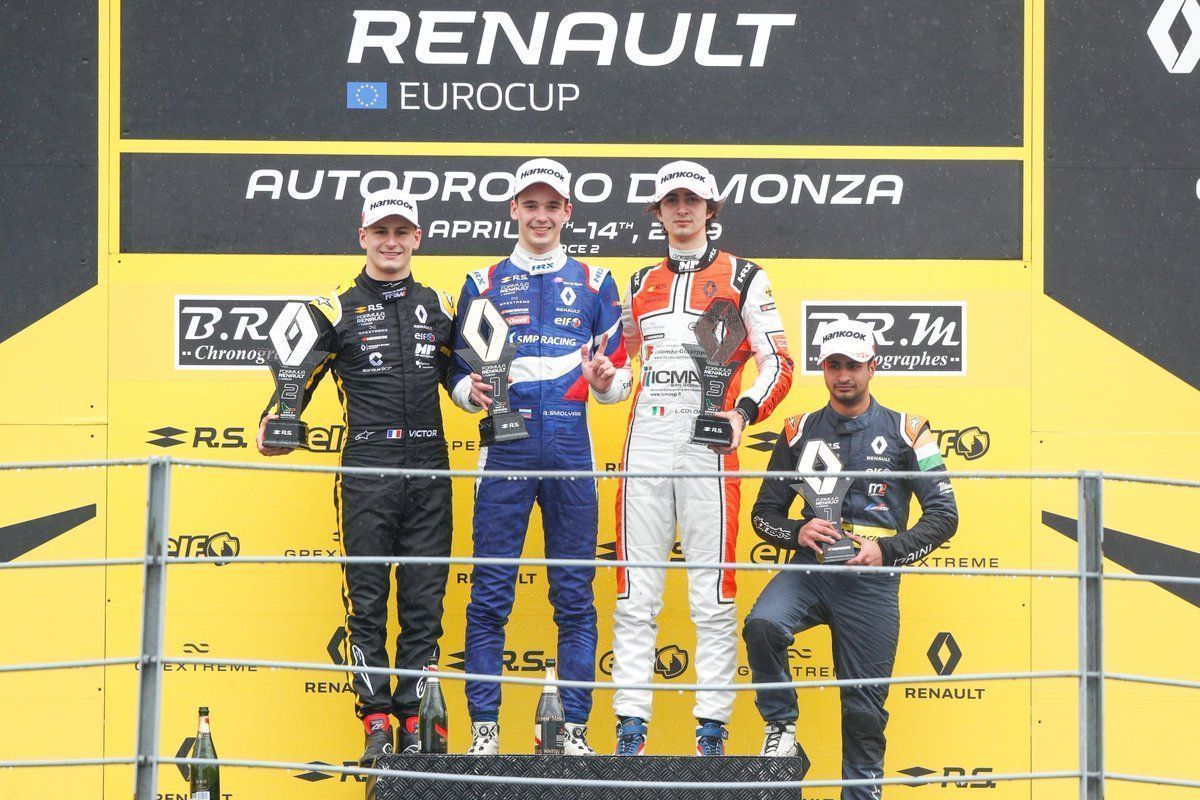 The weekend of April 12-14 saw two prominent European single-seater kick-off as Victor Martins led the way in Formula Renault Eurocup, while Frederik Vesti did it in Formula Regional European Championship.

The opening round of Formula Renault Eurocup with the new chassis was held at the iconic Monza as the new crop of drivers had to survive and prove their skills all weekend long, especially in the wet conditions that hit the Italian soil on Sunday.

Renault junior and MP Motorsport’s Martins left the weekend as the leader despite not wining any of the races with 30 points, thanks to the podium and fourth place that he took. JD Motorsport’s Leonardo Lorandi sits in second place with 26 points to his name.

The Italian as well did not score a win but had a second place finish to go with a sixth. The race winners though find themselves tied on 25 points with JD Motorsport’s Ugo de Wilde taking honours in Race 1 while R-ace GP’s Aleksandr Smolyar took it in Race 2.

The former did not finish Race 2, while the SMP Racing junior was only 20th in Race 1. They are third and fourth in the standings though with M2 Competition’s Kush Maini in fifth but tied on 25 points after his third and fifth place finishes respectively.

De Wilde was the rookie Formula Renault Eurocup winner in Race 1, while Maini took it in Race 2. Sixth placed MP Motorsport’s Lorenzo Colombo was the only other driver to finish on the podium with a third place finish in Race 2 under treacherous conditions.

At the same time, Fernando Alonso’s FA Racing by Drivex did not have the smoothest start to its single-seater campaign. None of the drivers – Callan O’Keefe, Brad Benavides and Patrick Schott – managed to score any points with O’Keefe coming close in 11th in Race 1.

Formula Regional European: Vesti sets himself as the man to beat in Round 1

The historic opening round of new FIA Formula Regional European Championship started with one team dominating: Prema. Their drivers were in the league of their with Frederik Vesti taking two race wins (Race 1 & 3) and a second position (Race 2).

The Dane sits on top with 68 points but Race 2 winner and teammate Enzo Fittipaldi is not far behind with 61 points after two second place finishes (Race 1 & 3). He inherited the Race 2 win from Olli Caldwell, who was disqualified due technical infringement.

He has 27 points after the German scored a third place in Race 3 to go with eighth and sixth in the opening two races. The Top 5 of Formula European Regional is rounded out by DR Formula’s Raul Guzman with 26 points after finishing fifth, fourth and eighth.

It is Suganami along with Nonaka in the lead – both with 33 points – as the former battled for a race win in Race 2, only for Honda Formula Dream Project’s Atsushe Miyaki to pass and win with Nonaka in third. Miyaki sits third with 25 and Sato in fourth with same points.

Sulaiman was the dominant driver in Round 4 of NACAM F4 at Monterrey  as he won all three races which puts him well in the lead in the drivers’ standings with 205 points – 41 more than Jak Crawford, who only managed to take one podium.