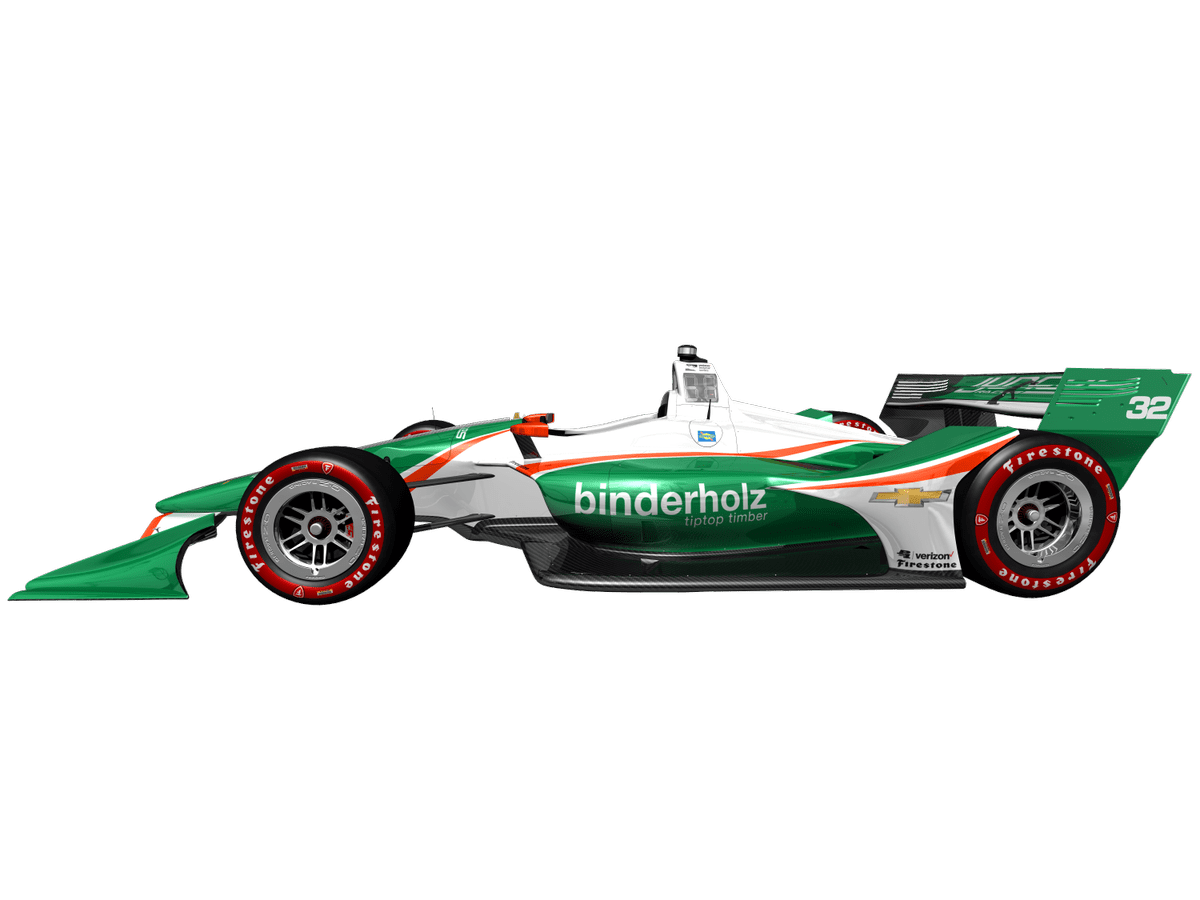 Juncos Racing has presented the new livery that will join René Binder and Kyle Kaiser throughout the second season of the team in the series.

After the presentations of several teams and the revelation of some decorations in the tests of the last days, this time it was turn of Juncos Racing. The American team front facing his second season in the Verizon IndyCar Series, and will do so with just one car. The #32 will be shared by two rookie drivers, René Binder and Kyle Kaiser.

Binder will run races in St. Petersburg, Alabama, Toronto and Mid-Ohio, while Kaiser will take the seat in Phoenix, Long Beach and GP and Indianapolis 500 as a prize for beating the Indy Lights in 2017. Regarding the Austrian driver, he will compete in the races with the sponsorship of the wood production company, Binderholz, while the American pilot will do it with Juncos.

The livery of the car, with the new aerodynamic kit, presents traditional green and white tones of the team took in the lower categories and in his first year in the category.

The team presented the decoration of the car in a statement with the words of the owner of the team, Ricardo Juncos, who was very hopeful for this new year.

“We are happy to continue with the colors that represent our team. The shade of green we use really stands out among the field. It is an eye catcher not only on our cars, but in our pit as well. Last year an aerial shot of the Indianapolis 500 showed how much we stood out with our green being highly visible on track and among the fans wearing our gear and our crew in the pits. These designs and colors will help us maintain that statement this year and I look forward to seeing our car on track for the first time this year at Phoenix today”.

This was announced by the Juncos Racing from the social networks:

Here is your first look at the No. 32 #IndyCar entry! https://t.co/LFYrDq7wM0 pic.twitter.com/01Q98NpECp