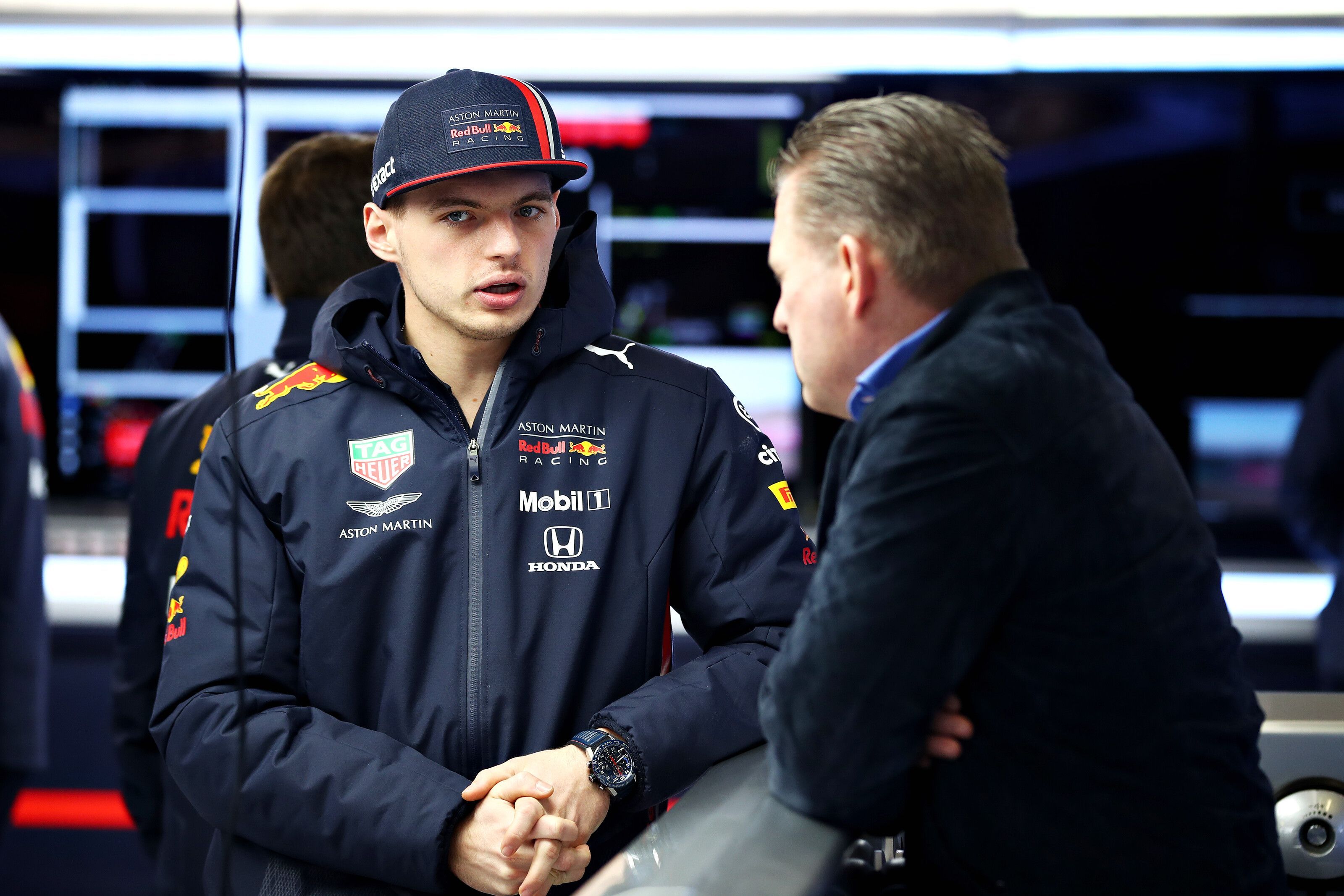 Jos, father of Max Verstappen, reckons a Top 3 finish along with race wins will be a successful result for the Red Bull Racing driver in the 2019 F1 season.

With Red Bull kick-starting a new association with Japanese manufacturer Honda in the 2019 F1 season, it is still a bit of an unknown as to how the power unit will stack up against the might of Mercedes and Ferrari.

The two Barcelona F1 pre-season tests did not give out a clear picture on the Honda unit with both the drivers Verstappen and Pierre Gasly taking a cautious approach in responding to the questions put forward by the media regarding their pace.

It certainly looks like it will be behind Mercedes and Ferrari, at least at the start of the 2019 season but how it matches with Renault will be key. Red Bull believes they are on par with the French manufacturer but only time will tell if that is the case.

Keeping in mind the competition, Jos believes a Top 3 result for Verstappen Jr will be a successful one and also a realistic hope rather than eyeing the world title. “It’s difficult to say,” said Jos to Verstappen’s website.

“The goal is obviously to become world champion. But we have to remain realistic. And it’s only the first year with Honda. So let’s say it’s a successful season when he finishes in the top three of the championship with a couple of race wins.

“I’m confident they [Red Bull and Honda] will get there [to the top]. You have to be in the right car at the right time. We are in the right place. If you look at how Honda started their journey with Red Bull, that’s really positive.

“We’re looking forward to it and once we win with Honda, Japan will come alive. They’ve had tough time and I hope it will get more positive and they get what they’re after.” In the two tests, Red Bull did 833 laps with Verstappen only managing 394.

The lack of mileage is of no concern to the Dutchman as he feels ready for the challenge. It will be a key task for Verstappen to start the year in a better way after the debacle in 2018 where he did not have any luck until after the Monaco crash.

His father believes that Max did not do anything wrong in the tough period which happened just because of some unfortunate situation and the strong second half was because he continued to take the risks.

“I discuss everything with Max, including during his tough time,” he said. “I don’t think there was anything wrong. It was really the outside world that made a problem out of things. Maybe the conversation after Monaco was hard.

“But if you see how he picked it up from there and how he starts this year, it’s perfect. He was indeed very strong, but he always had to take risks to get the result. If you must take risks, anything can happen.

“That’s why it’s easier to start from the front row, so you don’t have to take risks. But he’s done really well. And when it comes to overtaking, Max is the best.” Speaking about the Verstappen’s growing fans, Jos added:

“In the first place because he is young but also because he is spectacular. And he’s a normal guy who speaks his mind. I think most people appreciate that. He’s likeable and says it the way he sees it.

“He’s also the guy who provides the action on track, which people like. You meet fans all over the place and it will only grow once he starts winning more.” With no Daniel Ricciardo in 2019, it will be to see how Verstappen handles the head driver role.