Jorge Martín has acomplised the second pole position of the season, the eleventh of his carreer, in an exciting qualifying session. Martín had to go to boxes after a breaking the dome of his Honda. He has been the strongest of the session.

At the beginning he had fright at the end of the second turn. The driver has recognized that once he had finished, he preferred to solve his dome problems. Finally the #88 driver of Moto3 has been the best with a pace of 1’46.193.

However, not only the Del Conca Gresini Racing  has been the protagonist of the session. Also, his team mate Fabio Di Giannantonio had a dome break caused by a rock. The Italian rider arrived to the first position thanks to his pace 1’46.346 but he ended third at 0,406 from Martín.

Marcos Ramírez from the Bester Capital Dubai team with aKTM had surprised everyone arriving to the first position in two different occasions (with a pace of 1’42.200 y 1’47.5). He will start at p8 at 0,988 of the poleman.

Another aspect to take into consideration has been the crashes. At the beginning of the session, seven minutes after the start, Darryn Binder was on the floor. The Red Bull KTM Ajo driver wanted to avoid Kaito Toba and he ended up out of the track. The South African driver had to be transferred to the mobile clinic where he had radiographed his knees and ankles. The diagnostic is a dislocated left shoulder and we will miss the tomorrow’s race.

At the Ángel Nietos’s turn (turn 9) the Russian rider, Makar Yurchenko (KTM) had the second crash of the session. The Argentinean Gabriel Rodrigo finished on the floor at the end of the qualifying. Both riders will start from p13 and p20 respectively. 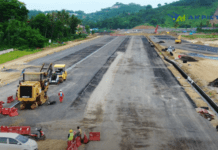 Nagashima may not compete in 2021; videos of Indonesia track emerges 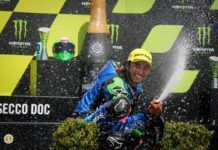 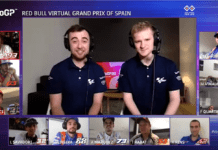 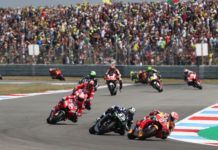