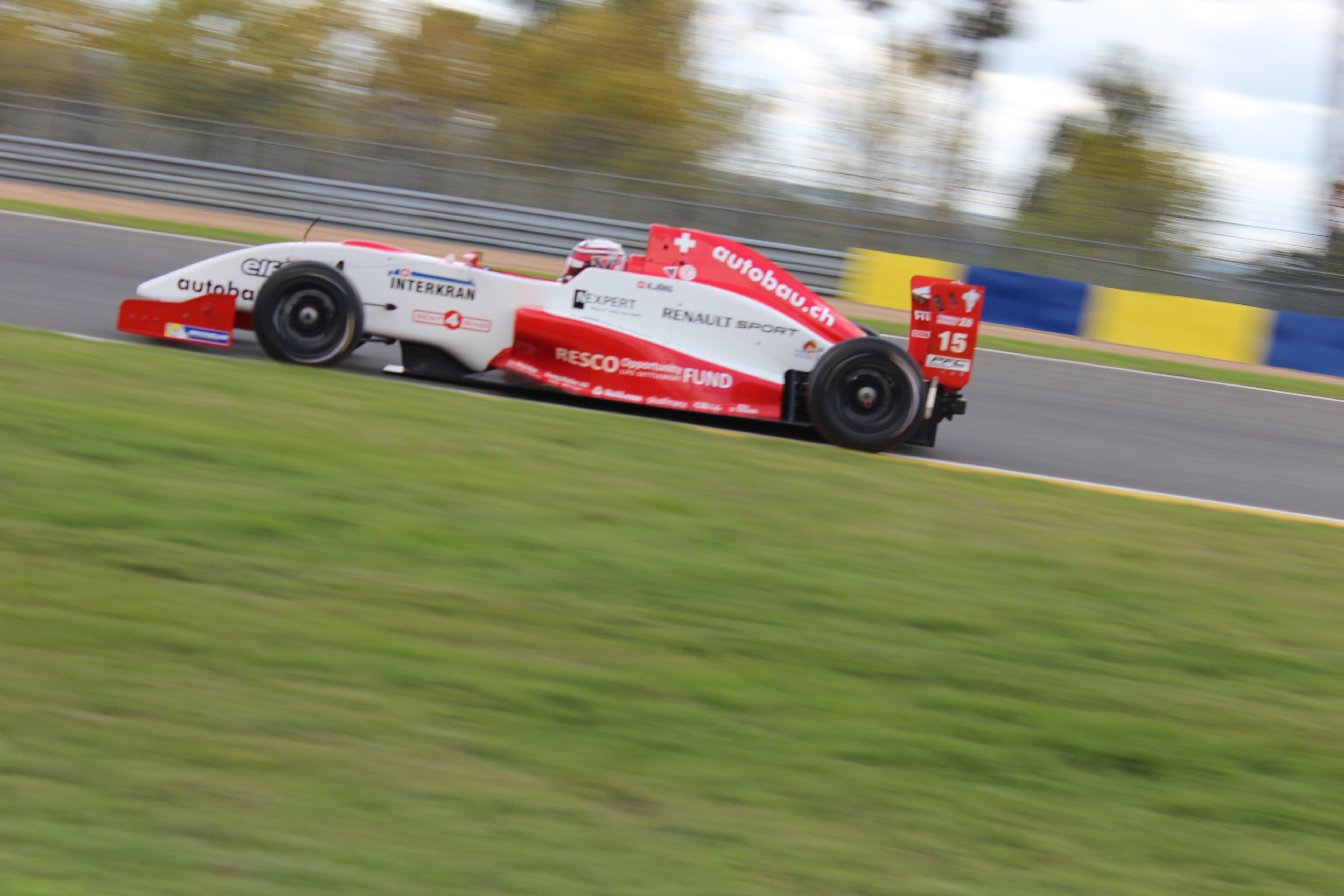 In the afternoon session Ukyo Sasahara was the first to beat the morning’s best time. Harrison Scott (AVF), Anthoine Hubert then Kevin Jörg (Josef Kaufmann Racing) all went better, but the Japanese driver answered. Jack Aitken then took over before there were two short red flag periods. The final sprint went the way of Kevin Jörg with a time of 1:33.667. Jack Aitken, Louis Delétraz, Ignazio D’Agosto and Ben Barnicoat (Fortec Motorsports) completed the top five. The highest placed rookie was Harrison Scott who slotted in sixth overall.

Kevin Jörg : “It was a good day. The track was still a bit damp in many places this morning. It was a bit tricky, but everything was back to normal in the afternoon. It was a bit of a last minute rush following two straight red flags, but I was able to put in a good lap. My plan is to score as many points as possible and to be consistent in the five last races. That will be the key to finishing on top.”

Jack Aitken : “It was a pretty decent day. We were quite strong here during pre-season testing. We were a bit unlucky with the red flags that prevented us from getting the most out of the new tyres, but we still managed to set the second best time. Not making mistakes, doing good testing, good qualifying and good races will probably be the key to winning the title.”

Louis Delétraz : “There was no reason to take any risks this morning because the track was still wet. In the afternoon, the times were really close and putting in a good lap tomorrow will be important. Putting in the perfect lap in qualifying will be needed to start up front. The last two weekends were somewhat complicated where we had the speed but couldn’t bring it all together. Consistency will be primordial just until the last race.”