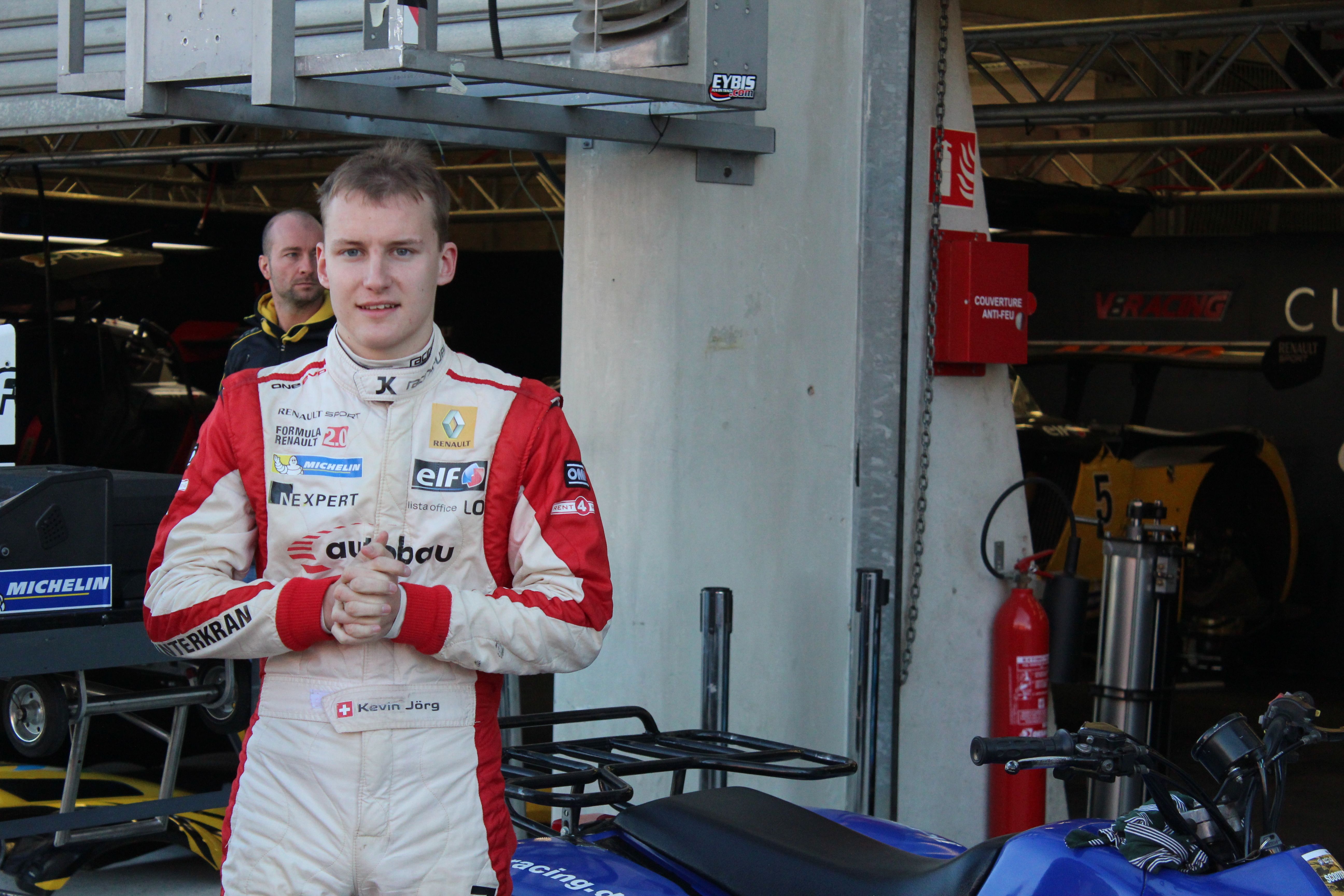 Kevin Jörg has taken his first pole position of the season at Le Mans for Eurocup Formula Renault 2.0. The Swiss beat his team mate in another one-two for Josef Kaufmann Racing. Ben Barnicoat will start on second place.

As far as you know, the Formula Renault 2.0 Eurocup qualifying is divided on two groups. This is very helpful for the last group with a better grip and hot conditions.

This helps a lot to Kevin Jörg without any traffic problems, just a clean track in a perfect lap to set the record of the track with 1:32.871. Then in Group A, the fastest was his team mate and championship leader, Louis Delétraz that took the second spot of the grid in another one-two for Josef Kaufmann Racing.

The second row of the grid will be for two Britons. Ben Barnicoat from Fortec Motorsports and Jack Aitken from Koiranen GP. Third row for another British, Harrison Scott with his AVF, who also finished as the best rookie driver of the session.

A bad qualifying with a lot of track limits problems for Jake Hughes who will start on 13th as the lowest driver of the championship contenders.