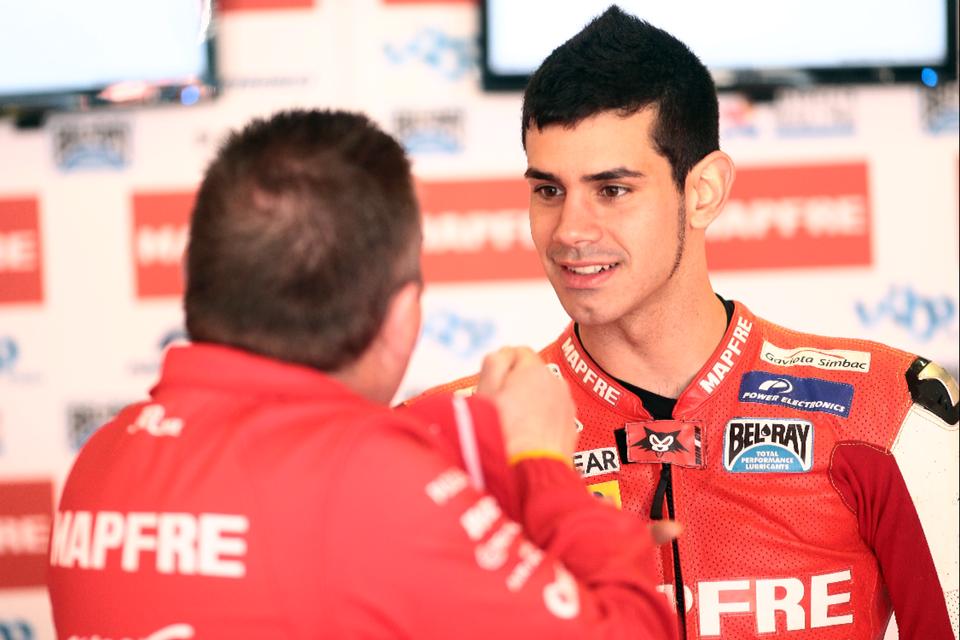 The Aragon GP is a very special week for Spanish riders but unfortunately not for everyone of them as Tito Rabat will be replaced by Jordi Torres in Avintia Racing.

As Rabat continues his recovery after the grievous injury at Silverstone, Avintia Ducati has to fill in a rider as substitute for Rabat with the former Moto2 and current Superbike rider Torres getting a nod for this weekend’s race.

The Catalan rider won’t take Rabat’s motorcycle as he will ride the GP16 which is usually ridden by Xavier Simeon as the Moto2 graduate will once again use Rabat’s GP17 like it was in the previous round when Christophe Ponson rode Simeon’s bike.

It’s not known exactly for how long Rabat will be absent, but several unofficial speculations have assured that he will miss the rest of the season. While waiting for an official statement, Torres has been presented as a new addition to the team.

From Motorland Grand Prix onward, Torres will leave the Superbike World Championship to focus on MotoGP’s premier class. Torres rode in Moto2 early on and scored his first victory in 2013 German Grand Prix.

For Torres this is a great opportunity and he is convinced that he will make the most of it. He also says that he’s eager to get on the bike and test how he can evolve on it. “The first thing is to thank the team for the opportunity they have given me,” said Torres.

“Right now I am excited and terrified, but it is a big challenge to be able to ride such a quick bike as the MotoGP. I really want to try the bike and see how it evolved. I know the high level of the championship and in a weekend it is very difficult to assimilate everything, but I will try to lean as much as possible and take advantage of my experience.”