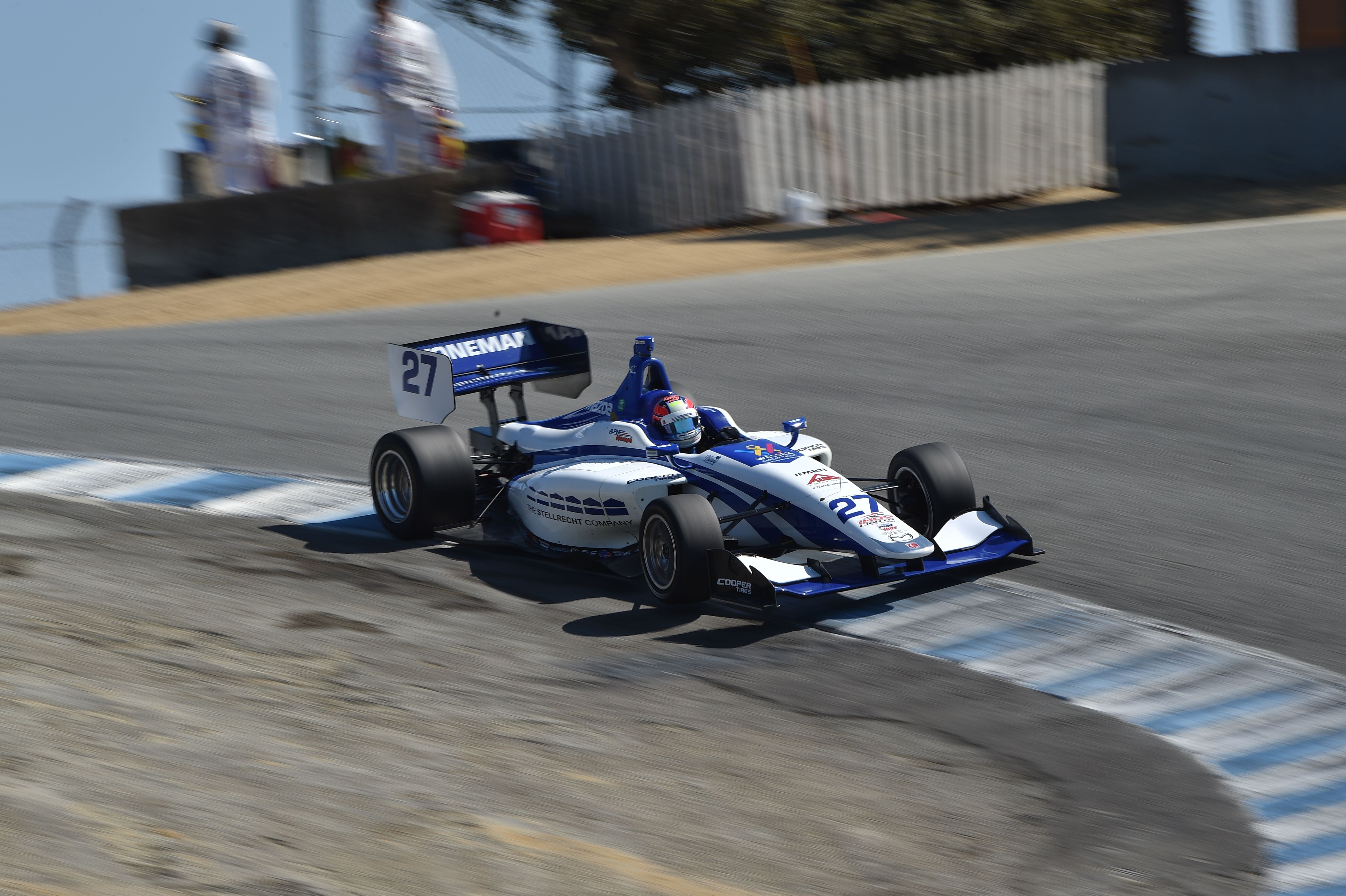 Tension is in the air at California with the Indy Lights season finale where 6 driver can win the title with only one race to go.

Ed Jones (Carlin) who was leading the championship before Mid-Ohio, was the fastest on practice one, ahead of Dean Stoneman (Andretti Autosport) and Sean Rayhall (Team Pelfrey), who is back in the series.

In the second session, Stoneman and Rayhall were the quickest ahead of Shelby Blackstock (Andretti Autosport).