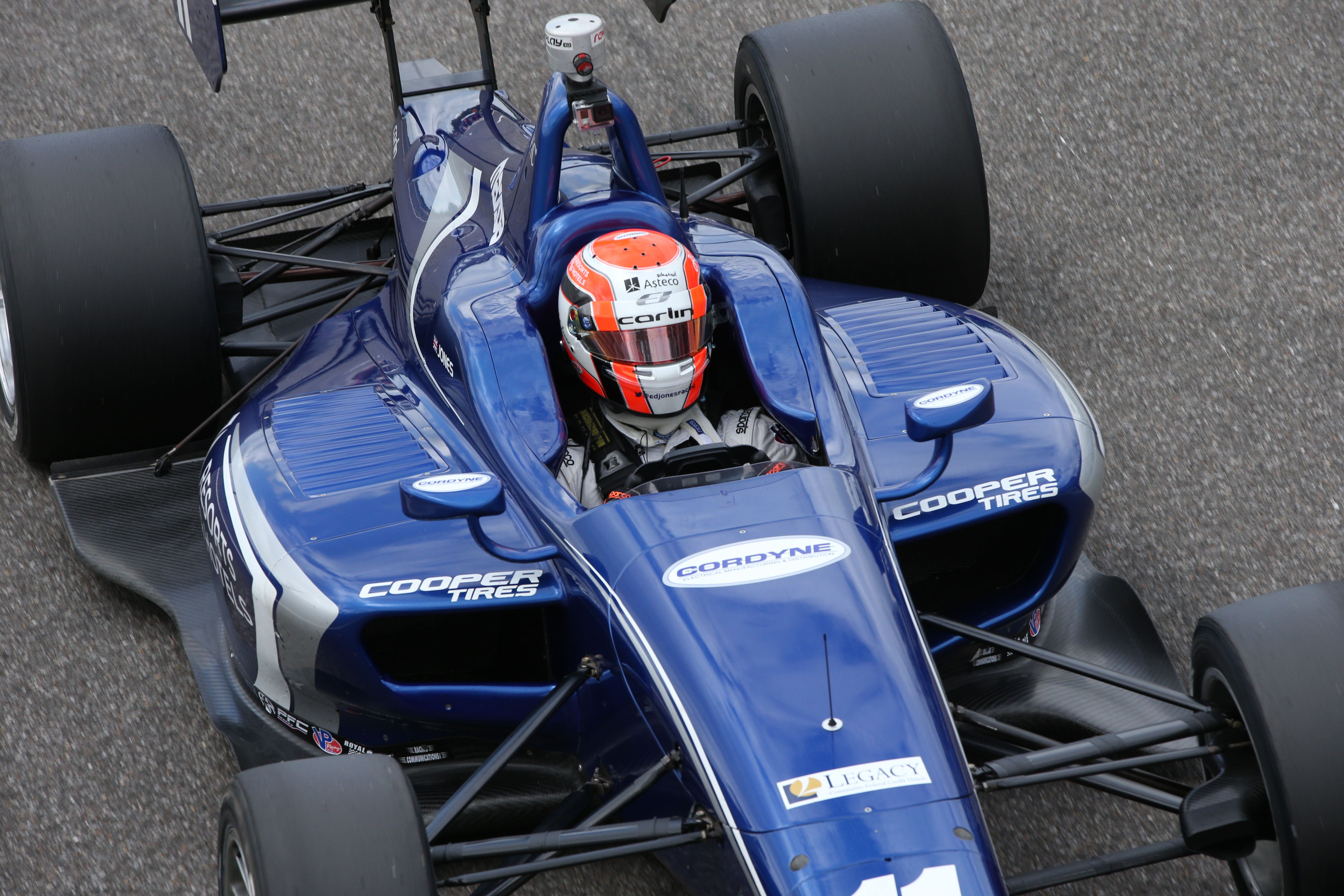 The third weekend Indy Lights, the fourth race of the season had Ed Jones on pole position alongside Dean Stoneman (Andretti Autosport). The Andretti driver couldn’t start the race due to mechanical issues.

So at the start, Jones maintained the lead in front of RC Enerson and Felix Rosenqvist –who started from 7th. Urrutia took fourth as Claman de Melo went from 15th to 10th doing the best start of today.

Urrutia quickly attacked Rosenqvist for third place, but the Pro Mazda champion contact with the FIA Formula 3 European champion, which caused the abandon of Rosenqvist and a penalty for Urrutia.

Thanks to this manoeuvre, Scott Hargrove took third place. The Team Pelfrey driver wanted more, and made contact with RC Enerson. Enerson managed to continue in the track, as Hargrove damaged his car and abandon the race.

After the accident, Ed Jones was leading the way in front of his team mate, Felix Serralles. A result that came true when the nº11 machine crossed the line to win his first race this year.