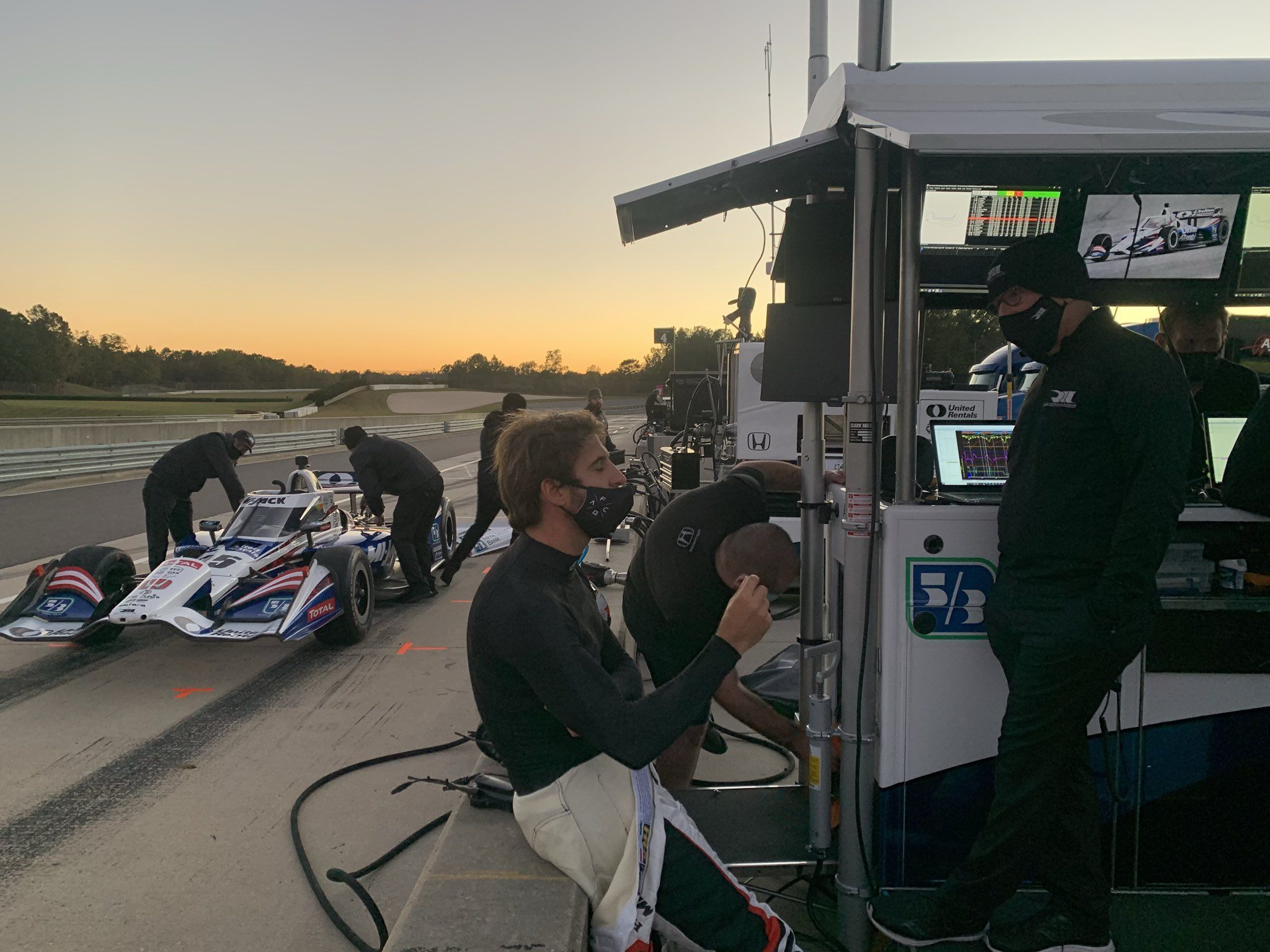 CGR’s Jimmie Johnson says he needs to work on his commitment when driving in IndyCar after a test at Barber as Antonio Felix da Costa has his first run with RLLR.

Though he took the wheel of the #10 Chip Ganassi Racing car at an IMS test this summer, Johnson drove an appropriately-liveried #48 IndyCar of the team’s for the first time on Monday in a post-season test at Barber Motorsports Park.

It was a test wherein all drivers switching teams – of which there are a multitude – got acclimated with their new outfits, and so too did Johnson, who also worked to familiarize himself with driving IndyCars.

The decorated seven-times Cup Series champion was challenged by the taxing road course, and was cautious in his first laps as a fully-fledged IndyCar driver. He ended his day without incidence, and made progress on various fronts in his efforts to get used to a foreign car, team, and series.

“I’m still working on the boundaries. I would say the low-speed stuff, I have a good sense of it, seem to be on pace, where I need to be. Faster turns with the vehicle speed creates more downforce, I’m just not used to that environment. I’m used to trusting that all the years that I spent in the heavy NASCAR vehicles without much downforce.

“That’s the challenge right now, to carry a bit more speed in, use a lot less brake, let the vehicle create the grip and the downforce from the corner itself,” said Johnson, who explained that high-speed corners, which demand a heightened level of commitment, are his biggest area of weakness at the moment.

“They handed me a sheet that compared me to Dixon,” the American began to explain. “The slow-speed stuff I was really trending well, didn’t have a lot to work on there. It was the high-speed corners, the flat-out corners where you have to trust the vehicle, trust the downforce that the vehicle provides.

“That’s where I had my biggest gap. I assume that’s still the case. I look forward to more reps really to help close that gap,” Johnson continued, adding: “I would love to be within a second of the guys. I’m not there quite yet. Taking big chunks out of it each time I’m on track.

“There’s really no runoff. If you go off, you’re in the grass, into a barrier. More important to me is logging every lap I can just because I’m starting at ground zero. I feel like that’s more important than anything, although I’m eager to look at the sheet, see how far I’m off, how much ground I need to make up. I’ll keep a close eye on that,” said Johnson.

Mindblown. @BarberMotorPark is known for being a very intense track but the amount of commitment level to drive a lap in an @IndyCar is insane.@CarvanaRacing pic.twitter.com/kQMfXQ78L6

Elsewhere in the paddock, another driver new to the series made an appearance, this being Da Costa. Though not signed up to IndyCar for 2021, the reigning Formula E champion tested with Rahal Letterman Lanigan Racing, afterwards saying, “What a day! I feel like an 18-year-old kid again, going through new experiences – it’s what we live for. Massive, massive thanks to RLLR – what a day. Bobby [Rahal], thank you so much, thanks to all the engineers, the crew, the mechanics, and we didn’t actually end the day too bad.

We imagine he has a big smile right now.

“[There are] a few things to still understand and learn from, but [I’m] very close to the top runners, so I’m happy with that. Hopefully I’ll be back soon,” Da Costa added, having finished an impressive 12th on the time sheets – 9 positions higher than Johnson, who had the benefit of experienced teammates to learn from.

If you would like *all* of the data from today… Jimmie ran the most laps. pic.twitter.com/uG1d1gQc86