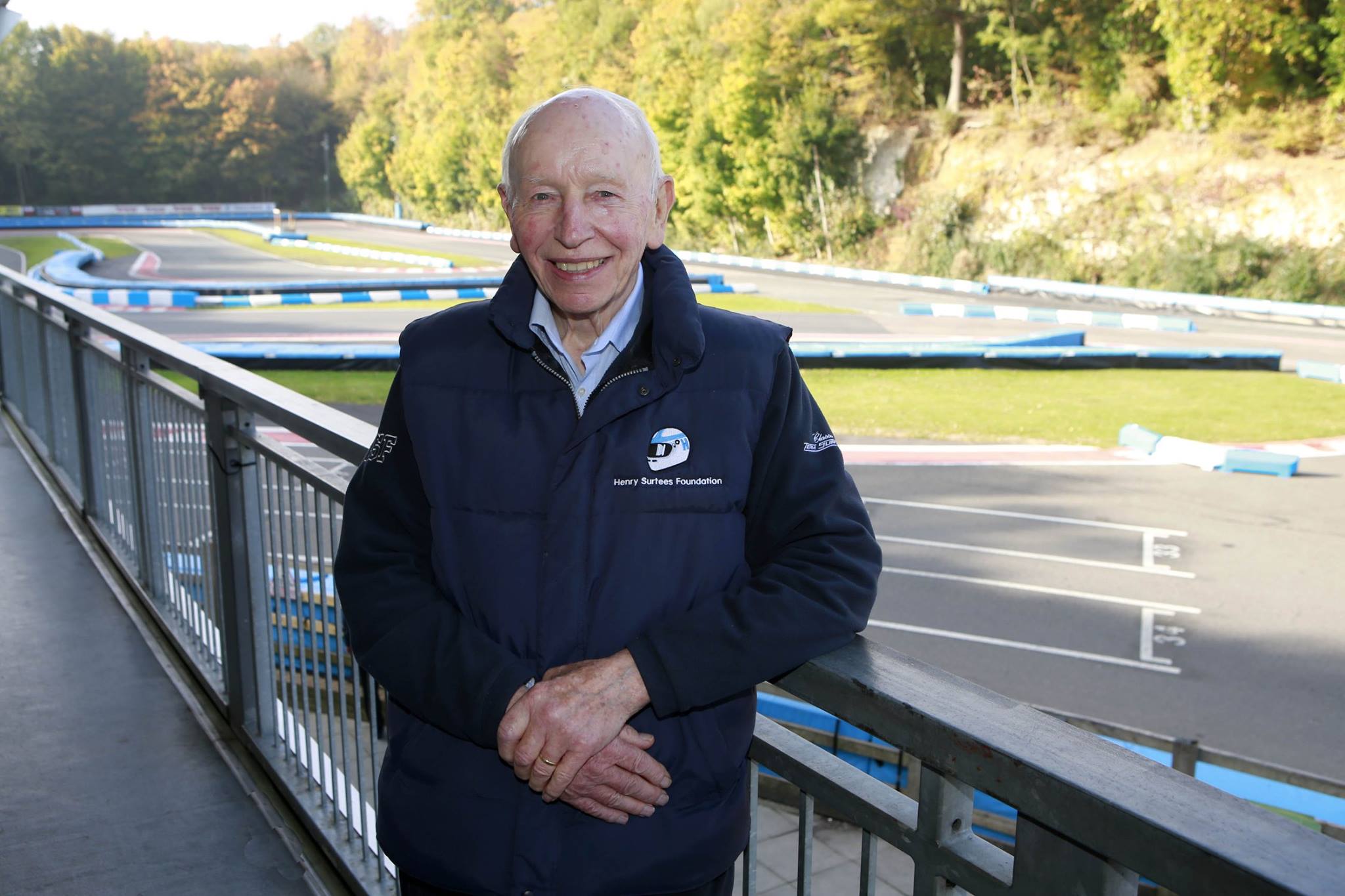 John Surtees started his career in motorcycles in 1955 and won seven world champion title between 1955 and 1960 – three in 350cc and four 500cc. After that, he entered Formula One with Lotus in the 1960 Monaco Grand Prix. He joined Ferrari in 1963 and became World Champion the year after. In the meantime, he took part into the 24 hours of le Mans with a third place as best result in 1964. In 1970, he founded his own team named Surtees which lasted until 1978.

After the 70s, Surtees retired from competition but eventually became chairman of the A1 Grand Prix championship between 2005 and 2007. He definitely retired from motorsports following his son’s death. Henry Surtees passed away after an accident in Brands Hatch in the Formula 2 championship in 2009 aged 18. He created the Henry Surtees foundation to help accidental injured people.

He was appointed Commander of the Order of the British Empire in 2008. His foundation published a press release stating he was admitted to St George’s hospital with an existing respiratory condition and he passed away little after. He remains today the only World champion both in Formula One and in Motorcycles.