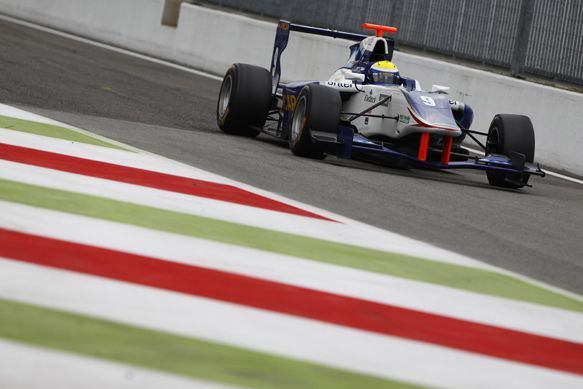 Jimmy Eriksson grabs pole position for Koiranen GP on the last minutes of qualifying in Monza, ahead of Dino Zamparelli and Nick Yelloly.

In the first attempt Alex Lynn from Carlin took the lead and held it until all the drivers went for a pit stop before the second attempt. 10 minutes before the end of qualifying  leadership has changed between Alex Lynn and Nick Yelloly. Finally, Jimmy Eriksson showed the fastest time, ahead of nearest rival Dino Zamparelli by 3 tenths. Nick Yelloly finish session only third.

Richie Stanaway, who was sometime second during the session, showed only fifth time, Emil Bernstorff finish the session on fourth place.

Robert Visoiu will start seventh, ahead of Marvin Kirchhofer (who balked Lynn on his second run), Patrick Kujala and Dean Stoneman.