Jerome Stoll is to remain as Renault Sport Racing head after his replacement Thierry Kokas decided to leave the company.

Thierry Koskas was announced to replace Jerome Stoll on November 15, 2018 with the former scheduled to take charge of the office from January 1, 2019 onward. However, it didn’t happen as Thierry Koskas decided all-together to leave the company.

No press release was shared by Groupe Renault apart from a message on its social media stating: “Jerome Stoll will continue in his role as President of Renault Sport Racing following the departure of Thierry Koskas from Groupe Renault.”

As such, Jerome Stoll will remain in the position where he is supposed to report to Groupe Renault’s Chairman and CEO, Carlos Ghosn – who is under investigation himself – while working alongside Renault Sport Racing’s Managing Director, Cyril Abiteboul.

The term of his office is unclear and also the reason behind Thierry Koskas leaving abruptly. Stoll was appointed as the president in 2016 when Renault returned to F1 as a manufacturer outfit. It has been a mixed period in terms of results for the team.

It signed McLaren as its customer team but lost longtime partner Red Bull Racing, who decided to move on to Honda. The team also gained the services of Daniel Ricciardo as the Australian joins Nico Hulkenberg to make up a formidable pair from 2019 onward.

The team has a big task in 2019 as it tries to catch the likes of Mercedes and Ferrari while stay ahead of Honda. Going by their mission to win the constructors’ title in five years time since they came in the sport, they sure need to finish on the podium at the least in 2019. 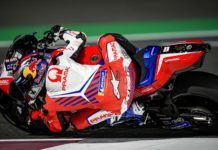