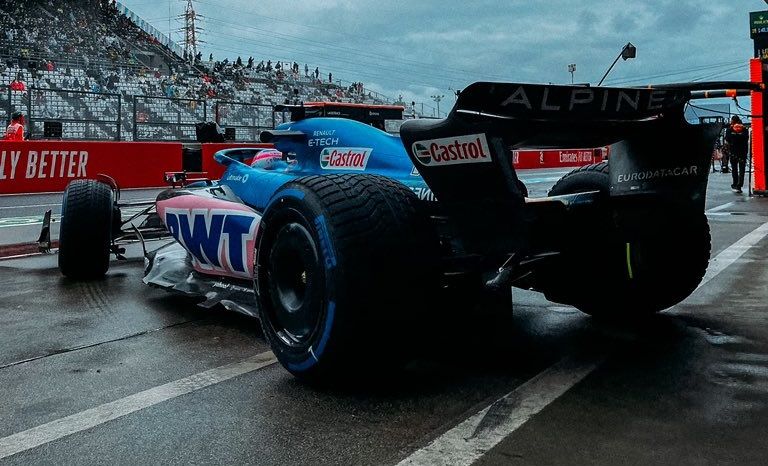 The drivers were greeted with wet weather conditions at the returning Suzuka in FP1 of F1 Japanese GP as most stayed indoors for long into the session. Only few ventured using the wet compounds after which they switched onto the intermediates.

It was still raining at certain parts of the track while they ran on the intermediate compound. The limited running saw off moments for Williams’ Nicholas Latifi, McLaren’s Daniel Ricciardo and the Ferrari pair of Charles Leclerc & Carlos Sainz.

Alfa Romeo’s Zhou Guanyu was 11th where the Finn and Chinese racer did venture out on full wets towards the end of the session. McLaren’s Ricciardo was 12th from Mercedes’ Lewis Hamilton, Aston Martin’s Lance Stroll and Williams’ Alexander Albon in Top 15.

The first of AlphaTauri of Pierre Gasly slotted in 16th from the other Williams of Latifi, while Mercedes’ George Russell was 18th, AlphaTauri’s Yuki Tsunoda 19th – in his home F1 race – and Aston Martin’s Sebastian Vettel 20th.

Post the practice starts for the drivers who ventured out late in the session using the full wets, it wasn’t the best end for Haas’ Schumacher, who lost it at Dunlop Curve on a puddle and smashed his car on the barrier in a heavy front damage to the car.