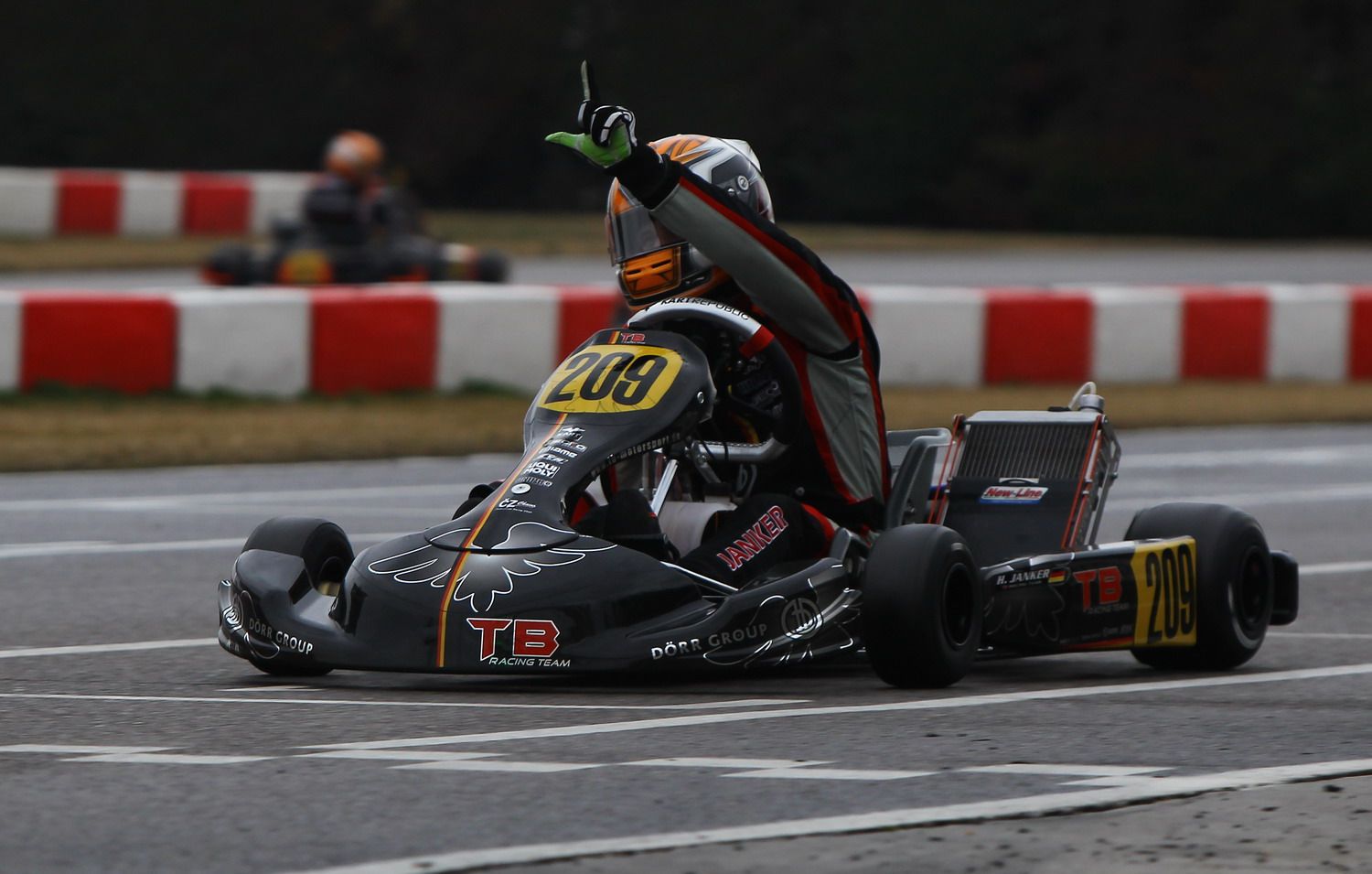 It was easy to see right from the start that the OK Winter Cup at Lonato would be a matter of two drivers fighting for the win. Nielsen and Janker traded places during the first lap, until the KSM driver was able to get a comfortable gap while he dictated the pace of the race. In the meantime, David Vidales took third place during the first lap, while Travissanuto was fourth and CRG driver Pedro Hiltbrand stayed in fifth.

The first part of the final race saw the gap between Nielsen and Janko expand and contract gradually. On some laps, the KSM driver would be one second faster while on others, his KR rival would reduce the advantage to less than two tenths of a second. Behind the duo at the front, Travissanuto managed to overtake Vidales in what was an exciting fight for third place. Despite this, the Italian was more than two seconds away from the top.

However, Travissanuto would focus all the attention on himself for the wrong reasons when he ran wide and went down to eighth place. Unfortunately, this was not enough for Vidales to climb to the podium, as he was overtaken by Zug just before the Italian’s mistake. On the following group, Hodgson overtook Hiltbrand and nabbed his fifth place and as the race progressed, while Vidales fell to sixth.

On the 12th lap, the Catalan driver from CRG retook his position by overtaking Hodgson and climbed up to fourth, taking advantage of Zug‘s falling pace. He was eventually overtaken by Vidales and Travissanuto.

With five laps to go, Janker was all over Nielsen and on the last corner jumped on the inside to take first place. Behind, Travissanuto overtook Vidales and took fourth place. At that point, the race was pretty much over, as Janker had a superior pace. Helped by Nielsen’s problems, losing four seconds in four laps, Janker escaped with the win ahead of Nielsen and Pedro Hiltbrand, the last man on the podium. Hodgson finished fourth ahead of Travissanuto and David Vidales, for Tony Kart.

The other Spanish drivers were Carlos Martínez in 29th place and Alejandro Lahoz, who was forced to retire.