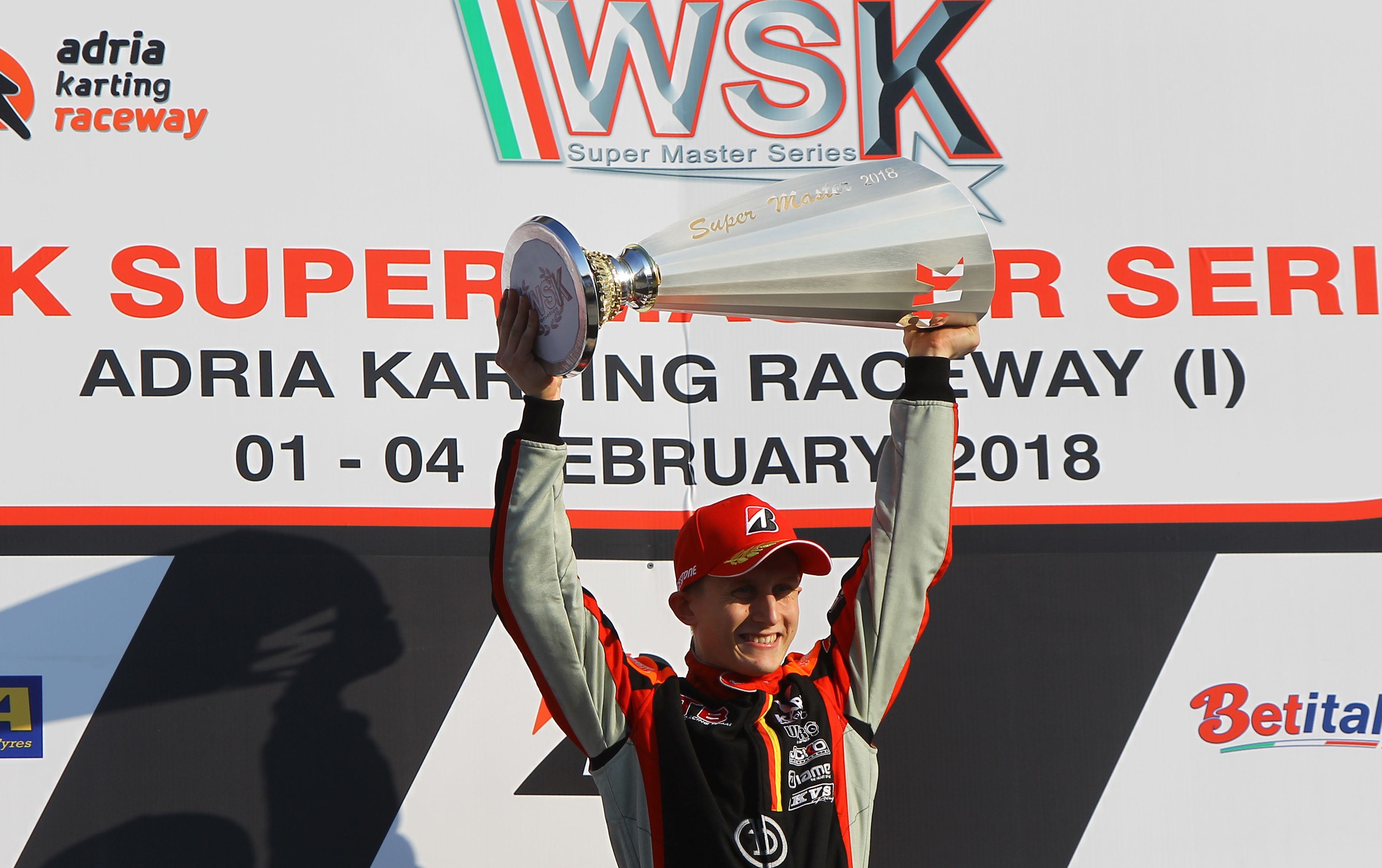 The start has left no place for surprises and Lorenzo Travisanutto, team mate of Janker, has maintained the first position. Behind, David Vidales passed Janker, while Hiltbrand was placed fourth and Stanek fifth.

The first ones to escape were Travisanutto and Vidales. Janek began his particular comeback that would lead him to victory, overtaking the spanish CRG driver, Pedro Hiltbrand. Nielsen, who finished third, also overtook Pedro in the second lap.

In the third lap, Vidales has overtaken the Italian and he has escaped. In the fifth lap, Janker, who was third, started to close the gap with Travisanutto. One lap after, Nielsen, who also came with a very fast pace, has been placed fourth after he passed Stanek.

Travisanutto, along with his teammate, Janker, has caught Vidales after the half of the race arrived. Although both drivers have tried to pass Vidales, only the Italian of KR has been able to overtake him. Two laps after, Janker has also passed the Spanish driver. Meanwhile, behind, Nielsen fixed on the podium positions and he has pushed very much. Soon, he has caught Vidales, who was already running third after leading almost half race before he was overtaken by two drivers from KR.

The 12th lap was the chosen by the Norwegian KSM driver (team of the Schumacher family) to overtake the Spanish driver and occupy the third position, a place that has never left during the race.

Shortly after, Janker surpassed his partner, Lorenzo Travisanutto, to place himself in first position. Nielsen, although he has been close to the Italian driver, has not been able to pass him and he has finished third. Out of the podium, Vidales has crossed the finish line in fourth position, Ferrari fifth, Hiltbrand sixth and Stanek seventh.