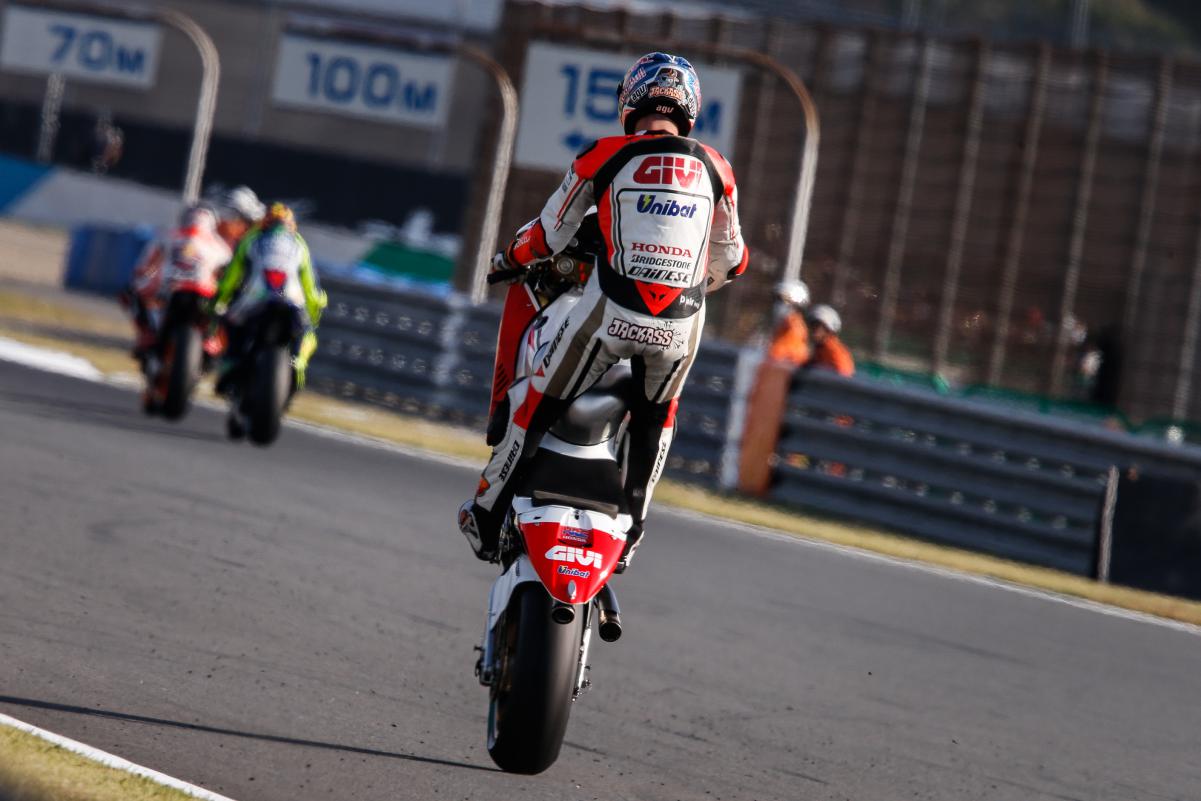 Having reached an agreement with Honda Racing Corporation, the Marc VDS Racing Team can confirm that they will run two bikes in the MotoGP™ class in 2016.

Tito Rabat will step up from Moto2™ to campaign a factory Honda RC213V in Team Estrella Galicia 0,0 Marc VDS colours, as previously announced. Riding alongside the former Moto2™ World Champion will be 20-year-old Australian, Jack Miller, who will race in the traditional livery of the Marc VDS Racing Team.

Miller’s current crew, headed by experienced Chief Engineer, Cristian Gabarrini, will join the Australian in the Marc VDS Racing Team for the 2016 season.

Like many Australians before him Miller, who hails from Townsville in North Queensland, started his racing career on dirt bikes. Having racked up six Australian titles on the dirt he then switched his attention to road racing, with similar success.

The success continued following a move to Europe, where Miller won the 2011 IDM 125cc Championship aged just 16 and was rewarded with a ride in the Moto3™ World Championship the following season.

Miller joins the team for his second season in MotoGP™, having jumped into the premier class in 2015 straight from Moto3™, following a titanic season long battle that saw the Australian lose out on the World Championship title by just two points to eventual winner, Alex Marquez.

Jack Miller: “I am very enthusiastic on this possibility with Honda and the Marc VDS Racing Team. I know Marc VDS is a good, strong and experienced team, and they can build a good structure for me to fight for good positions next year. As we both have already one year of experience from the top class, I feel that we can gain from the experiences we have to achieve good results together with Honda.”

Michael Bartholemy: Team Principal: “It’s good to be able to finally welcome Jack to the Marc VDS Racing Team. We wanted Jack in 2013 because we could see he had the talent to succeed and that hasn’t changed. This was always going to be a difficult transition season for him, having jumped straight onto the MotoGP bike from Moto3, but he’s done a solid job so far. Next year Jack will benefit from having the Marc VDS Racing Team behind him and, together with a competitive bike, I’m confident that this is exactly what he needs to realise his full potential.”

Marc van der Straten: President, Marc VDS Racing Team: “We are happy to welcome Jack to the Marc VDS family, even if he is 12 months late arriving! He comes to the team with a year of experience in MotoGP and I expect to see him well inside the top ten on a regular basis next season. For the team it is good to have two riders in the premier MotoGP class; they can learn from each other but, equally importantly, they can push each other every weekend. Both Jack and Tito are ultra-competitive and I expect we’ll see some exciting battles between the two of them next season!”