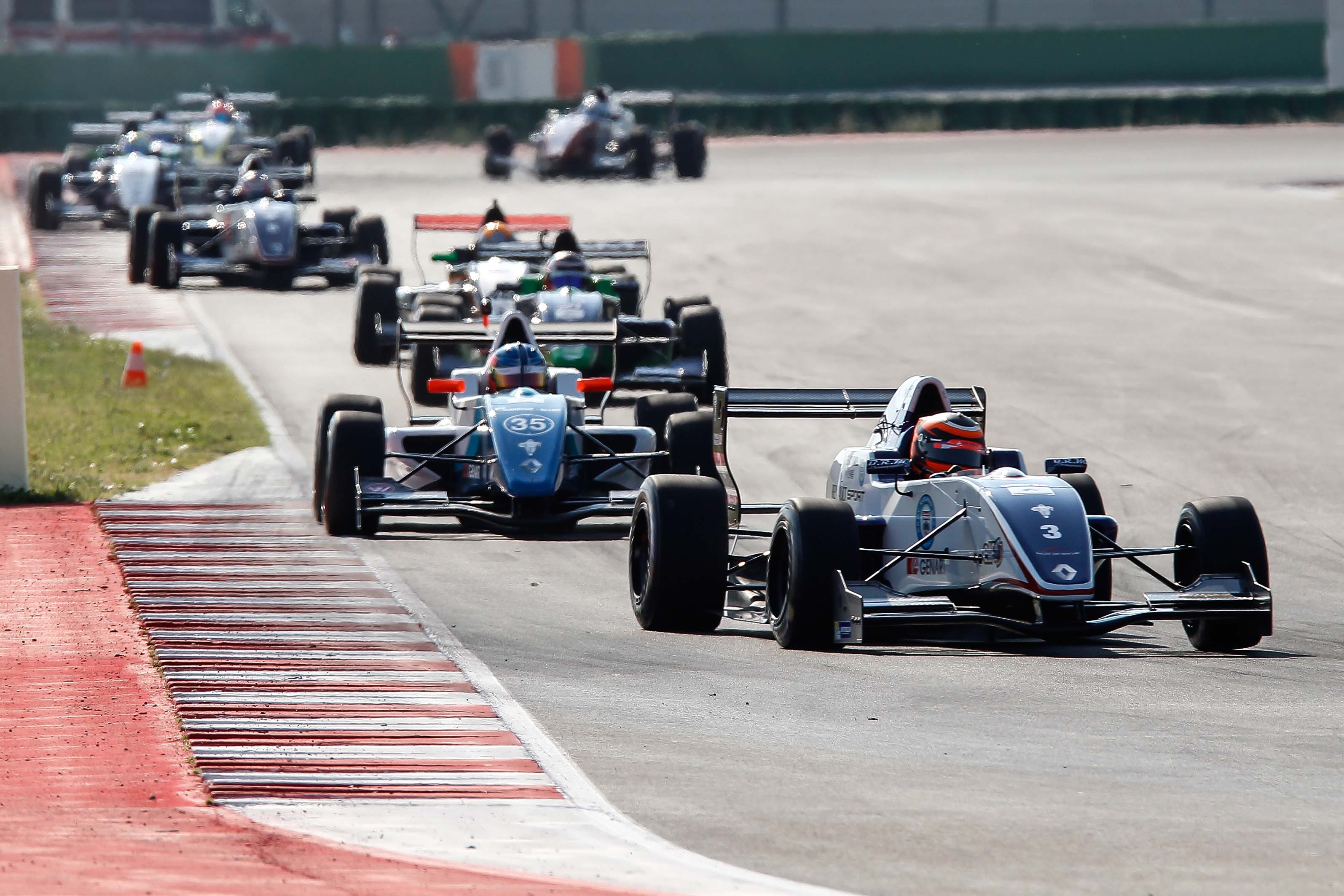 Anglo-Korean Jack Aitken set the fastest time of 1:40.571 at the end of the two free practice sessions at Jerez de la Frontera, for the last round of the 2015 Formula Renault 2.0 ALPS. The Koiranen GP driver, pays 12 points from his team mate and championship leader Jake Hughes, with Matevos Isaakyan and Thiago Vivacqua, both under the JD Motorsport banner, as well as Stefan Riener (Fortec Motorsports) still fighting for the title.

On the Spanish track Ben Barnicoat, him too with a Fortec Motorsports’ car, was the quickest in free practice 2, when he lapped 1:41.457. Just one red flag has been shown in the afternoon, due to the astroturf damaged at turn 10 after Alexey Korneev (JD Motorsport) went out there.

In the first session Isaakyan finished second, 23 milliseconds behind Aitken and ahead of Barnicoat, Martin Kodric (Fortec Motorsports) and Anthoine Hubert (Tech 1 Racing), who rounded out the top-5.