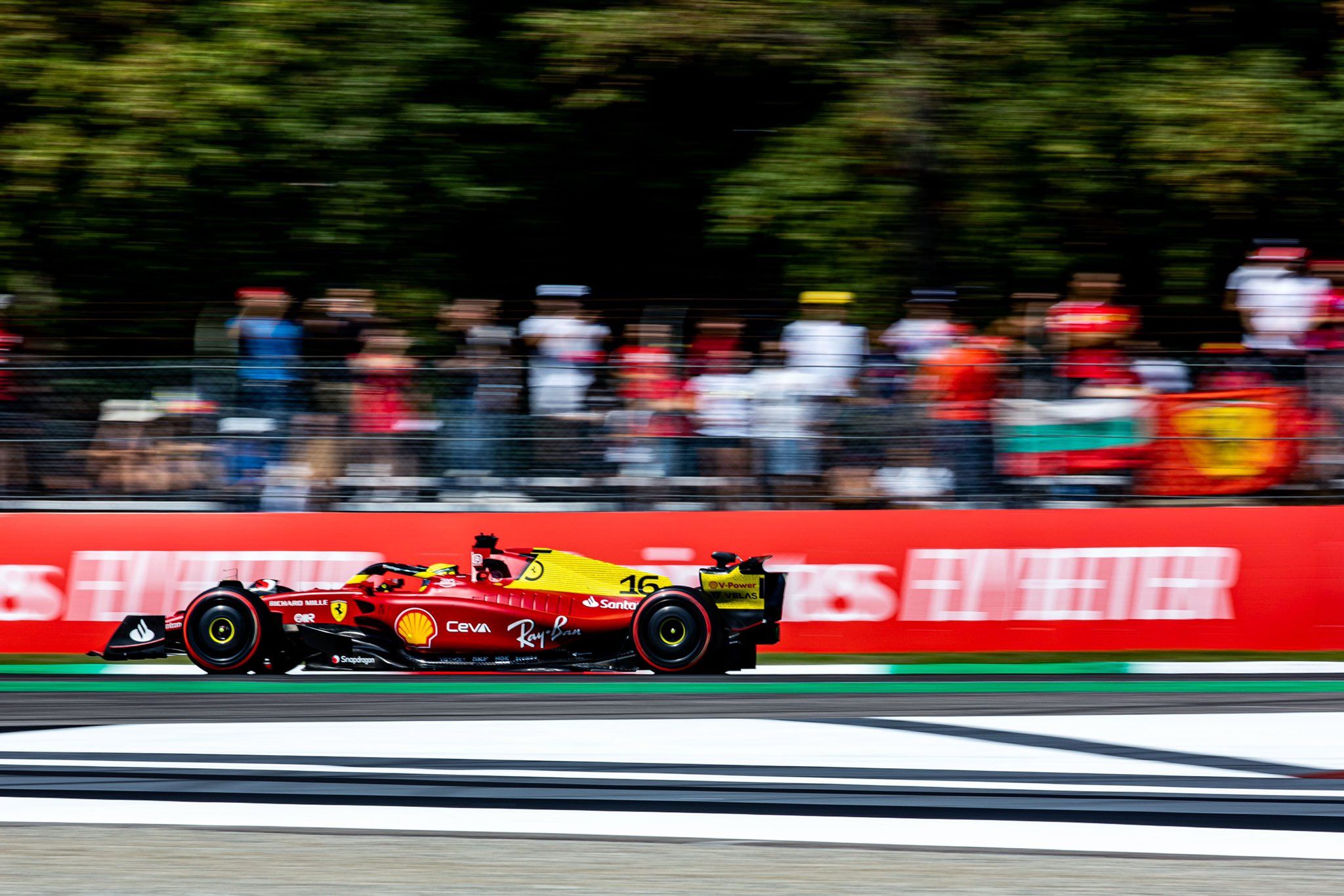 The first part in F1 qualifying in Italian GP at Monza saw Ferrari practice tow where Charles Leclerc was aided by Carlos Sainz to lead the way after setting a 1m21.280s lap with the two separated by just the 0.068s gap.

But Red Bull’s Max Verstappen did another lap to faster with a 1m20.922s lap ahead of Leclerc and Sainz. Amid lap deletions, both the Aston Martin and Haas drivers were knocked out as replays showed big moment for Mick Schumacher at Turn 1.

The last row of the grid had the Haas pair with Kevin Magnussen (1m22.908s) in 19th from Schumacher (1m23.005s), where the Dane’s quick lap was also deleted. It didn’t matter though as he was already set to be knocked out.

The second part in F1 qualifying at Monza saw Ferrari’s Sainz set strong pace to start the session with a 1m20.878s lap as teammate Leclerc was second after going around the second time. His initial lap was ruined by a moment at Turn 1.

Red Bull’s Verstappen was third as AlphaTauri decided to end Yuki Tsunoda’s session early, with the Japanese driver not venturing out to set a lap. The final quick lap for Williams’ de Vries got destroyed at Turn 4 when he went off to take recovery action.

The third part in F1 qualifying in Italian GP saw Ferrari pair lead he way provisionally, with Sainz on top after setting a 1m20.584s lap. Leclerc rightly slotted in second from the Red Bull pair of Verstappen and Perez, with Mercedes’ George Russell in fifth.

Lack of grip for Alpine’s Fernando Alonso forced him to abort his first quick lap where they decided to run in the gap. The final run saw Ferrari’s Leclerc improve to a 1m20.161s lap to take F1 Italian GP pole at the team’s home event at Monza.