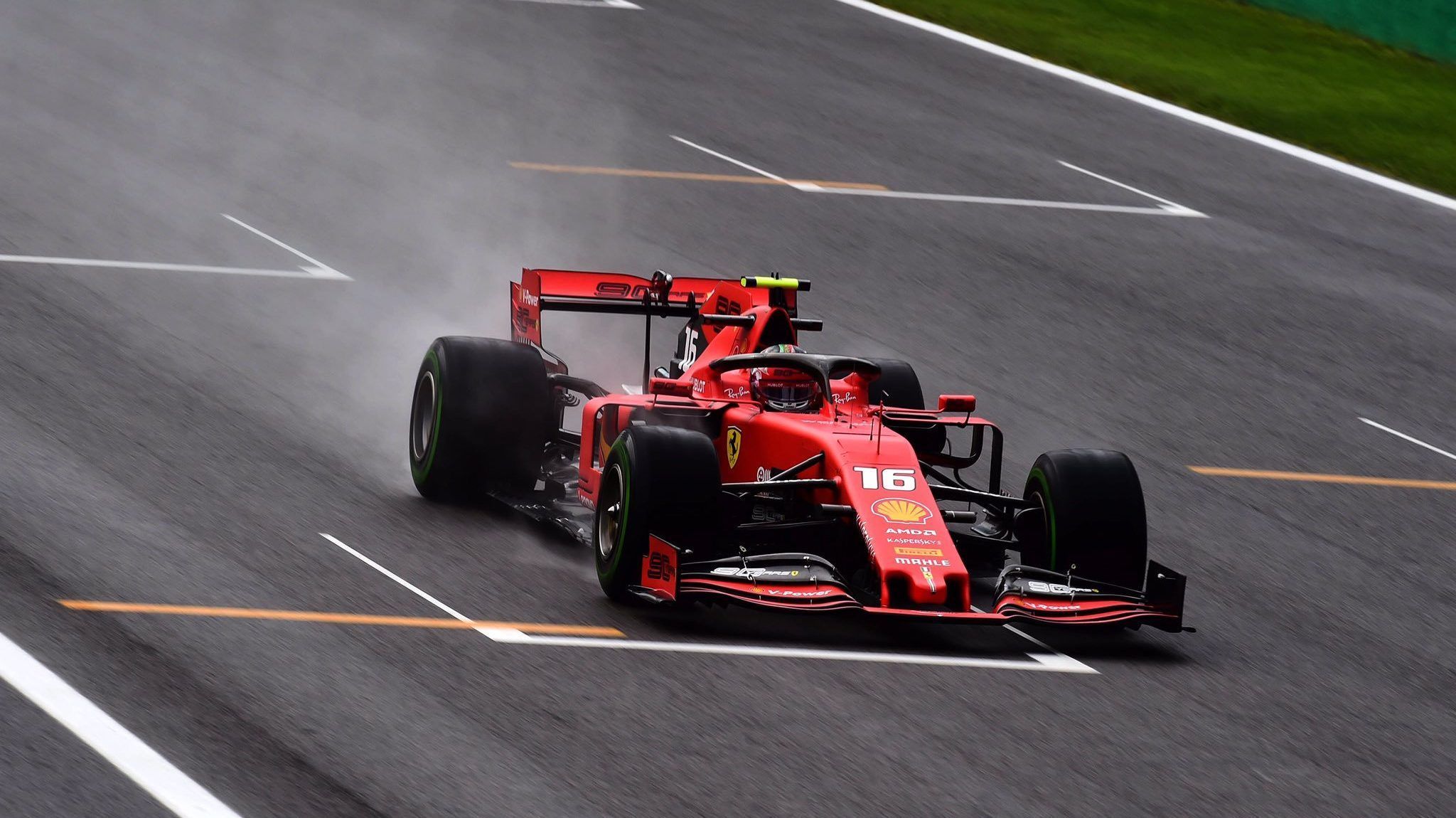 It was wet FP1 session to start the F1 Italian GP weekend at Monza with three red flags disrupting the runs. Alfa Romeo Racing’s Kimi Raikkonen was the first to cause when he lost the rear at Parabolica.

It was not even a lap in after re-start that Racing Point’s Sergio Perez went off at Ascari, where he suffered damage to front and rear end. It was the same corner where McLaren’s Carlos Sainz lost control.

A brief red flag was then waved for a spin for Toro Rosso’s Pierre Gasly at Turn 1 as the Frenchman got stuck on the sausage kerb and had to be pushed back by the marshals, before he got going.

There were multiple offs in slippery conditions, with many going long at Turn 1. By the end of the session, with dry line appearing, the drivers started to complete few laps on the dry compounds.

Leclerc ran the medium compound as opposed to the softs for the rest apart from Ferrari teammate Sebastian Vettel (1m30.507s), who was eighth. Ahead of him were the two Red Bull Racing drivers and a Toro Rosso.

The Williams drivers were 17th and 18th with Robert Kubica (1m37.816s) ahead of George Russell (1m38.421s) as Perez and Raikkonen had no time set even though the Finn had his car fixed up.